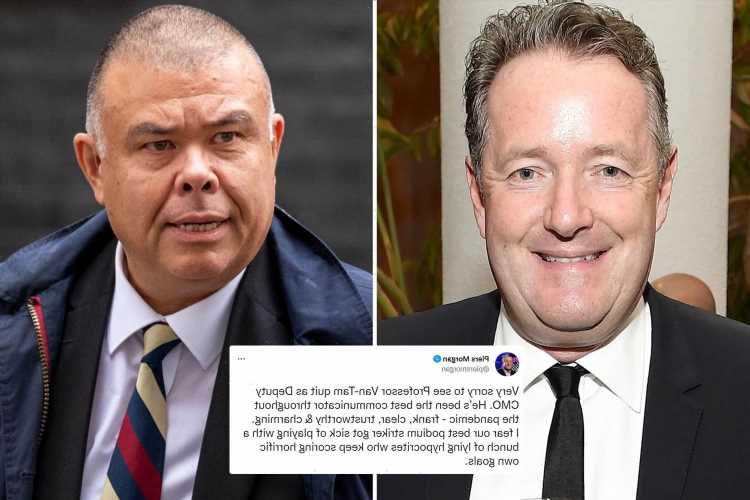 PIERS Morgan praised the "charming" Sir Jonathan Van-Tam and said he was sorry to see him go after the deputy chief medical officer sensationally quit.

The outspoken broadcaster said he fears the Professor "got sick of playing with a bunch of lying hypocrites who keep scoring horrific own goals." 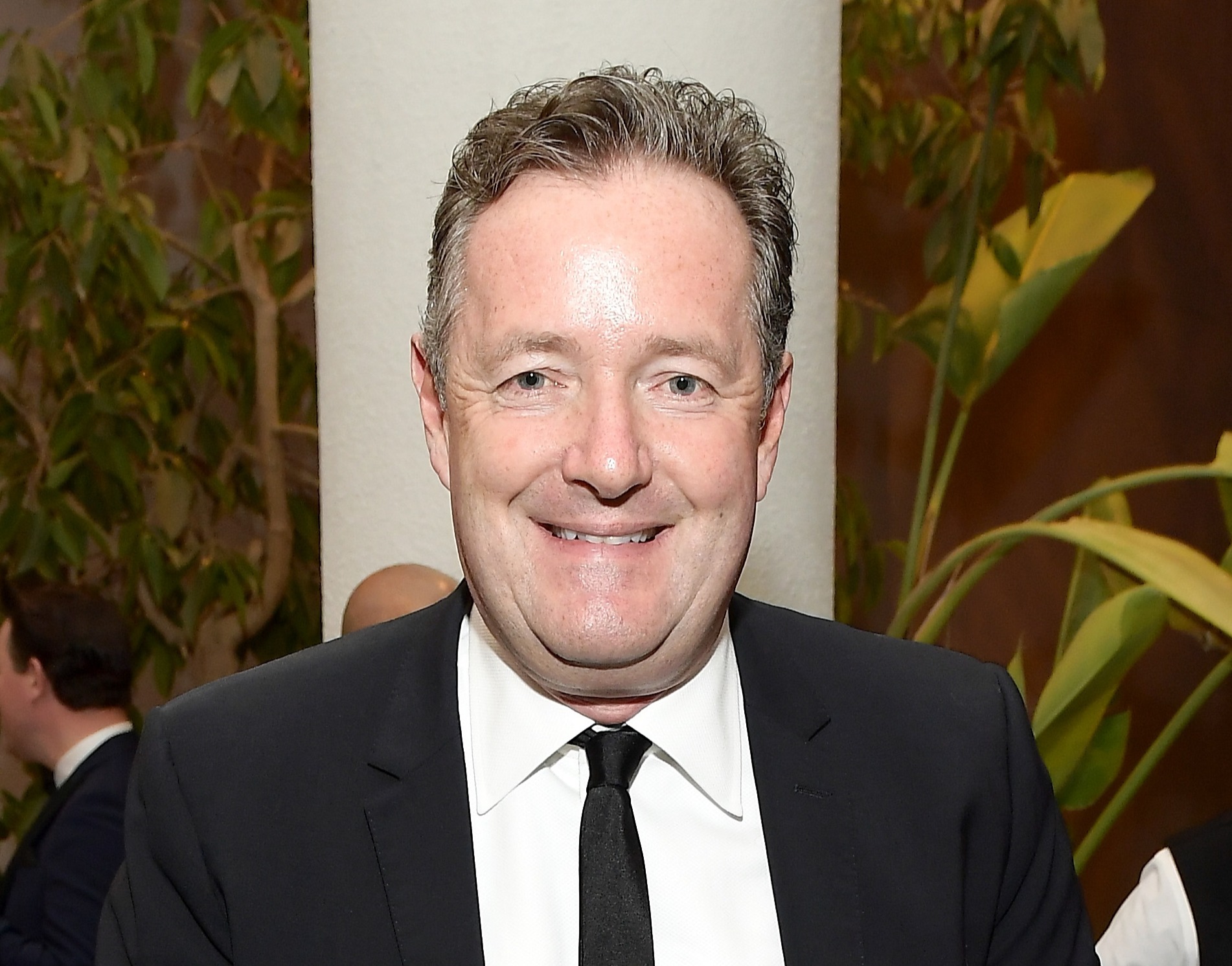 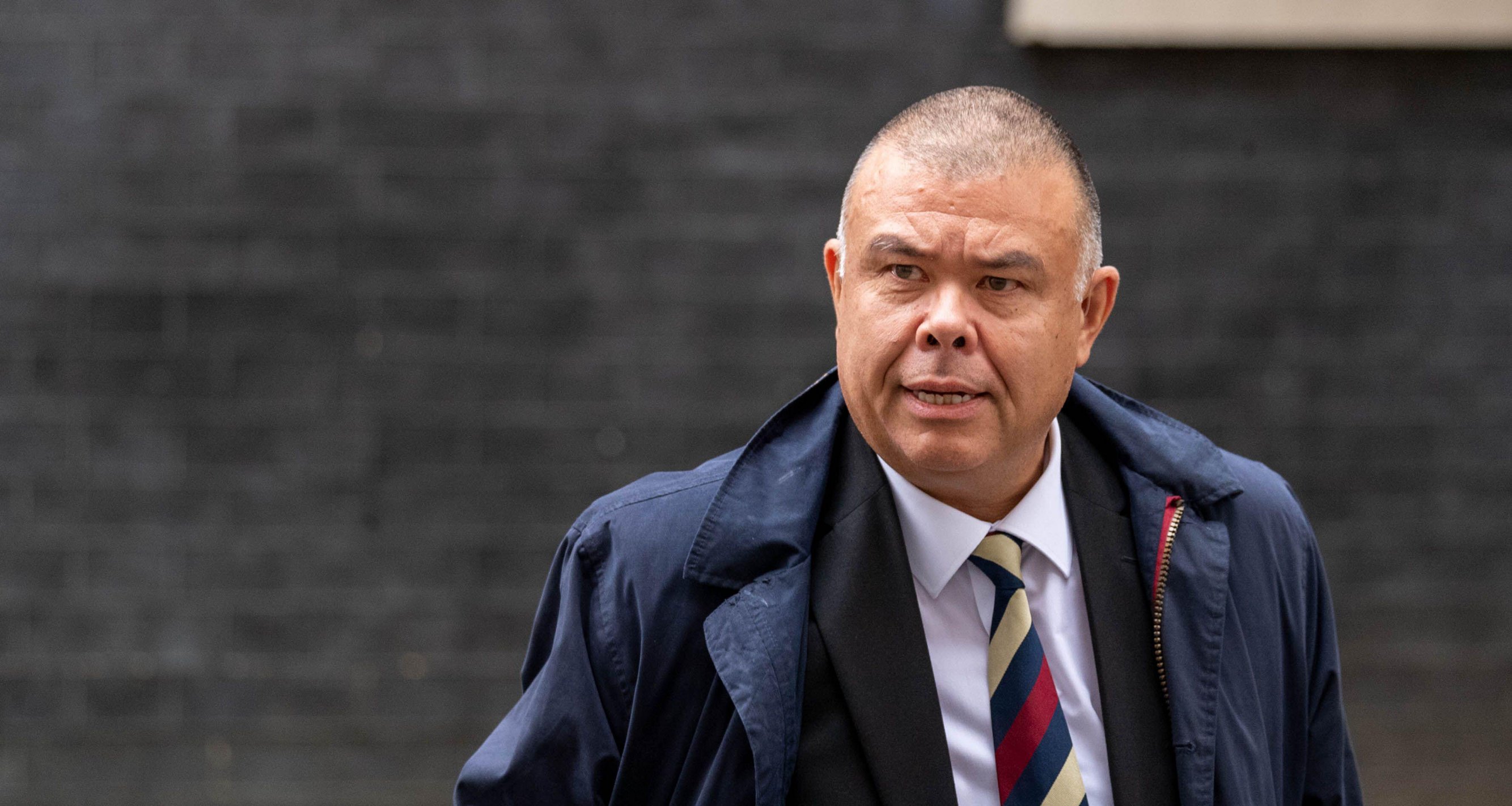 Prof Van Tam announced he would be leaving his secondment at the Department of Health in March and returning to his post at Nottingham University.

His explosive departure is seen as a blow to Boris Johnson, who loses one of his most respected scientific aides while he fights for his political career.

"He’s been the best communicator throughout the pandemic – frank, clear, trustworthy & charming.

"I fear our best podium striker got sick of playing with a bunch of lying hypocrites who keep scoring horrific own goals."

His footballing analogy was a tribute to the top doctor's use of metaphors to explain the pandemic, which won him a legion of supporters.

The Boston United megafan, affectionately nicknamed JVT by ministers, also seems to have won over Piers with his friendly and frank approach at Covid briefings.

Piers again took a shot at the Prime Minister while commending his colleague, after earlier warning Boris he is in "big trouble" with Brits.

He has openly criticised Mr Johnson this week as details of the “bring your own booze” event had been leaked, sparking a wave of public fury.

The embattled PM finally admitted attending the party in May 2020 as he faced a grilling from MPs at a packed House of Commons yesterday afternoon.

But Boris claimed he was there for just 25 minutes and said the back garden bash was a "work event".

He continued: "Very telling unsupportive silence from most of his own MPs/ministers as opposition leaders all call for him to resign."

The Cabinet launched a public show of support, but privately two ministers admitted to The Sun their leader could be "toast".

Writing in his first column for The Sun, Piers blasted Boris said: "You’re the Prime Minister of my great country and as such, I fervently want you NOT to be a shambles.

"But all the current evidence suggests that by the dictionary definition of that word — “In a state of total disorder” — you’re officially a shambles."

The PM said in the Commons: "With hindsight, I should have sent everyone back inside and found some other way to thank them.”

His carefully worded statement went on: “I should have recognised that, even if it did fall within guidance, there would be millions of people who would simply not see it that way.

"I want to apologise. I know that millions of people across this country have made extraordinary sacrifices over the last 18 months.

"I know the anguish that they have been through, unable to mourn their relatives, unable to live their lives as they want, to do the things they love.”

He added: "I regret the way the event I have described was handled. I bitterly regret it."

Boris' defence was also mocked by Labour leader Sir Keir Starmer who slammed him as a "pathetic spectacle of a man who’s run out of road".

Selena Gomez and Andy Samberg Are Having Way Too Much Fun

JANET STREET-PORTER: Idiot Andrew is out of options
Recent Posts