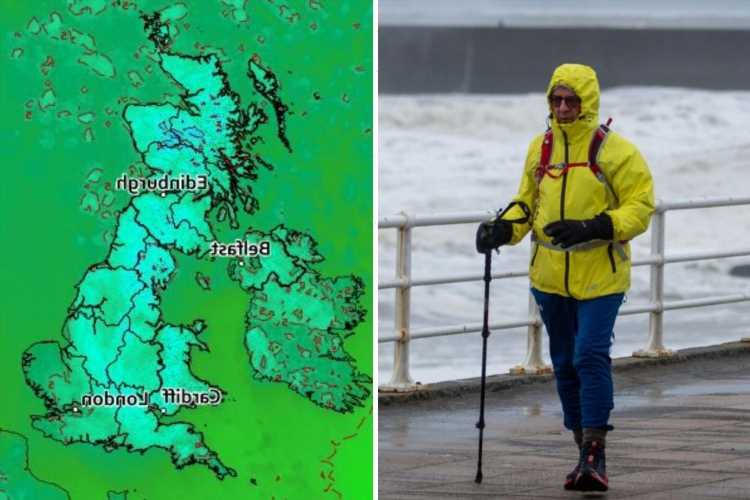 BRITAIN is set for an Arctic blast this week with heavy rain expected and temperatures set to plummet.

Heavy showers are expected to sweep the country ahead of a wet Bank Holiday weekend.

? Read our UK weather live blog for the latest forecasts 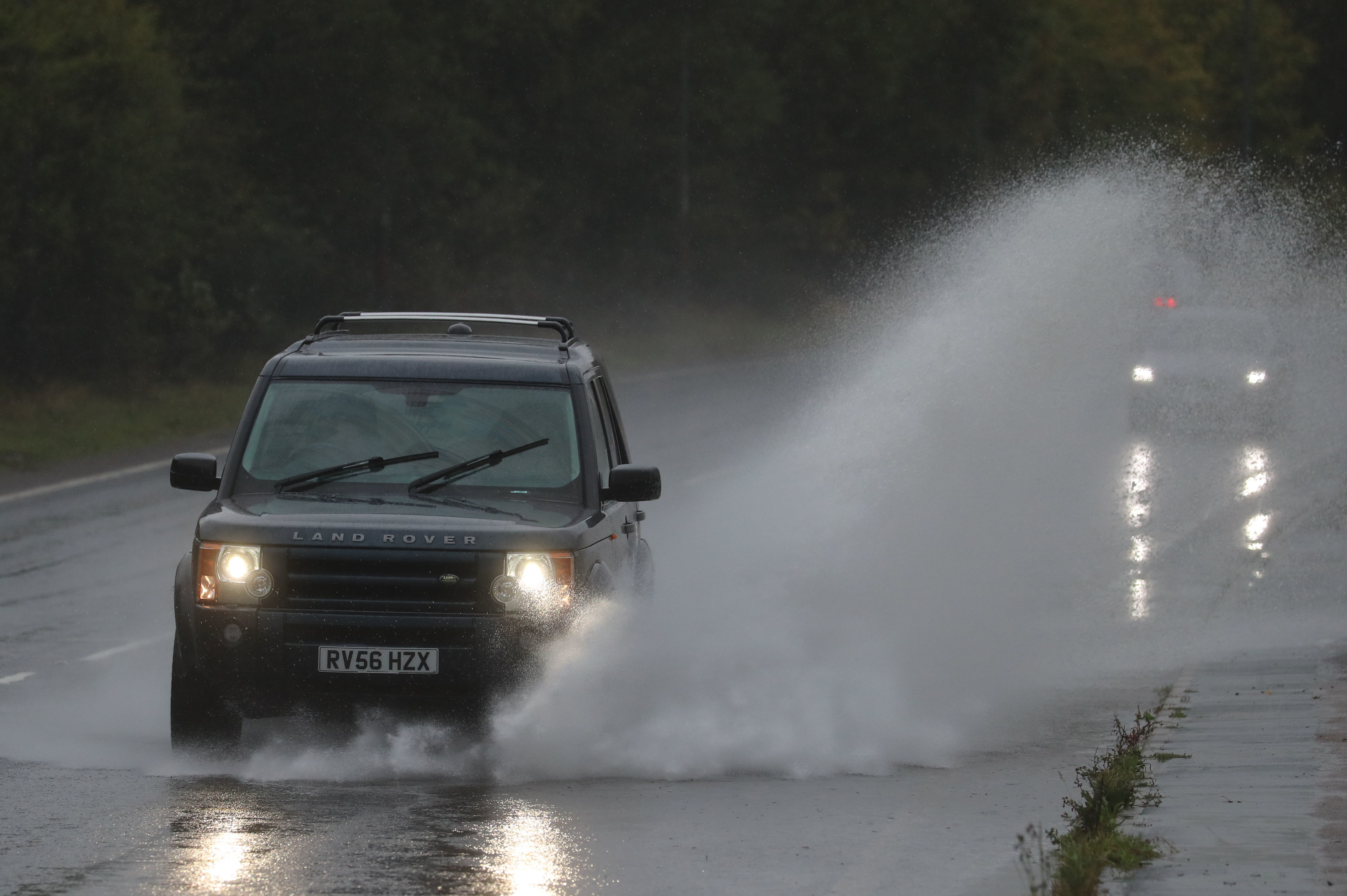 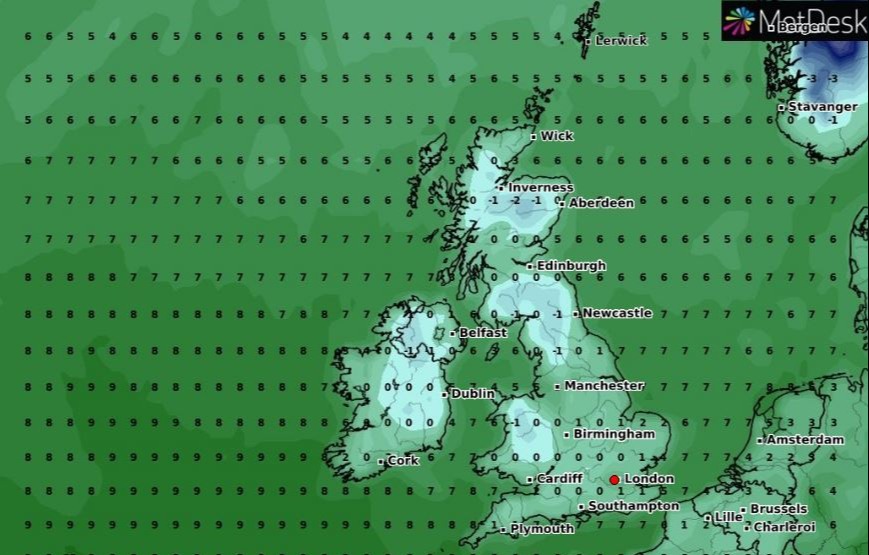 Brits are also set for both sunny spells of weather and scattered showers “becoming heavy in places” over the next three days, according to the Met Office.

It comes after areas were battered by heavy rain yesterday, with high tides causing flooding at The Strood on Mersea Island, Essex.

The South of England is set to see the worst of the showers tomorrow – and there is even a chance of snow over the Scottish Highlands.

Annie Shuttleworth, a meteorologist at the Met Office, said: “You could get some rain over the next couple of days.

"It has been a very dry April, with quite a few areas of the UK seeing quite a small margin of their average April rainfall.”

Meanwhile, the May Day bank holiday is set to be a mixed bag with showery conditions and temperatures well below the average seen in the past two weeks, the Met Office said.

The forecaster said the weekend will bring “a mixture of sunshine, showers, and a cold east to the northeasterly wind”.

They added: “Showers will be most frequent in the north and east, but could become quite widespread overland during the day.

“Some wintriness is probable over high ground of Scotland.” 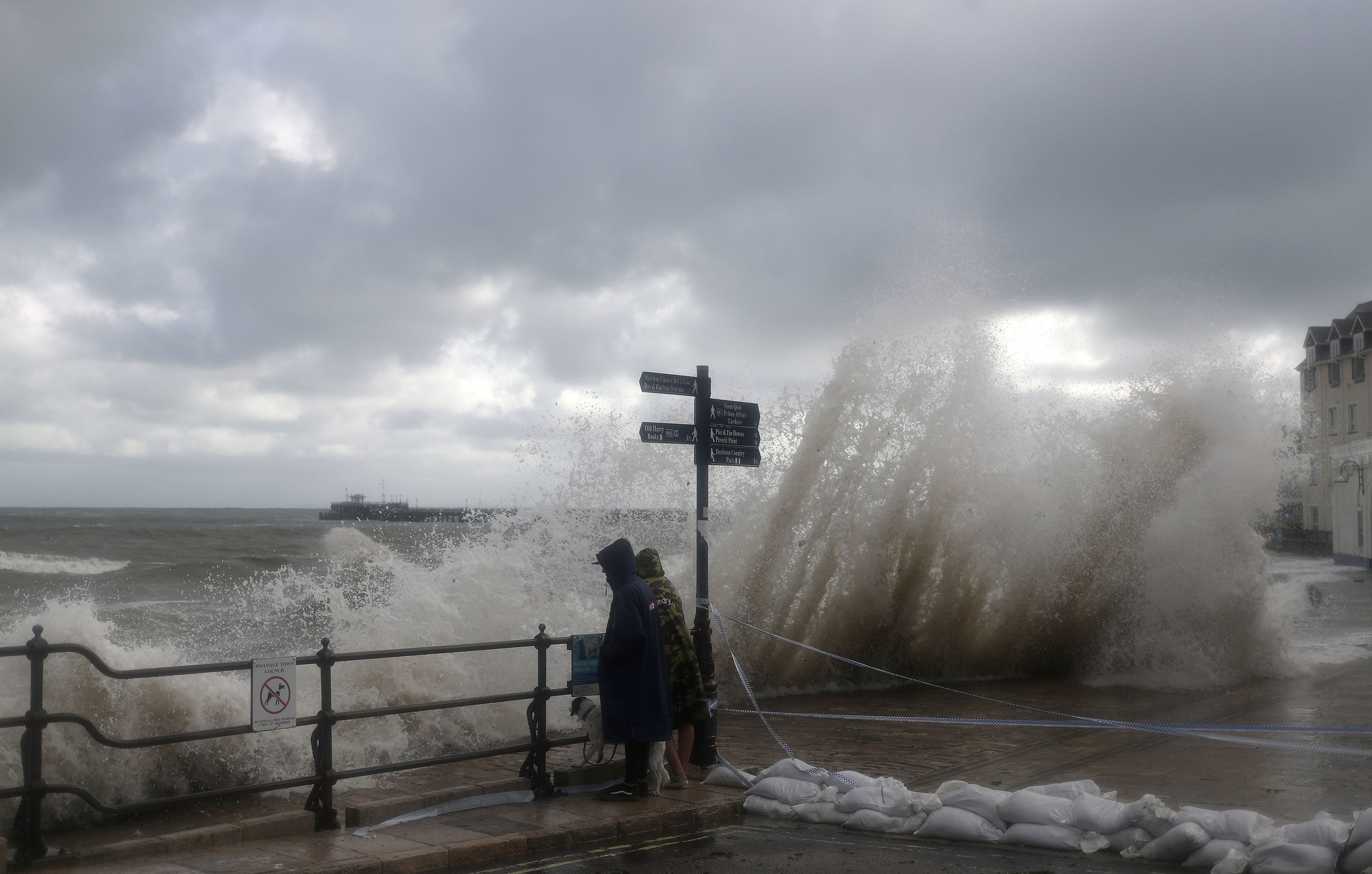 It comes after one of the driest Aprils on record, with the UK seeing less than a fifth of the average rainfall for the month so far.

Up to April 22, there had been an average of 12.8mm of rain across the UK, much lower than the April average of 72.53mm, according to Met Office figures.

A typical April in the UK would have had 70 per cent of its rainfall by now, but it instead has just had 18 per cent.

But Ms Shuttleworth said rain in the coming days could drive up averages.

"You could get some rain over the next couple of days that will bring the totals up," she said.

"It has been a very dry April, with quite a few areas of the UK seeing quite a small margin of their average April rainfall.

"Some counties may see their lowest April rainfall but it won't be a UK-wide thing."