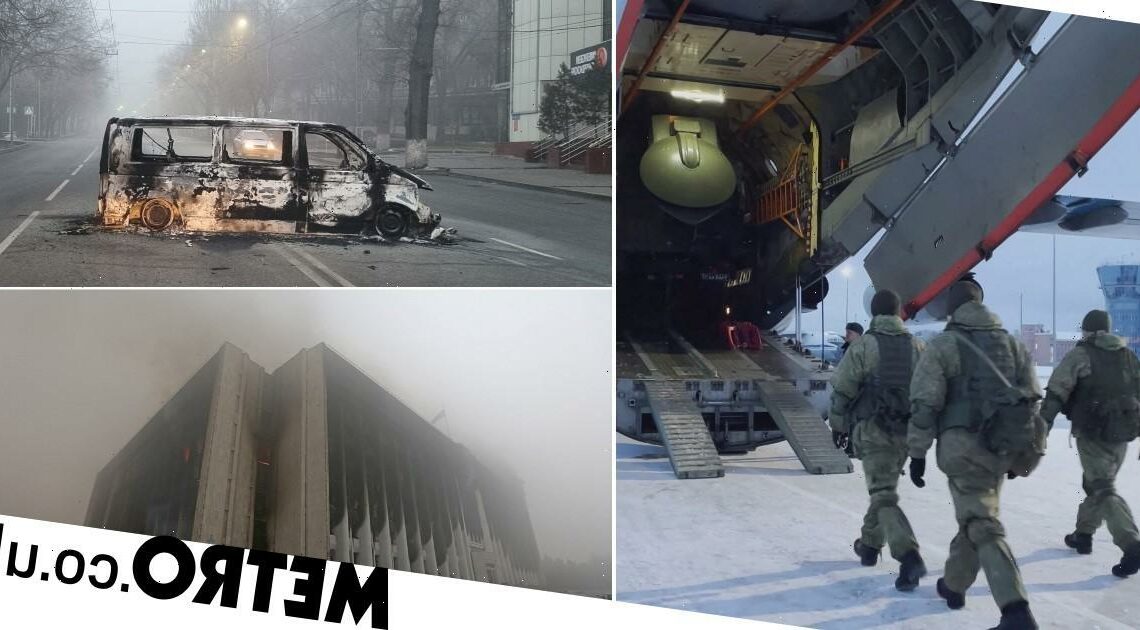 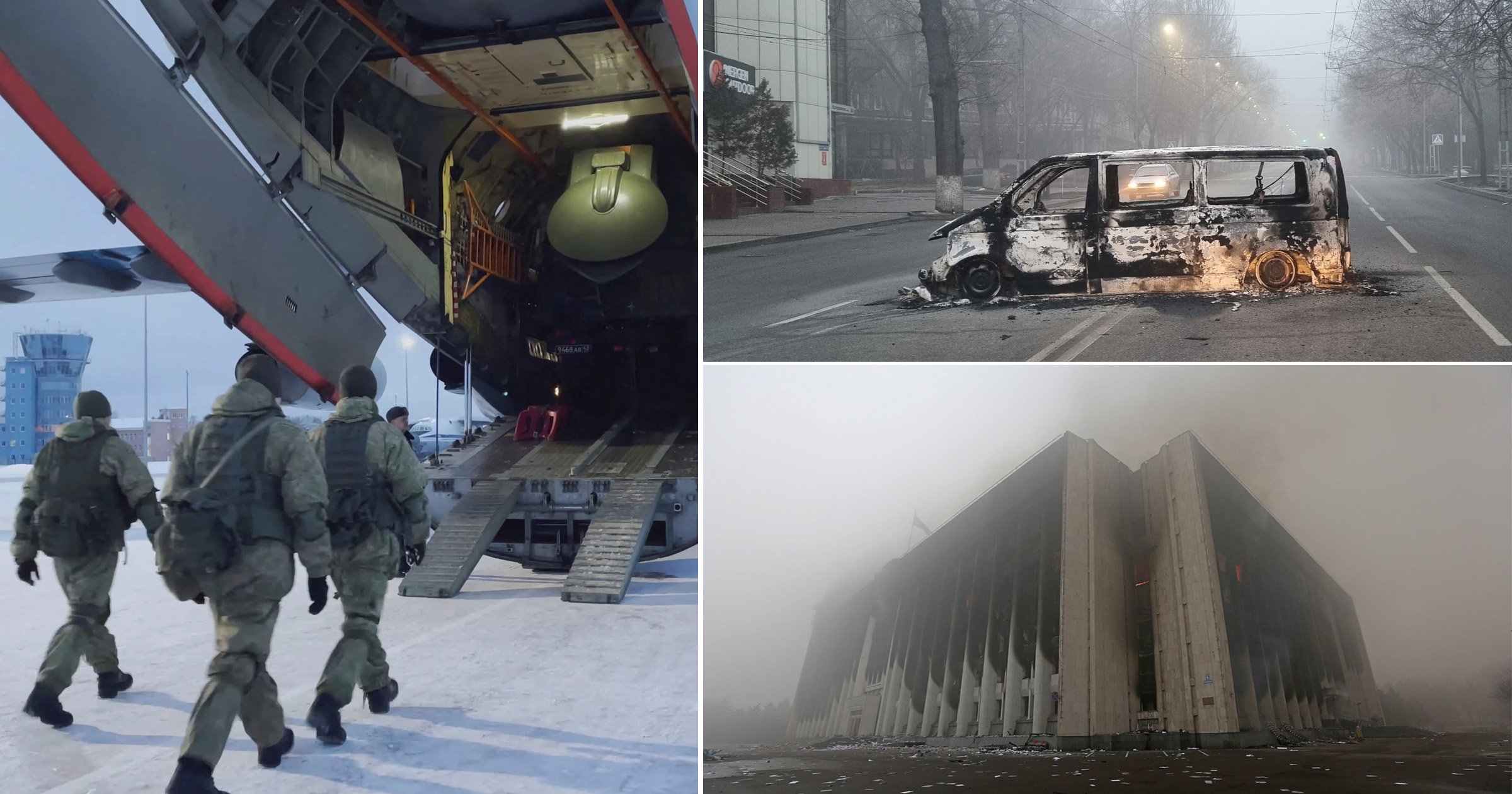 Fresh violence and looting erupted in Kazakhstan on Thursday, as it emerged that two police officers had been beheaded in an escalating revolt.

Security forces are now thought to have cleared a main square of dozens of protesters following another day of riots in a snowballing uprising.

Russia sent in paratroopers in an effort to put down the revolt in one of Moscow’s closest former Soviet allies.

Police in the largest city Almaty said they had ‘liquidated’ dozens of rioters overnight and into the early hours of Thursday morning but it is unclear exactly how many have been killed.

The authorities said at least 18 members of the security forces had died, including the two found decapitated, and 478 were wounded. More than 2,000 people have been arrested.

The latest developments in the central Asian country come after protests raged for three days, with fuel price demonstrations turning into an anti-government movement, triggering the resignation of the entire Government.

After a night of running confrontations between protesters and troops on the streets, a presidential residence in the city and its mayor’s office were both ablaze, and burnt out cars littered the city.

Military personnel have regained control of the main airport, seized earlier by protesters.

The internet was shut down across the country, making it difficult to gauge the extent of the unrest.

But despite severe repression, people came out in huge numbers again, as the worst violence in the country’s 30 years of independence showed no sign of ending.

Police were out in force again, including in the capital Nur-Sultan, which was reportedly quiet.

Russia’s Sputnik news service reported that shots were fired as police surrounded one group of about 200 protesters in the city.

Thursday evening saw renewed battles in Almaty’s main square, occupied alternately by troops and hundreds of protesters throughout much of the day, and reports suggest it has now been cleared of demonstrators.

Ali, a manager at the Holiday Inn hotel near Almaty’s main square, was pleased to see armed forces arrive.

He said: ‘Thank God, the military has arrived, finally.

‘Looters came in last night, smashing car windows near us.’

The Russian deployment was a gamble by the Kremlin that rapid military force could secure its interests in the oil and uranium-producing nation.

Explosions and gunfire were heard as military vehicles and scores of soldiers advanced, although the shooting stopped again after nightfall.

The TASS news agency quoted witnesses as saying people had been killed and wounded in the new gunfire.

Oil production at Kazakhstan’s top field Tengiz was reduced on Thursday, its operator Chevron said, as some contractors disrupted train lines in support of the protests.

But the violence was unprecedented in a state ruled firmly since Soviet times by leader Nursultan Nazarbayev, 81, who has clung on to power despite stepping down three years ago as president.

Tens of thousands of people, some reportedly carrying clubs and shields, have taken to the streets in recent day

Nazarbayev’s hand-picked successor, President Kassym-Jomart Tokayev said he called in the Russian forces overnight, alongside others from a Moscow-led military alliance of ex-Soviet states.

He and Russia have blamed the unrest on foreign-trained terrorists but have not offered any evidence to support those claims.

The uprising gathered pace on Wednesday, when protesters chanting slogans against Nazarbayev stormed and torched public buildings in Almaty and other cities.

Tokayev initially responded by dismissing his cabinet, reversing the fuel price rise and distancing himself from his predecessor, including by taking over a powerful security post Nazarbayev had retained.

But in other apparent attempts to seal the country off, the airports in Almaty and one other city have been shut.

What I'm Teaching My Kids By Celebrating Día De Reyes, the Day of Holy Kings