Home » Police exchange gunfire with robbery suspect in the Bronx 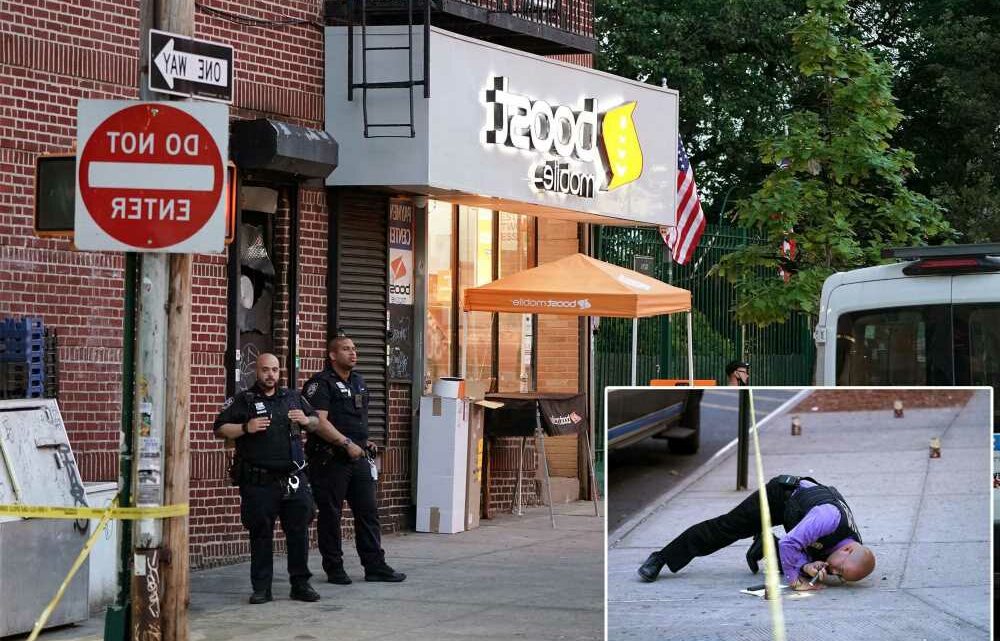 Police exchange gunfire with robbery suspect in the Bronx

Police exchanged gunfire with a man suspected of robbing a cell phone store in the Bronx on Wednesday night, police and sources said.

No officers were injured in the shooting that occurred down the street from a Boost Mobile store on East 174th Street in the East Morrisania neighborhood at about 6:30 p.m., police said.

Police saw the suspect leave the store with a gun, sources said. A shootout ensued, though it was not immediately clear who fired first.

The suspect, believed to be in his 40s, fled the scene and was still being sought Wednesday night, police and sources said.

It was unknown if he was hit by gunfire.