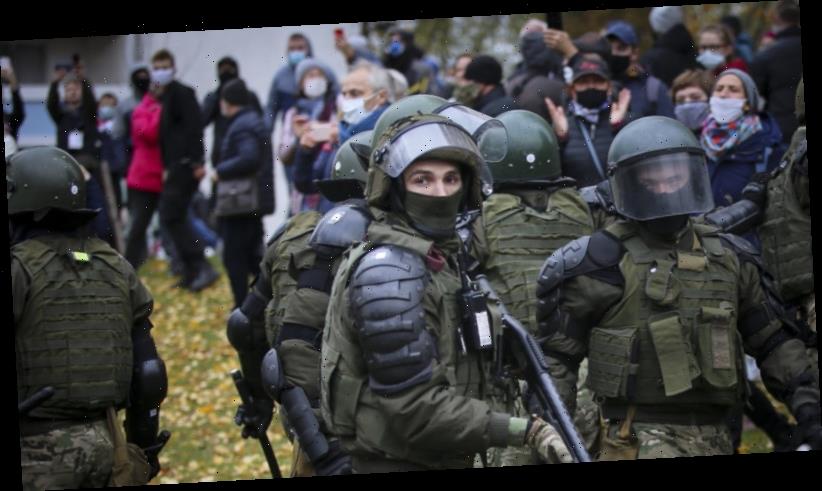 Kiev: Thousands of protesters in Belarus swarmed the streets of the capital to demand the resignation of the country's longtime president for the 13th straight Sunday and encountered police firing warning shots in the air and using stun grenades to break up the crowds.

As many as 20,000 people took part in the rally, the Visana Human Rights Centre estimated. Large crowds of people gathered in the eastern part of Minsk headed toward Kurapaty, a wooded area on the city's outskirts where over 200,000 people were executed by Soviet secret police during Stalinist-era purges. 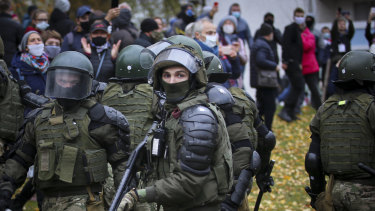 Demonstrators carried banners reading, “The people's memory (lasts) longer than a life of a dictatorship” and “Stop torturing your people!”

The crowds directed chants of “Go away!" at Belarusian President Alexander Lukashenko, who won his sixth term in an August 9 election that is widely seen as rigged. Lukashenko's crushing victory over his popular, inexperienced challenger, Sviatlana Tsikhanouskaya, has triggered the largest and the most sustained wave of mass protests of his 26 years in power.

The 66-year-old former state farm director, who was once nicknamed “Europe's Latest Dictator,” has relentlessly suppressed opposition and independent media in Belarus but struggled to quell the recent unrest.

Large protest crowds have assembled in the streets of Minsk and other cities almost daily, despite police countering the demonstrations with water cannons, stun grenades, rubber bullets and mass detentions.

The Belarusian Interior Ministry threatened to use firearms against the rally-goers “if need be." On Sunday, police acknowledged officers fired several warning shots into the air during the demonstration in Minsk “to prevent violations of the law.” 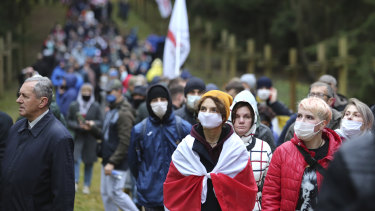 People go to the Kuropaty mass grave site of Soviet-era mass executions during an opposition rally to protest the official presidential election results in Minsk, Belarus.Credit:AP

Armored off-road vehicles equipped with machine guns were seen in Minsk for the first time in almost three months of protests, along with water cannon vehicles and other anti-riot equipment. Several metro stations were closed, and mobile internet service did not work.

Police detained over 200 people in Minsk and other Belarusian cities where protests were held Sunday, according to the Viasna centre. Several journalists were among the detainees, and many of those detained were beaten up, human rights activists said.

“The authorities are trying to close the lid on the boiling Belarusian pot more tightly, but history knows very well what this leads to,” Viasna leader Ales Bialiatski said.

Tsikhanouskaya entered the presidential race instead of her husband, a popular opposition blogger, after he was jailed in May. She challenged the results of the election in which she secured 10 per cent of the vote to the incumbent president's 80 per cent, then left Belarus for Lithuania under pressure from the authorities.

She issued a statement Sunday in support of the ongoing protests.

“The terror is happening once again in our country right now,” Tsikhanouskaya said. “We haven't forgotten our past, we won't forget what is happening now.”

Over 15,000 people have been detained since the presidential election, and human rights activists have declared more than 100 of them to be political prisoners.

All prominent members of the opposition’s Coordination Council, which was formed to push for a transition of power, have either been jailed or forced to leave the country.

Lukashenko scoffed at suggestions of dialogue with the opposition and instead intensified the crackdown on protesters, ordering officials to expel students from universities for participating in demonstrations and to take action against plant workers that go on strike.

On Thursday, the government shut Belarus’ borders with Latvia, Lithuania, Poland and Ukraine. They said the move was intended to stem the spread of the coronavirus, although officials previously accused neighbouring countries of trying to destabilise Belarus.

Starting Sunday, all foreigners — with the exception of diplomats, government officials, individuals with permits to work in Belarus and people in some other narrow categories — were banned from crossing the country's land borders. Foreigners, however, are allowed to travel into Belarus via the Minsk National Airport. 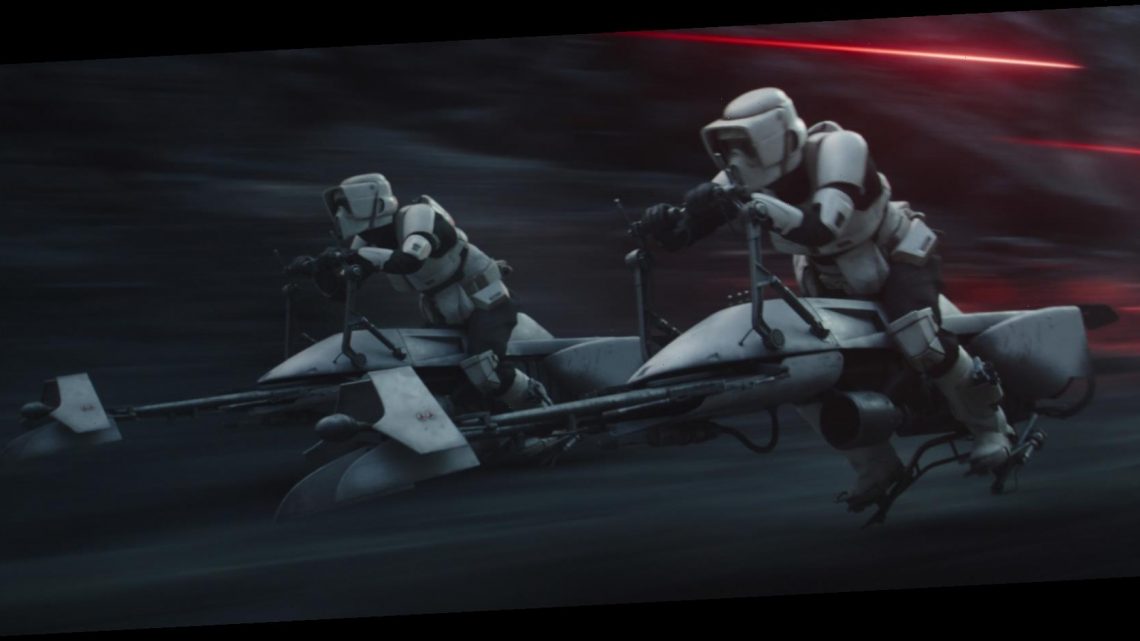