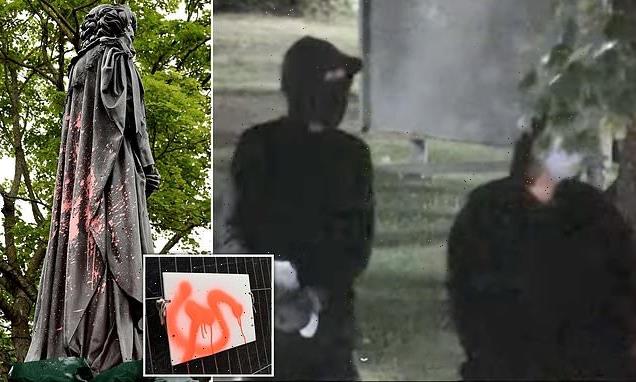 Police release CCTV of two hooded suspects after £300,000 Margaret Thatcher statue in her home town was vandalised with red paint and communist symbol

Police have released CCTV of two suspects they are hunting in connection with the latest vandalism of the Margaret Thatcher statue.

The £300,000 memorial to the former Prime Minister was targeted for the second time in two weeks last weekend after being installed a fortnight ago in Grantham, Lincolnshire.

Red paint was thrown at the 10ft-high granite sculpture and a red hammer and sickle communist symbol was painted onto the fence surrounding it on Saturday.

Lincolnshire Police today issued a CCTV appeal in a bid to track down two hooded suspects caught on camera in the area at the time.

The 12 second footage shows the duo dressed in black and wearing face masks with one of them carrying something in a white carrier bag. 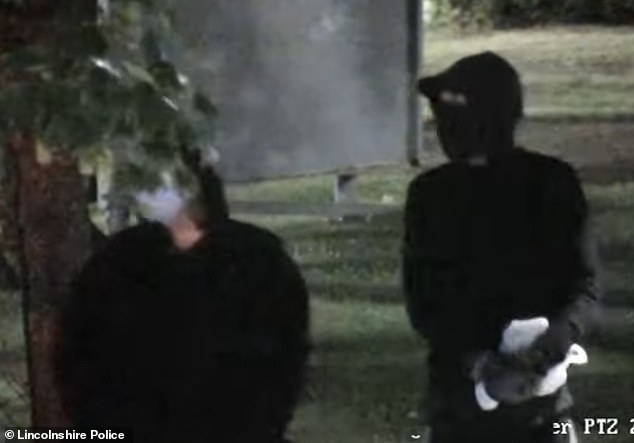 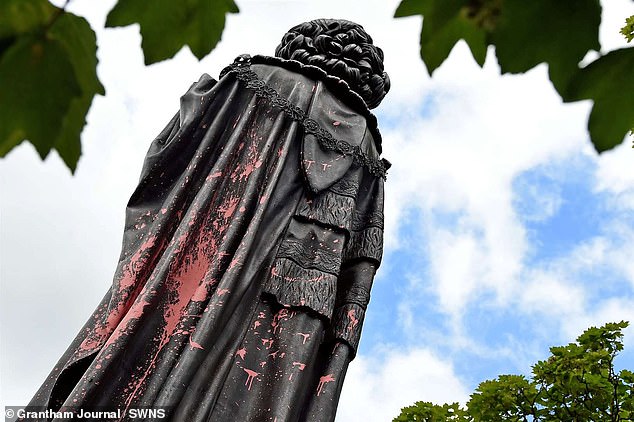 A force spokesperson said: ‘We would like to speak to the individuals in this footage who may be able to help us with our enquiries into an incident of criminal damage of the newly-erected statue of former Prime Minster Margaret Thatcher.

‘The incident happened where the statue is located in St Peters Hill, Grantham, at about 11.10pm 28 May.

‘What is believed to be a tin of red paint was thrown on to the statue, damaging the surface.

‘A can of spray paint has then been used on the surrounding fencing to display a Hammer and Sickle.

‘The CCTV footage is not clear enough to show facial features, but we hope that the distinctive clothing, build, and gait of the individuals could help lead to identification.

On the day the controversial statue was installed, university worker Jeremy Webster, 59, threw eggs at it and was later fined £90 under Section 5 of the Public Order Act.

Council leader Kelham Cooke, said: ‘The memorial was paid for by public donations to the Public Memorials Appeal (PMA) and it is only right that they should have held a ceremony marking the completion of the project. 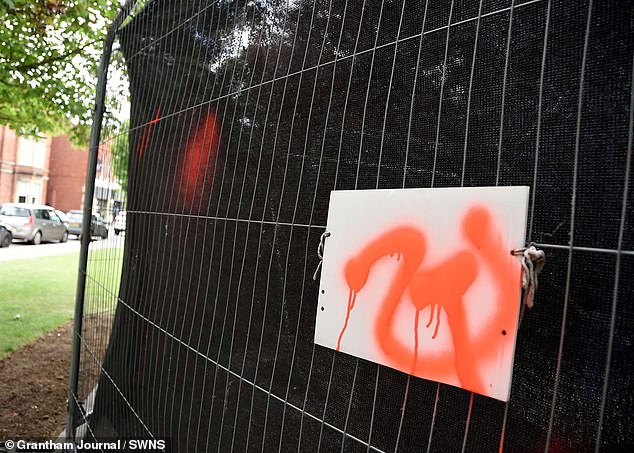 As well as covering the statue in red paint, the vandals pained a hammer and sickle on the side of a hording 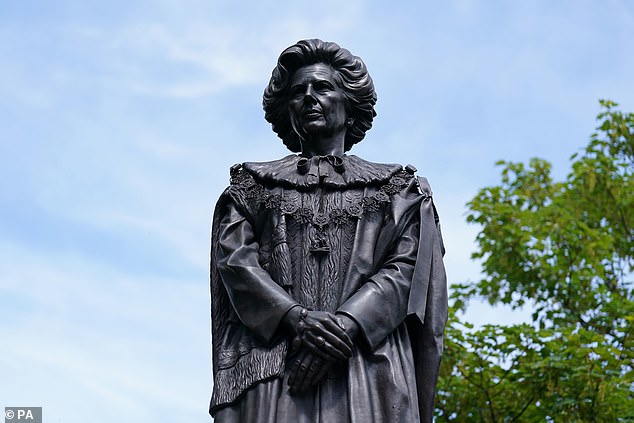 The £300,000 memorial, pictured, has been attacked by vandals several times since it was erected last month

‘Following its installation on May 15 the memorial was expected to be a talking point and a focus for debate attracting a range of opinions, and that has proved to be the case.

‘She was brought up and went to school in Grantham and I believe that having the memorial here will be a real positive for the town.

‘Attracting people to come here to look at the memorial and visit the exhibition about her in Grantham Museum will bring benefits for the local economy.’

Everything Wrong With 'Top Gun: Maverick' According to a Military Expert