Police believe CCTV footage of two men walking down a street in Sydney’s west may be key in an investigation into the fatal stabbing of a 16-year-old last month.

On June 4, emergency services were called to Australis Drive in Ropes Crossing near Mount Druitt following reports a stabbing had occurred at a small gathering at a home.

Police arrived to find Alosceous Jay Samarawickrama, who was about to start his air-conditioning apprenticeship before the attack, with a single stab wound to his chest. Paramedics performed CPR on the teenager but he died at the scene.

Police say the stabbing was not about drugs or gang-related, but are investigating whether a fight over a girl was the cause of the stabbing. The victim was not known to police.

Police are now appealing to the public for assistance in the investigation, releasing CCTV and a description of three males they believe could assist with inquiries. No arrests have been made as of yet.

Police have described the first male as of Aboriginal/Torres Strait Islander or Pacific Islander/Maori appearance, between 16 and 17 years old, and about 185cm tall with a thin build. 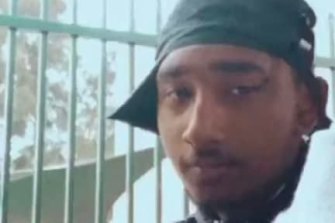 Paramedics performed CPR on the teenager but he died at the scene.Credit:Youth Against Violence/Facebook

“Young boys probably with hormones running through their system and somebody thought they had to defend the right of their girlfriend at the scene and that has led to a young boy being killed,” he said.

“They shouldn’t be carrying knives in the first place.”

Police found a kitchen knife in a nearby drain after the incident and are now working to establish if it was used in the stabbing. 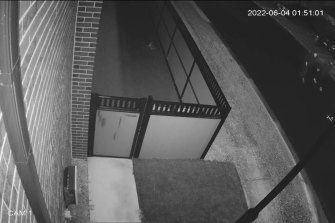 Two people can be seen walking down the road in the footage.Credit:NSW Police Media

Find your true body type and transform the way you dress!