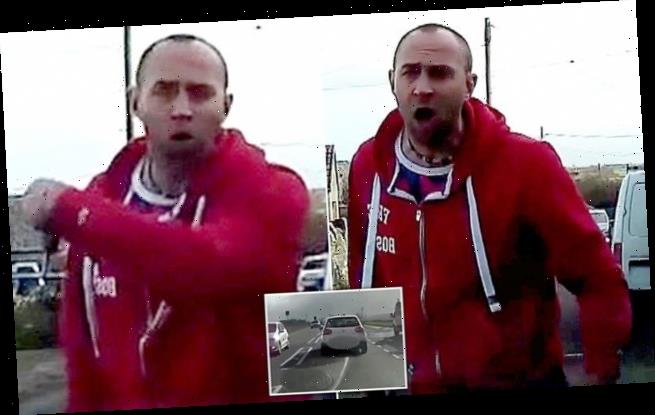 Policeman, 45, is sacked after having furious road rage row

Policeman, 45, is sacked after having furious road rage row with driving instructor then visiting him at home to say he would be prosecuted

Shocking dashcam footage shows an off-duty copper switch to ‘on-duty’ saying he was investigating a road rage incident he had started.

PC Keith James, 45, was sacked after being found to have committed gross misconduct by running the ill-advised inquiry into driving instructor Michael Lee.

The pair clashed on the A367 near Radstock, Somerset after James pulled out in front of Michael, causing him to slow down.

James then escalated the spat as they carried on driving, with the former officer briefly showing Lee the middle finger at a roundabout. 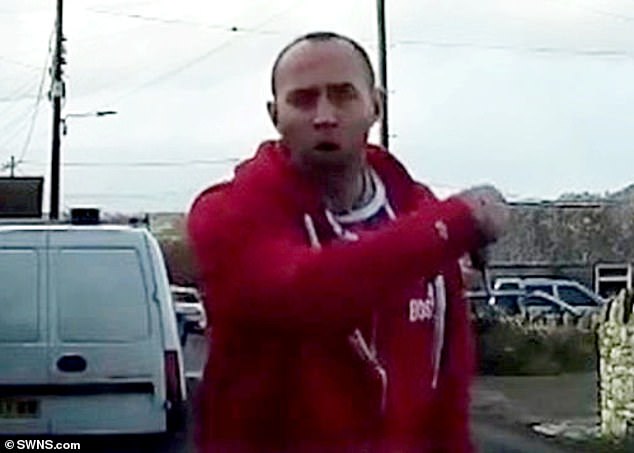 This prompted the driving instructor to change course and follow James before overtaking him.

James then continued to follow Lee, flashing his lights and showing his warrant card while indicating for him to pull over.

Lee obliges in a nearby side road and the pair argue with the entire tirade all captured on a dashcam.

The incident took place on February 15, 2018, and James was dismissed following a hearing on on February 26, 2020, when an independent panel found his behaviour had fallen below the required standard.

Although he had been off-duty and on his way to work, he switched to ‘on’ during the incident.

The divorced father-of-two then visited the Mr Lee at home the day after and issued him with an intended notice of prosecution.

He also failed to secure evidence and gave testimony in court he knew to be false.

Dashcam footage of the incident has since been released and it shows the aggressive nature of the exchange.

James can be seen pulling out in front Mr Lee, forcing him to slow down.

The latter then beeps his horn at the officer and tells him to ‘get out of the way’ as they approach a roundabout – where James briefly shows his middle finger.

This prompts Mr Lee to change course and follow James, overtaking him before the pair pull over in a side road. 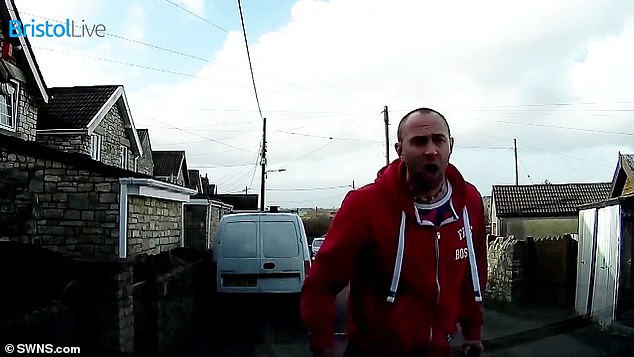 At this point James announces that he is a police officer and tells Mr Lee has been ‘speeding, overtaking where he shouldn’t be and displaying L plates when you’re not a learner driver’.

He adds: ‘Very poor driving. I’m taking your registration. I’m on my way to work now.’

But Mr Lee said: ‘You caused road rage. I’ve got your car on camera pulling out on me, not building to speed, causing me to slow down.

‘I’ve got you on dashcam as a terrible driver, and for cutting me up on the roundabout, overlapping my lane.

Supt Simon Wilstead, of Avon and Somerset Constabulary, said: ‘The officer should not have been investigating an offence he was personally involved in and he acted wholly unprofessionally in his subsequent conduct with a member of the public.

‘We expect all police investigations to be carried out with professionalism and integrity and this clearly didn’t happen on this occasion.

‘His actions have the potential to impact on community confidence in policing, which is another aggravating factor in this case.’

What I Rent: Emilia, £650 a month for a one-bedroom flat in Manchester
Recent Posts