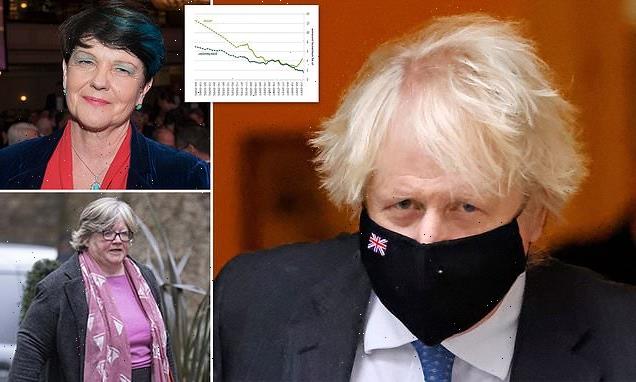 Poorer workers 'could get state pension EARLIER than the better-off'

Poorer workers could get state pension EARLIER than the better-off: Government review is set to consider ‘healthy’ life expectancy as part of PM’s ‘Levelling’ up drive as well as confirming retirement age rising faster to 68 – saving Treasury £74BILLION

Poorer workers could get their state pensions earlier than the better-off, under options being considered by the government.

An official review into the retirement age will look at the impact in regions of the country as well as taking into account ‘different characteristics and opportunities’ of workers.

Ministers are being urged to put ‘healthy’ life expectancy at the heart of the pensions system as part of Boris Johnson’s ‘Levelling Up’ drive.

The review is widely expected to confirm a move to speed up raising the state pension age to 68, so it covers those born in the 1970s.

The government said four years ago that it intends to bring the date forward seven years from the current legal schedule, saying it was ‘fair’ and would save around £74billion.

But the terms of reference of the review, being led by Tory peer Baroness Neville-Rolfe and due to finish in May 2023, suggest that ministers are mulling more fundamental reforms.

As well as regional disparities the review with ‘also consider the effects for individuals with different characteristics and opportunities, including those at risk of disadvantage’.

Some of the areas with the lowest life expectancies are in the Red Wall seats won by the Tories at the 2019 General Election. 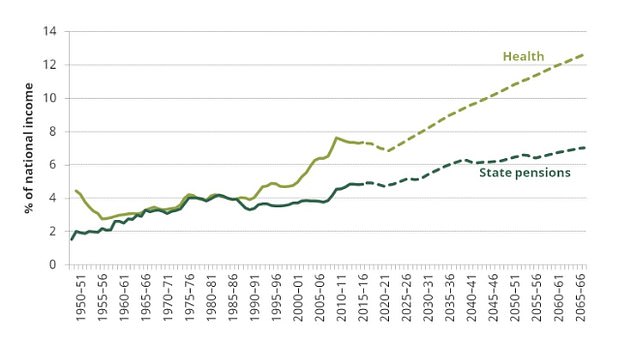 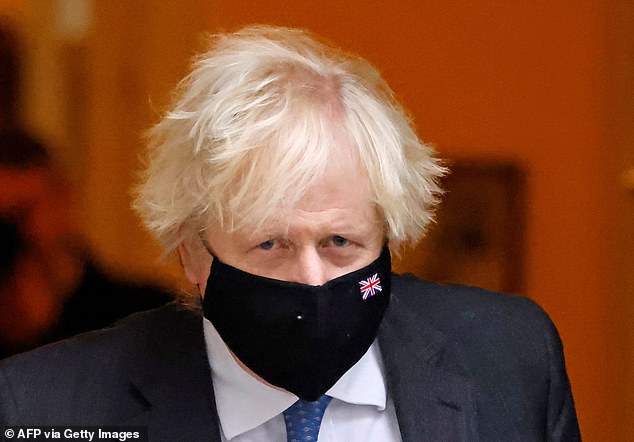 The age at which someone can start claiming their state pension is due to rise gradually from 66 to 67 between 2026 and 2028.

The government has already said it intends to bring this forward to between 2037 and 2039, but the latest review has been expected to confirm that.

The state pension is currently worth more than £9,350 a year to retirees.

Anyone who has 35 years of full national insurance contributions gets the full provision of £179.60 per week.

Baroness Altmann, a former pensions minister, told MailOnline the government must not use the review as a ‘smokescreen for creeping up the state pension age, especially with such big differentials in health life expectancy across the country’.

‘If we are serious about Levelling Up then continuing to raise the state pension age just because average life expectancy across the country is rising is not the right way to go,’ she said.

‘The people in the most deprived areas who probably typically have had lower earnings during their lifetime are also the most likely not to have private pension and be relying wholly on the state.’

Lady Altmann said those in the poorest 19 per cent ‘only stay health on average until they are aged 50’.

‘For those in the top 10 per cent of the country they stay health on average until around age 70,’ she added.

‘They can keep working into their late sixties because they are still healthy. For the less well-off they have already been ill on and off on average for fifteen and more years.’ 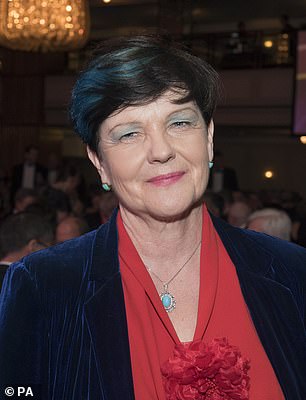 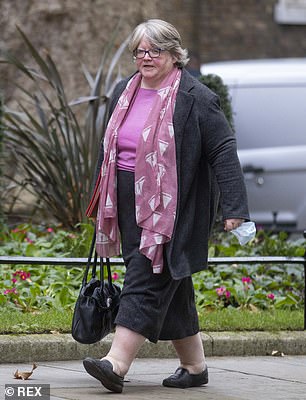 But the peer warned that it is not acceptable to try to balance the books on ‘the backs of the poorest and least healthy’.

‘I’m not optimistic because I have a serious concern that this is all about to increase the state pension age and save money,’ she said.

‘When I was a minister there was a desire to say ‘why don’t we just push the pension age up to 70 and get on with it’.’

In the most extreme cases, there is a 21-year gap in life expectancy between women in the most affluent area of the borough of Camden, north London, at 95.4 years, and women living in the most deprived area of Leeds, at 74.4, according to a King’s College study.

Former pensions minister Sir Steve Webb said there was a chance the Government would push up the state pension age regardless of the review.

Helen Morrissey, senior pensions and retirement analyst at Hargreaves Lansdown, said: ‘This includes regional differences and should open the debate about healthy life expectancy – the ability to keep working – and how it varies hugely across the country.

‘Someone might have a life expectancy of 80 but not all that time will be in good health and many people will find it impossible to work up to and beyond current state pension age.’

Becky O’Connor, of the investment service Interactive Investor, said: ‘Many will have spent much of their working life expecting to retire at 65. They have been disappointed before and look set to be disappointed again.

‘Continually moving the goalposts like this doesn’t just provoke disillusionment, it has big implications for retirement planning.’

Work and Pensions Secretary Therese Coffey, announcing the review, said: ‘We need to make sure our decisions on how to manage the costs of state pension provide fairness to both taxpayers and pensioners.’

BEAVERS could roam free in Hyde Park under rewilding plans