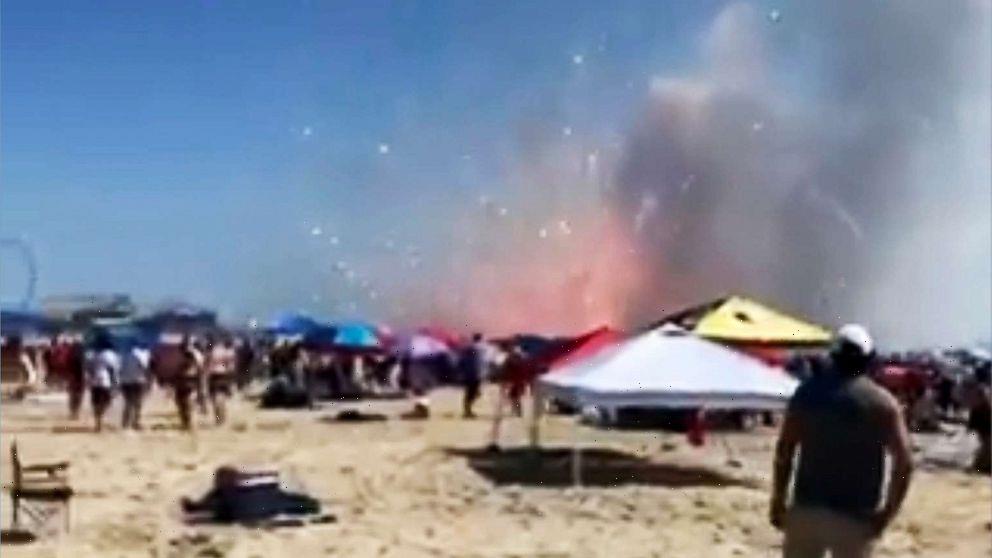 A Fourth of July fireworks celebration in Ocean City, Maryland, was canceled after some rockets ignited prematurely and shocked a crowd of beachgoers.

Firefighters responded to a call to the beach in the morning to discover fireworks going off. Beachgoers were seen fleeing and looking on with confusion.

No beachgoers were injured. An employee of the fireworks company received minor injuries but refused transportation to the hospital, investigators said.

City leaders announced later Sunday afternoon that all holiday fireworks displays would be canceled out of an abundance of caution.

The cause of the premature discharge is under investigation, with authorities closing off parts of the boardwalk to pedestrians.