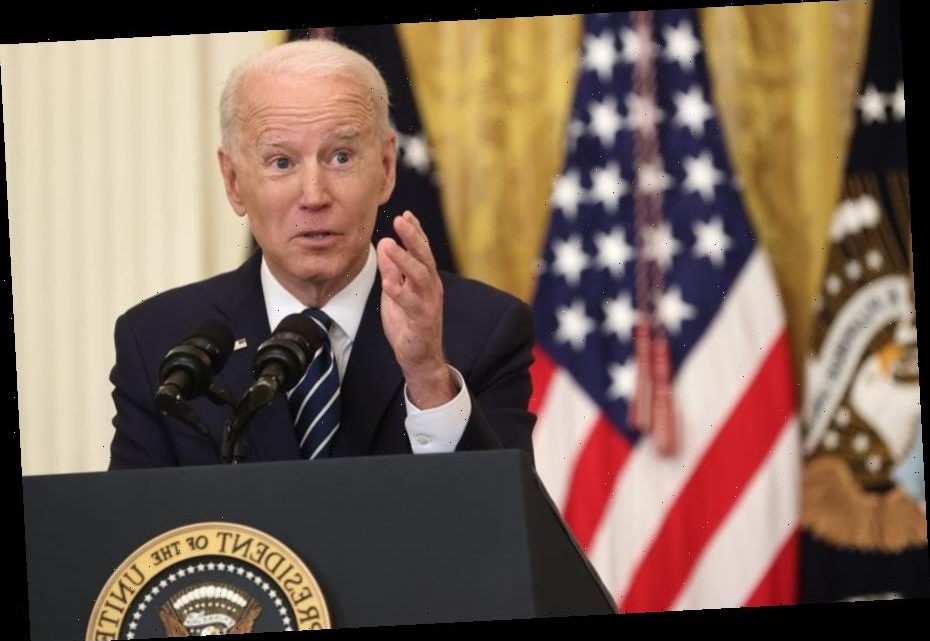 President Joe Biden has unveiled The American Jobs Plan, a sweeping $2 trillion proposal being touted as a once-in-a-generation investment. The White House said the plan will create millions of good jobs, rebuild the nation’s infrastructure, and position the U.S. to better compete in the global market.

Biden on Wednesday traveled to Pittsburgh, Pennsylvania to make the announcement, the same city where two years ago the former vice president kicked off his presidential campaign.

Provisions within the proposed plan run the gamut from providing more affordable housing, access to broadband, and supporting essential caregiving jobs, to tackling the climate crisis and environmental justice. Key elements include accelerating research and workforce development to make 21st Century products in the U.S. instead of overseas.

Flanked by union workers and elected officials, Biden laid out the plan and spoke of “people who get up every day, work hard, raise their family, pay their taxes, serve their country, and volunteer for their communities.” The president said they’re “looking for a little bit of breathing room—just a little bit of light.”

The plan has four parts. The first deals with fixing America’s roads, bridges, rail, and other elements of the transportation infrastructure. The second addresses investments in broadband, water, power, housing, and buildings. The third involves home and community-based care for older family members and people with disabilities. The fourth tackles manufacturing, next-generation research and development, high-quality workforce development, and critical supply chains.

Biden said it’s time to rebuild. “Even before the crisis we’re now facing, those at the very top in America were doing very well, which is fine. They were doing great. But everyone else was falling behind,” he said, adding that the pandemic made the division worse and more obvious.

“Millions of Americans lost their jobs last year while the wealthiest 1 percent of Americans saw their net worth increase by $4 trillion,” he continued. “It just goes to show you how distorted and unfair our economy has become. It wasn’t always this way. Well, it’s time to change that.”

To pay for the historic proposal, the president is proposing to fundamentally reform the corporate tax code so that it incentivizes job creation and investment here in the U.S., stops what a White House official termed “unfair and wasteful profit-shifting to tax havens,” and ensures “that large corporations are paying their fair share.”

“We will tie these investments to creating good-quality jobs that pay prevailing wages in safe and healthy workplaces—jobs that ensure workers have a free and fair choice to organize, join a union, and bargain collectively,” Karine Jean-Pierre, White House principal deputy press secretary, told reporters.

“And we are not going to leave behind communities of color and rural communities that have been systematically excluded for generations,” she said.

Congresswoman Ilhan Omar (D-MN) applauded President Biden for continuing to propose solutions “to the deep challenges we face as a nation,” and noted “we must not waste this historic moment.”

“The American people—in both parties—are behind us. By a more than 3-to-1 margin, the overwhelming majority support a big bold infrastructure package,” she said in a statement. “Now is not the time to remain beholden to a bankrupt, unpopular ideology that allows the richest people in the world to continue paying next to nothing in taxes, while millions starve in our streets. Now is the time to be bold, to tackle the once-in-a-millennium challenge of the climate crisis, and to ensure that we as a country at long last live up to our promise of justice for all.”

The president will have conversations over the coming weeks about the plan, which must be approved by Congress.

Today, Biden will convene his first full Cabinet meeting with Vice President Kamala Harris and officials say the American Jobs Plan will be a key topic of discussion.