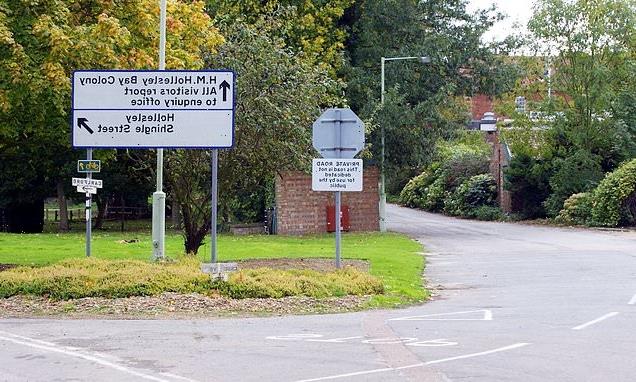 A prisoner smuggled an alleged prostitute into his cell at an open jail in Suffolk and shared images of her half-naked on his bed, reports claim.

The inmate, who is serving time at HMP Hollesley Bay for drugs offences, reportedly took photographs of the scantily dressed woman while inside the prison.

According to the Sun, bosses at the Woodbridge institution are investigating the breach, while police attempt to track down the unidentified woman.

It is understood the prisoner has been moved into a closed prison, and Hollesley Bay’s perimeter fencing is being reviewed. 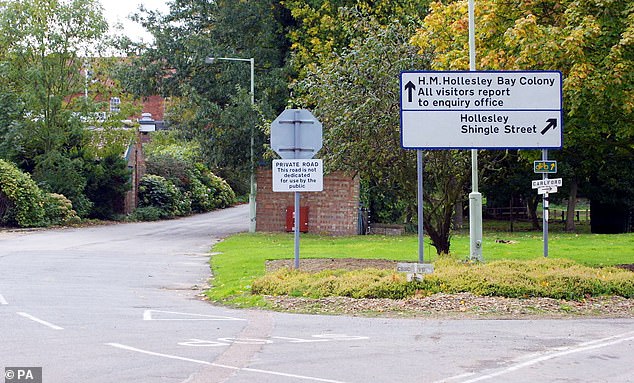 The inmate, who is serving time at HMP Hollesley Bay (above) for drugs offences, reportedly took photographs of the scantily dressed woman while inside the prison

An insider said: ‘It shows what a joke the security is there. You’ve got a serving prisoner bringing a girl into jail, then bragging about it on an illegal mobile to all his mates.

‘Apart from that, the girl put herself at serious risk of harm. She went into a prison full of sex-starved men, some of them serving time for violent and sexual offences.

‘She could have easily been attacked before staff knew she was even there.’

The source added that the woman isn’t believed to be the inmate’s girlfriend, adding: ‘What self-respecting girlfriend is going to risk their safety to see their other half when they’re nearly at the release point anyway?’

In a statement, the Prison Service dubbed the inmate’s behaviour ‘unacceptable’ and said the person in question has been ‘punished.’

Labour MP Andy Slaughter, for Hammersmith, said the incident is an ‘extraordinary breach and breakdown of security.’

When is Donald Trump speaking today?