Home » Proportion of workers claiming furlough has HALVED since January 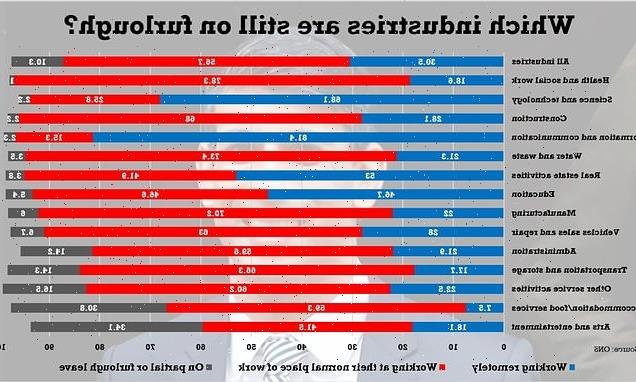 Proportion of workers claiming furlough has HALVED since January

Britain emerges from shutdown: Proportion of workers paid to stay off work has HALVED since January – and latest figures were collected BEFORE pubs and other indoor entertainment restarted on Monday to make the situation even better

Britain’s economic recovery was boosted today with the news that only half as many workers are furloughed off work compared to January.

The Office for National Statistics (ONS) said that 10 per cent of staff –  some 2.7 million people – were claiming the emergency payments, compared to 20 per cent at the height of the third lockdown.

And in a double boost for UK PLC, the latest figures were collected between May 4 and 16, before the latest step in lifting the lockdown restrictions.

On May 17, pubs, restaurant and other indoor entertainment and services were allowed to throw open their doors, almost certainly further improving furlough statistics.

The ONS statistics, published this morning, shows these industries had the largest proportion of staff still paid not to work.

It means that the furlough figures are already likely to be out of date and actually far lower, which is good news for the public finances. 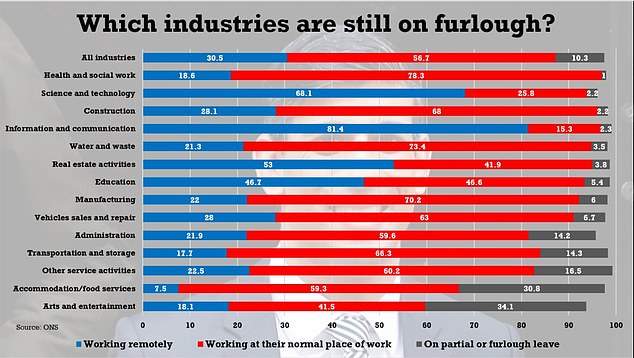 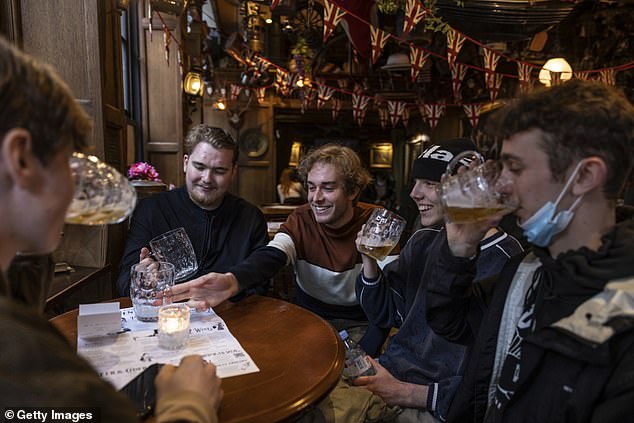 On May 17, pubs, restaurant and other indoor entertainment and services were allowed to throw open their doors, almost certainly further improving furlough statistics. 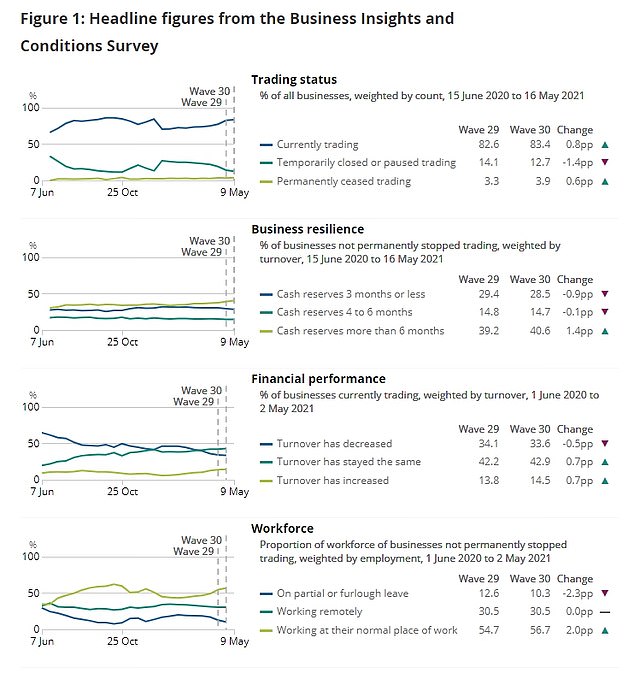 In their report today the ONS revealed:  ‘The proportion of businesses’ workforce on furlough leave has fallen from 20 per cent in January 2021 to 10 per cent in late April to early May 2021, as a result of coronavirus restrictions continuing to be relaxed across the UK.

‘This is the lowest proportion of businesses’ workforce on furlough leave this year, and since the UK commenced the third nationwide lockdown.’

The data showed that prior to May 17, people working in hospitality, including hotels, pubs and restaurants, and the arts and entertainment sector, had the highest proportion of workers still on furlough, at 30 and 34 per cent respectively.

This was in contract to construction and IT, where just over two per cent of staff were still furloughed.

Earlier this week it was revealed that furlough and other business support accounted for half of Government spending on the coronavirus pandemic.

The National Audit Office (NAO) said the estimated cost of the Government’s response to the coronavirus pandemic has risen to an ‘eye-watering’ £372 billion.

That was up by more than £100 billion since its last report in January this year.

It includes £26 billion worth of guaranteed loans which are expected to be written off.

Support for businesses such as the Coronavirus Job Retention Scheme and the Bounce Back Loan Scheme had the highest estimated cost, at £151 billion.

This was followed by help for the health and social care sector at £97 billion.