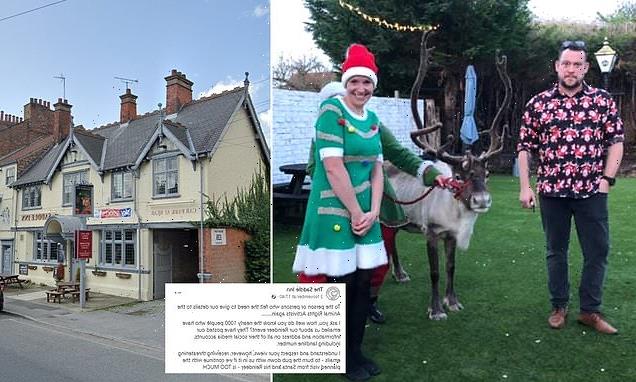 A pub has been forced to cancel a Christmas visit from Santa and his reindeer – after animal rights militants threatened to burn it to the ground.

Steve and Rebecca Eccles, who run the Saddle Inn at Fulford, York, planned to give children a treat by inviting them to see Father Christmas, his elves and two reindeer in its beer garden on the Saturday before Christmas.

But animal rights charity, Freedom for Animals, then urged its supporters to contact the pub and ask it to go ‘animal-free,’ adding: ‘Visiting children will still be able to meet Santa and his elves, receive a present and enjoy all the magic of Christmas without having to bear witness to stressed, imprisoned reindeer in a miserable little pen.’

Mrs Eccles said they then began receiving hundreds of emails from all over the world, asking them to cancel the reindeer, and one person threatened to burn the pub down – with them inside – if the event went ahead.

A post online from the pub said: ‘I understand and respect your views, however, receiving threatening emails – to burn the pub down with us in it if we continue with the planned visit from Santa and his Reindeer – is TOO MUCH.’

Mrs Eccles said they contacted police, who advised them to cancel the event. ‘Obviously we have to take this seriously for the safety of our staff and our visitors and on the advice of the police we are going to have to cancel this event,’ the couple said on Facebook. 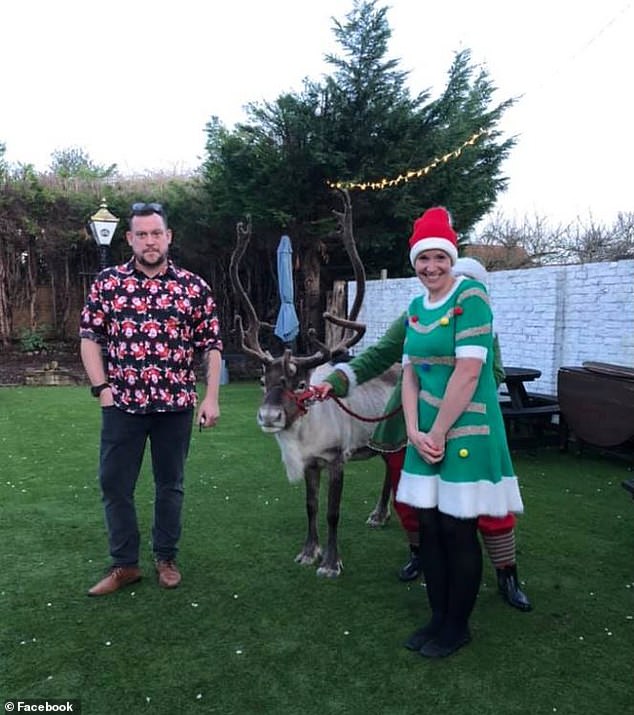 Steve and Rebecca Eccles, who run the Saddle Inn at Fulford, York, have axed the Santa visit 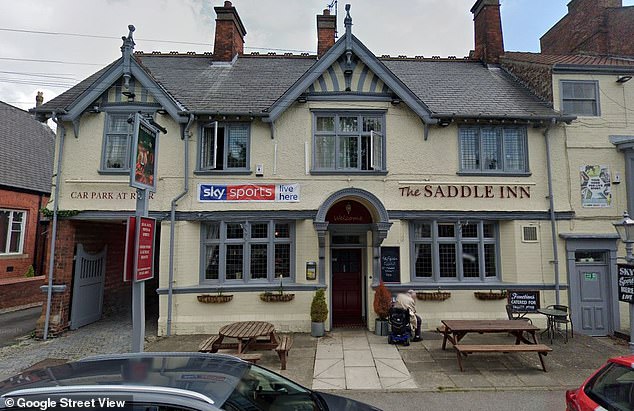 Mrs Eccles said they then began receiving hundreds of emails from all over the world, asking them to cancel the reindeer, and one person even threatened to burn the pub down

‘Those of you who have already purchased tickets, please come and see us for a refund.

‘After everything we have done to support the local community in the nearly two years we have been here, we now have to seriously consider our safety and whether or not we feel safe enough to stay here at the pub.’

The threat has appalled local residents. One posted: ‘Shocking behaviour, it’s a shame as you do so much for this community.’ Another posted: ‘Terrorism wins. That’s the world we live today.’

Rebecca said the reindeer visited last year and grazed happily in a cordoned off area of grass, and not in a ‘miserable little pen.

She claimed the charity got involved after being contacted by someone locally.

She said she would still have gone ahead with this year’s event if it had just been her and Steve, but they had to think about their staff, customers and young children who would have turned up. 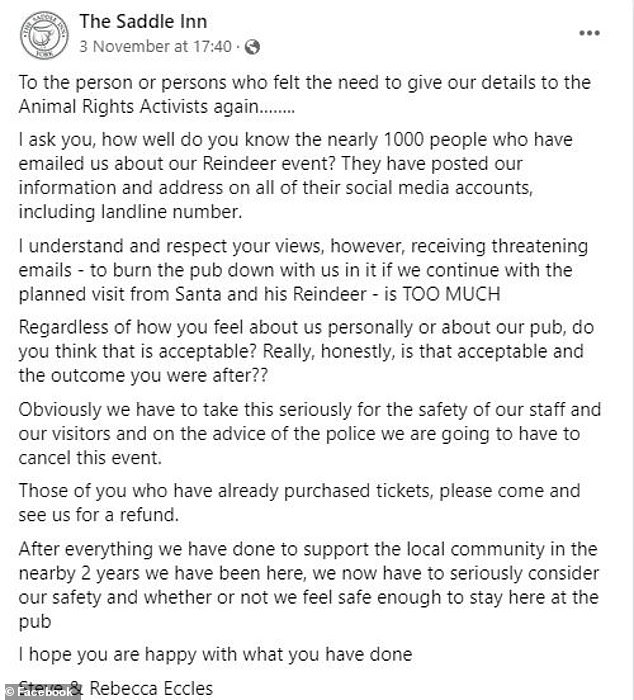 She added that the pub would still go ahead with a separate Christmas market on December 4 and 5.

Freedom for Animals said that every year it raised awareness about the ‘plight’ of animals used as props in festive events, which it claimed were forced to endure cramped conditions, loud noises, and manhandling from the public and asked businesses to plan ‘compassionate’ events instead, without the ‘exploitation of living, feeling animals such as reindeer.’

‘On Tuesday November 2, we used social media to draw our supporters’ attention to one event in York, where a pub was planning on having reindeer on site for just this kind of event.

‘We asked our supporters to contact the venue and politely ask that they continue their celebrations without the use of live animals.

‘The pub owners have alleged that some of the communication they have received from members of the public have been threatening in nature. We as an organisation do not condone any threats of violence and would not encourage anyone to make any.’

ABBA Return, More ABBA-Esque Than Ever, With ‘Voyage’: Album Review