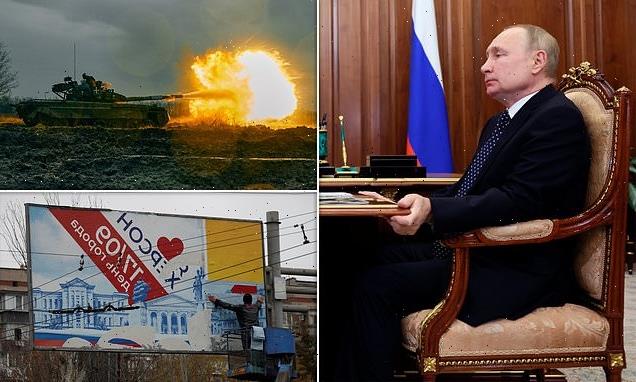 Putin is fighting for his life, Ukraine says

Putin fears he will be KILLED and is ‘fighting for his life’ in Ukraine because ‘there is no forgiveness for tsars who lose wars in Russia’, senior Ukrainian figure claims

Vladimir Putin is ‘fighting for his life’ and fears he could be killed if Russia suffers further heavy setbacks after the liberation of Kherson, a senior Ukrainian intelligence figure has claimed.

Oleksiy Arestovich, an advisor to Volodymyr Zelensky’s chief of staff, said the shock capture of the Russian-held territory has dramatically raised fears in the Kremlin that Ukraine will win the war.

He said, according to The Times: ‘[Putin] is very afraid because there is no forgiveness in Russia for tsars who lose wars.

‘He is fighting for his life now. If he loses the war, at least in the minds of the Russians, it means the end. The end of him as a political figure. And possibly in the physical sense.’ 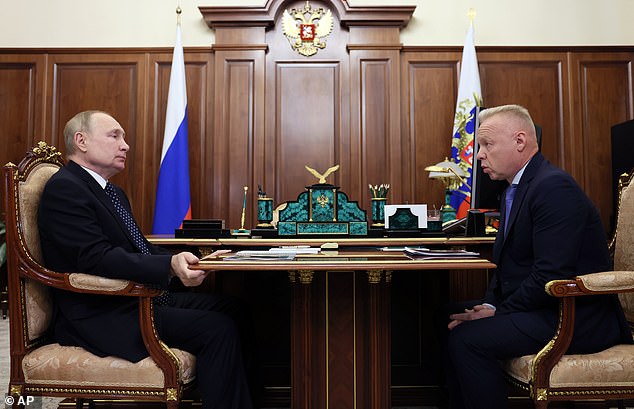 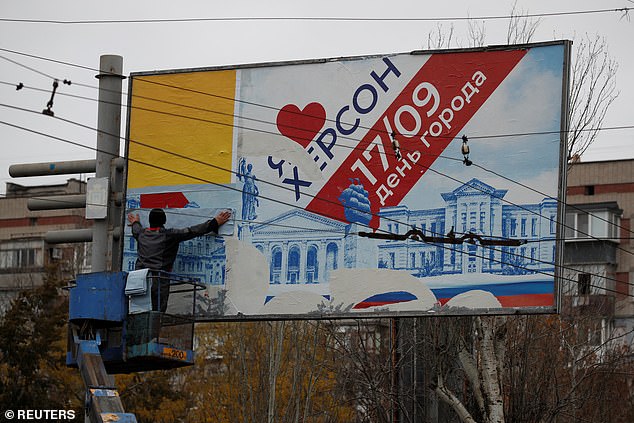 Kherson’s huge importance to the Kremlin – both because of its link to Russian-annexed Crimea and Ukraine’s Odessa port to the west – made it an embarrassing loss to Putin when he ordered his troops to retreat last week.

It is Ukraine’s biggest capture of the war and has triggered renewed Russian strikes and plans for a new offensive from Belarus, Arestovich said.

He added: ‘This has forced even people who are very loyal to Putin to doubt that they can win this war.’

Arestovich says Russian troops will mount an offensive from Belarus to the Donbas and also try to claim the Rivne nuclear plant.

Russian strikes have already hit the region and one of the plant’s four units was disconnected last week.

Arestovich believes the strikes which have halved Ukraine’s power capacity are a form of ‘blackmail’ to force Ukraine and its allies into talks with the Kremlin. 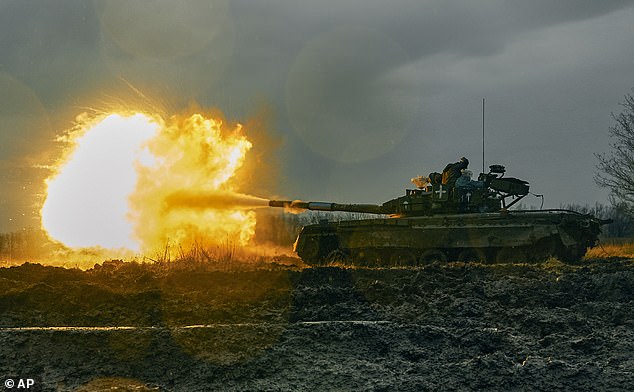 Putin would demand the occupied regions of Crimea, Donetsk and Luhansk which he would hail as a victory to Russians, the advisor says.

But his citizens may not be so impressed with the territory gains, with Russians already expressing their displeasure at the costly war to the despot.

Furious wives and mothers of conscripted men have taunted the leader, saying ‘Are you a man?’ as he refused to meet them.

The women even claimed the warmonger has set his plain-clothed surveillance spies on them to monitor their campaign to bring their relatives out of the war zone.

The Russian leader is set to meet mothers of mobilised troops soon but protesting relatives say these will be handpicked by the Kremlin in a choreographed session without difficult questions about the fate of their ‘cannon fodder’ men.

In a defiant video, mother Olga Tsukanova, 46, from Samara, whose son, 20, is lost after being mobilised, demanded: ‘Vladimir Vladimirovich [Putin], are you a man or what?’ In a sign of rising opposition to his war and rumoured new round of mobilisation, the brave campaigner, head of the Council of Mothers and Wives, asked: ‘Do you have enough courage to look into our eyes — openly, in a meeting with women who weren’t hand-picked for you…?

‘Women who aren’t in your pocket, but real mothers who have travelled here from different cities at their own expense, to meet with you?

‘We are here, in Moscow, and we are ready to meet with you. We expect an answer from you.

‘Are you going to keep hiding from us?’

Putin’s spokesman Dmitry Peskov has already said 70-year-old Putin will not meet these women but those who believe in his war.

The council has accused Putin’s commanders of issuing ‘criminal orders’ putting the lives of their relatives at risk. 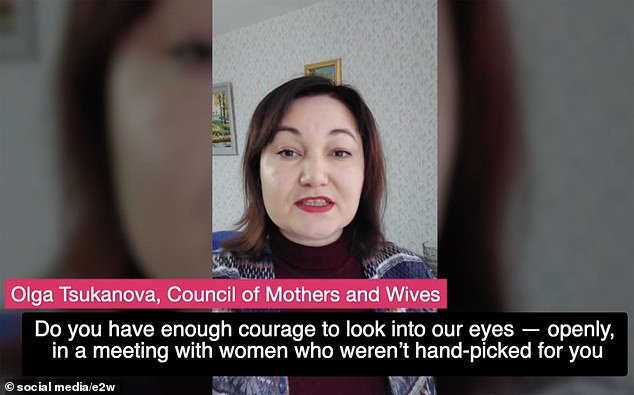 In a defiant video, mother Olga Tsukanova, 46, from Samara, whose son, 20, is lost after being mobilised, demanded: ‘Vladimir Vladimirovich [Putin], are you a man or what?’ 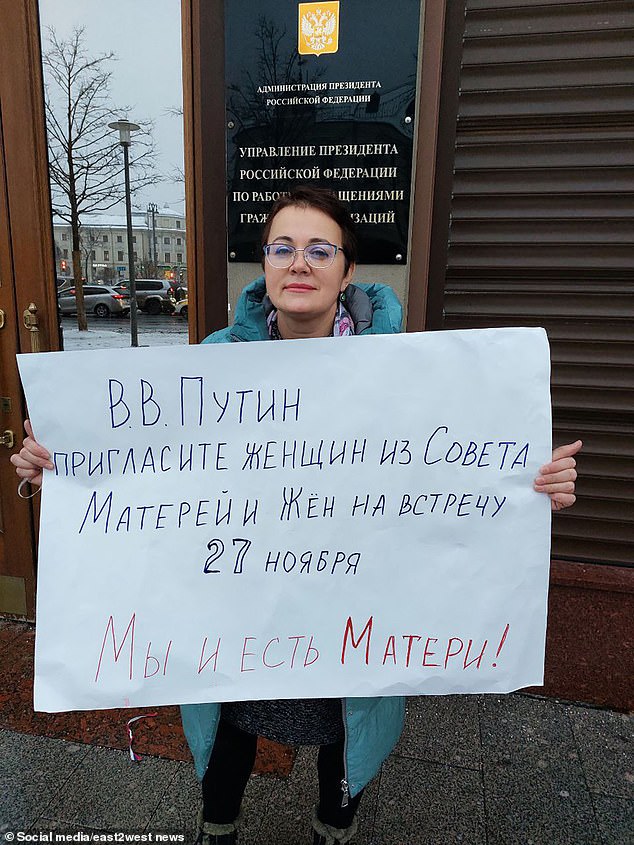 Viktoria Usmanova from Tomsk holds a poster which reads: ‘Putin, invite women from the Council of Mothers and Wives to the meeting on November 27. We are the mothers!’

Tsukanova claimed the lack of women in the Kremlin and Putin’s power structures was a cause of the war crisis engulfing Russia and Ukraine.

‘We have men in the Defence Ministry, in the Military Prosecutor’s Office, in the Presidential Administration — it’s all men, including [you] – the president,’ she said.

‘And mothers are on the other side of the divide.

‘Well, are you all going to come out for some dialogue — or will you just stay in hiding?’

The women had called for a ’round table’ session with Putin’s officials on the treatment of mobilised men.

Later it emerged that the women had been targeted by Soviet-style snooping.

In another video, Tsukanova said: ‘So this is how they answer us for contacting [Putin’s] government… 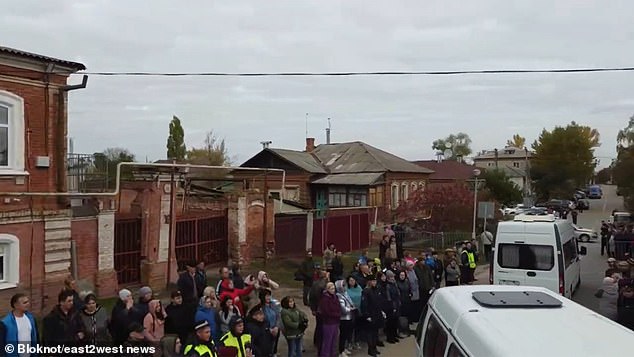 There are growing reports of the poor conditions faced by the 300,000-plus mobilised by Putin (pictured: mobilisation in Voronezh) 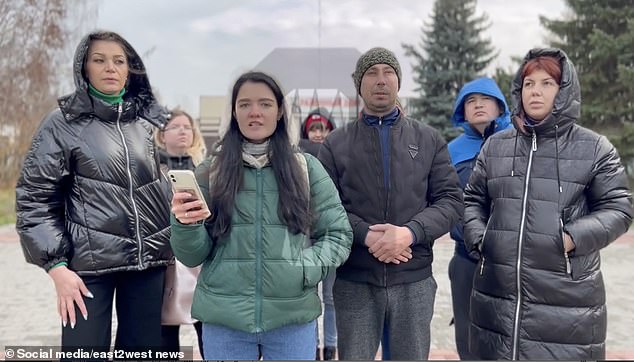 Relatives of the mobilised from Vladimir region, who were sent to the front near Svatovo without proper equipment and training, addressed Putin, and asked him ‘to take action’

‘Since early morning we are running away from pursuers, while they openly follow us.

‘Instead of answering the appeal from women, they sent some people from the power structures to tail us activists.

‘I believe this is an attempt to either disrupt the event, or to put pressure on us .

‘We are making it public .

‘If something wrong happens, know that this is who we contacted in the power system: the Interior Ministry, Presidential Office, Defence Ministry, Military Prosecutors, Human Rights Envoy.

‘This is where we’ve been.’

The US has estimated 100,000-plus Russian soldiers have been killed or maimed in the war.

There are growing reports of the poor conditions faced by the 300,000-plus mobilised by Putin, with little training, poor weapons, inadequate clothing and absent commanders.

Peskov said a meeting had been set up with some mothers.

But the longstanding Committee of Soldiers’ Mothers were also not invited, said the head of this well-established human rights organisation Valentina Melnikova, 76.

She told Verstka: ‘We were not invited.

‘If they invite us, we will think.

‘What should we talk about with Putin? We are a peacekeeping organisation.’

Kremlin sources indicate they may establish their own loyalist and ‘patriotic’ group of mothers and wives who will not criticise Putin.

The council wants untrained conscripts to be removed from Ukraine and bordering regions .

Putin had promised they would not go to the frontline but this pledge has been broken.

They asked: ‘Why has it become a crime to tell the truth in our country?

‘The army is not discredited by those who talk about the real state of affairs, but by those who give criminal orders, who release war criminals without trial or investigation, who throw conscripts under artillery fire.’