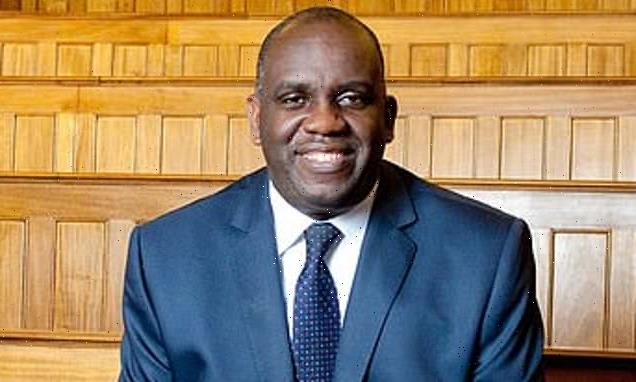 The author of a government race report who came under fire for saying white people have a lower life expectancy claims he has been vindicated.

Tony Sewell, chairman of the Commission on Race and Ethnic Disparities, said he and his team faced ‘abuse’ following the publication of the report in March.

It found that pre-pandemic health outcomes among ethnic minority groups were better than among white people – a finding that was later supported by the Office for National Statistics.

The British Medical Journal was among those to have criticised Mr Sewell but it has now published an analysis of the official data that backs his findings. It concedes that between 2012 and 2019, ‘the White ethnic group had lower life expectancy and higher overall mortality than all ethnic minority groups except the Mixed group’.

The Race Commission, launched by Boris Johnson following Black Lives Matter protests, hailed the UK a ‘beacon to the rest of Europe and the world’

It continues: ‘For individual causes of death, the picture was more varied, with ethnic minority groups generally having lower mortality than the White group for half of the 30 leading causes of death (responsible for about 80 per cent of all deaths).’ The BMJ analysis pointed to ‘the healthy migrant effect’ and lower rates of tobacco and alcohol use as possible explanations.

However, it also notes that the overall ‘mortality advantage’ of some ethnic groups, namely Bangladeshi, Pakistani and black Caribbean males, had been reversed due to their higher risk of death from Covid.

It was likely this was down to the higher chance of living in densely populated urban areas, in large and multi-generational households, and of working in public-facing roles such as health and social care, it adds.

Mr Sewell told the Daily Telegraph that his team knew their findings on the mortality of ethnic groups would be backed up by the ONS when they published their report.

‘Essentially what happened was people didn’t look at the data,’ he said. ‘What they were driven by was a bit of hysteria around the Covid results.

‘We are not denying racism is a factor, but we are looking at race disparities and some people didn’t realise white people could fare worse.

‘Making that statement seemed to worry people. People wanted us to say something along the lines that “black people’s health outcomes were worse than whites”, but that wasn’t true.’ The wider report into racism in Britain caused outrage after finding no evidence of institutional racism.

It recommended that the UK should act as a model for other white-majority countries.

An article in the BMJ accused the Government-appointed commission of ‘cherrypicking’ the evidence. Mr Sewell said: ‘I feel very vindicated by this and if people had bothered to read our report rather than listening to the news, they would have seen we were telling the truth.’

The ONS study, on which the latest BMJ analysis is based, used data from more than 50million people. The BMJ authors – including those from the University of Cambridge and Imperial College London – describe the ‘paradox’ of better mortality outcomes among some ethnic groups, despite higher levels of deprivation.