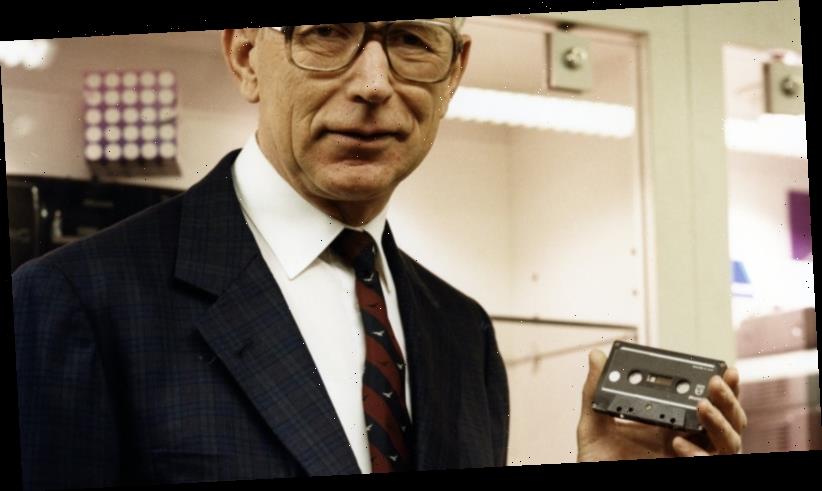 Rewind to the start: Lou Ottens, inventor of the cassette, dies aged 94

New York: In these digital days, it may be hard to appreciate how radically Lou Ottens changed the audio world when, in 1963, he and his team at Philips, the Dutch electronics company, introduced the cassette tape.

“As the story goes, Lou was home one night trying to listen to a reel-to-reel recording when the loose tape began to unravel from its reel,” Zack Taylor, who directed the 2017 film Cassette: A Documentary Mixtape, said by email.

Ottens was in charge of product development at the Philips plant in Hasselt, Belgium, at the time.

“The next morning,” Taylor continued, “a frustrated Lou Ottens gathered the engineers and designers from the Philips audio division and insisted that they create something foolproof: the tape had to be enclosed, and the player had to fit in his jacket pocket.”

The cassette was a way to play music in a portable fashion, something not easily done with vinyl, and to record it conveniently as well. Artists started using cassettes to record passing ideas. Bootleggers used them to record live concerts for the underground market. Young lovers used them to swap mixtapes of songs that expressed their feelings. 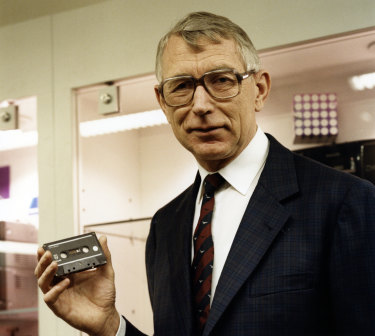 Lou Ottens, the Dutch inventor of the cassette tape, died Saturday March 6, 2021, at the age of 94.Credit:Philips Company Archives

Another portable technology, the bulkier 8-track cartridge, was introduced in the same period, but cassettes, smaller and recordable, quickly doomed those devices, and also cut into the vinyl market.

“It was a big surprise for the market,” Ottens told Time magazine in 2013, the 50th anniversary of that wallet-size breakthrough. “It was so small in comparison with reel-to-reel recorders that it was at that moment a sensation.”

Ottens died Saturday in Duizel, in the Netherlands, said Tommie Dijstelbloem, a spokesperson for Philips. He was 94.

“The best thing about the compact cassette story,” the newspaper Nederlands Dagblad wrote in 2011, “is that its inventor also caused its downfall.”

Not quite. Cassettes remain popular with some aficionados. Ottens, though, was not one of them.

“Now it’s nostalgia, more or less,” he said in the documentary. “People prefer a worse quality of sound out of nostalgia.”

Lodewijk Frederik Ottens was born in Bellingwolde, the Netherlands, on June 21, 1926. He graduated from what is now Delft University of Technology with a degree in mechanical engineering and began working at Philips in 1952.

He became head of product development in 1957 and began overseeing the development of a portable reel-to-reel machine in 1960. Olga Coolen, director of the Philips Museum in Eindhoven, the Netherlands, said that when he conceived the idea of a cassette tape, he carried a wooden block in his coat pocket that was the size and shape of what he envisioned.

“His wooden block prototype was lost when Lou used it to prop up his jack while changing a flat tire,” she said by email. “However, we still have the very first cassette recorder he developed on display, a testimony to his foresight and innovation.”

The company unveiled the cassette in 1963 at a product exhibition in Berlin. The old saying about imitation being the sincerest form of flattery was quickly proved.

“Our cassette was extensively viewed and photographed by the Japanese,” Ottens told an interviewer in 2013. “A few years later, the first Japanese imitations came, with a different tape format, different dimensions, different playing time. Not shocking, but too many hit the market. Then it becomes a big mess.”

Philips made its licensing available free, largely at Ottens’ urging, and its version of the cassette soon became the standard.

“That’s the reason that it didn’t become obsolete too early,” Ottens said in the film, “and it’s taken 50 years to die.” 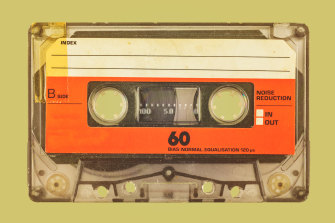 Ottens wanted something small enough to fit in a jacket pocket. Credit:Shutterstock

After the cassette, Ottens worked on an unsuccessful videodisc project before shifting to the CD. And before that innovation was released, he had shifted his focus to Video 2000, a system intended to compete with VHS; it, too, did not catch on.

He retired from Philips in 1986. Information on his survivors was not immediately available.

“Lou was never comfortable taking credit for the cassette, or for the incalculable impact it had on the history of music,” Taylor said. “What I saw as a deeply personal medium, Lou saw as a pragmatic answer to the cumbersome nature of the reel-to-reel”.

Serena Williams Puts Her Beverly Hills Mansion on the Market for $7.5 Million