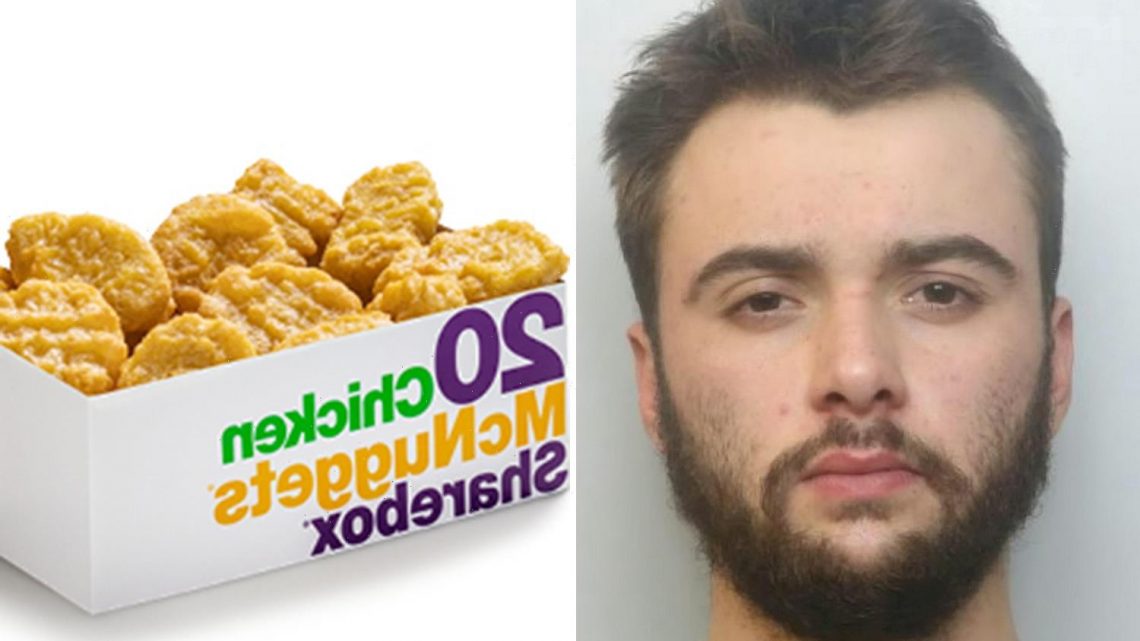 A ROBBER armed with a fake gun raided a McDonald’s demanding chicken nuggets – but only got a McMuffin as it was only serving the breakfast menu.

Hungry Rudi Batten, 22, had already a raided a takeaway the night before – fleeing with some fried chicken. 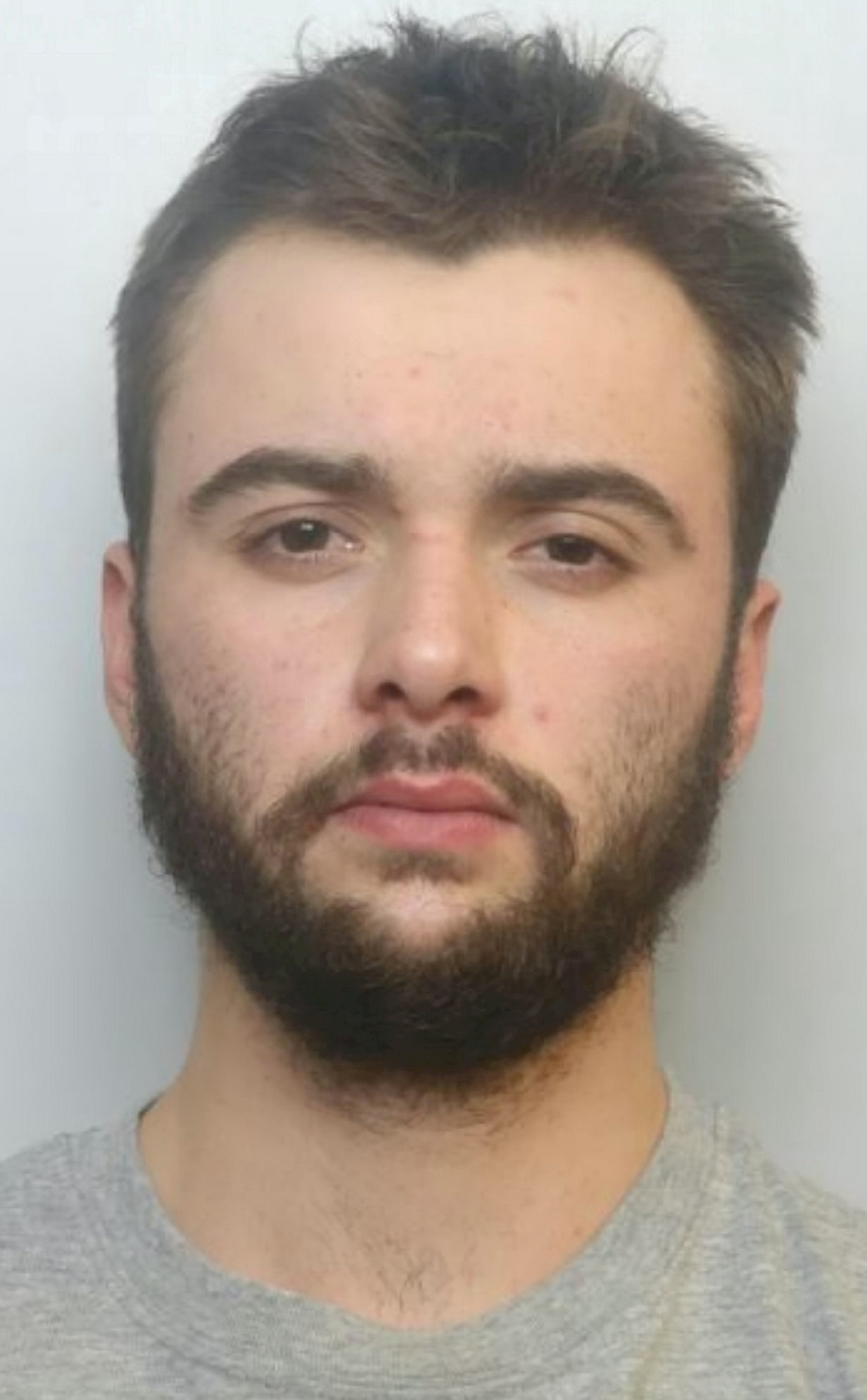 The next day he went to Maccie’s in Yate, near Bristol, and took £50 in notes from a till before holding an imitation firearm to the head of the store manager and leading him to the safe.

Batten then asked for some nuggets but had to settle for a double sausage McMuffin after being told the restaurant was only serving from its breakfast menu at that time.

Batten was jailed for six years at Bristol Crown Court for the bungled raid.

Sentencing him, Judge William Hart said: "The staff were clearly terrified as anyone would be.

''It's the last thing people would expect in a quiet takeaway in that part of the country.

"A chilling aspect of that robbery is the way the gun was held. 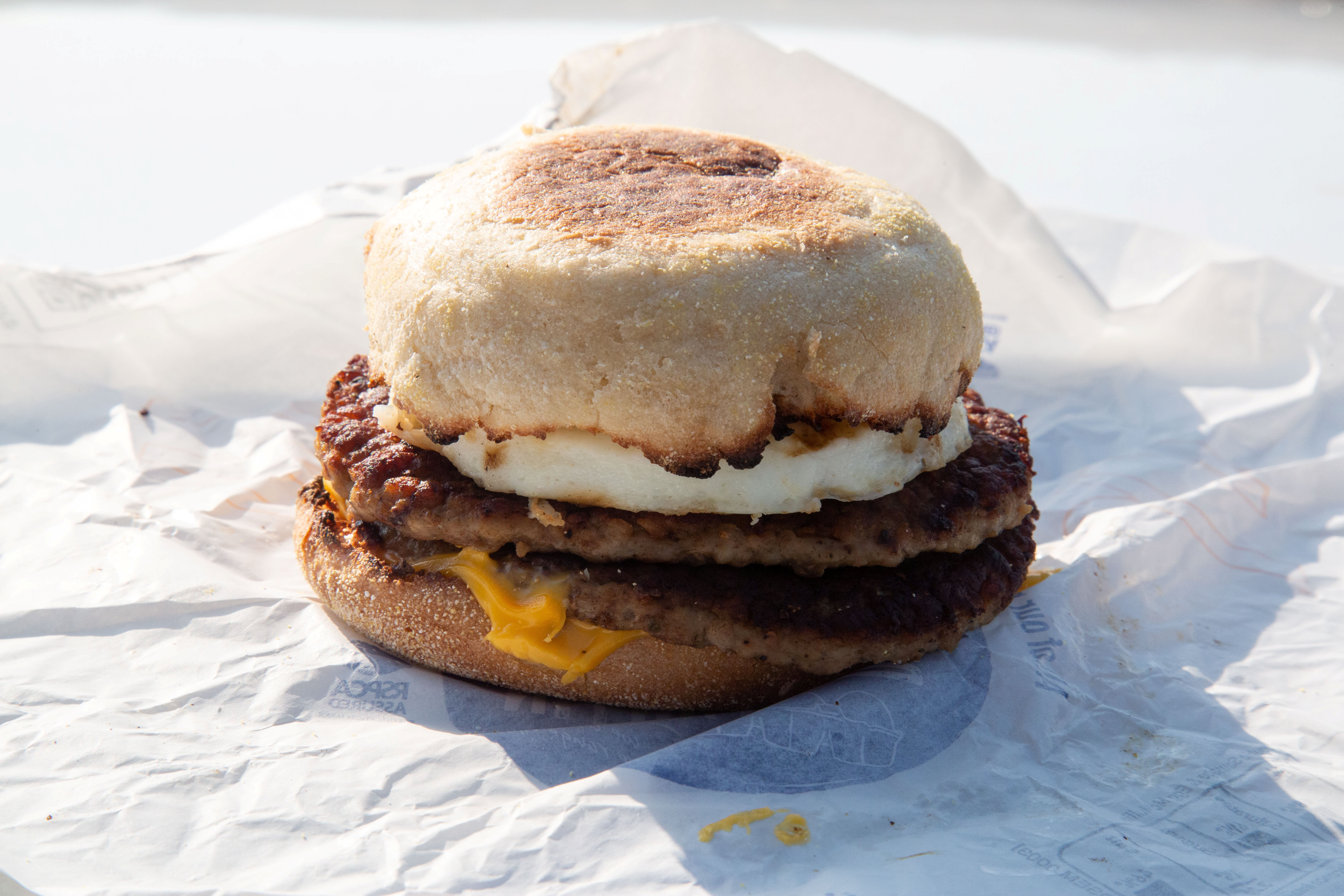 "It's clear the impact this sort of offending has. There was considerable alarm in the community."

A red tin containing £250 in notes, two float bags containing £100 each and a bag of coins was taken.

The 7am raid came after Batten robbed takeaway Miss Millie's in Yate the night before where he left with cash – and some fried chicken.

The court was shown CCTV footage of Batten, wearing an Adidas top and bottoms with white stripes, entering Miss Millie's at around 6.20pm on February 7.

He was holding what appeared to be a black gun in his right hand, and a knife in his left.

Batten is reported to have stolen around £200 from the till before leaving store with some chicken and returning to the residential accommodation he was living in.

At around 7am the next morning he entered McDonald's, again holding the imitation pistol.

He is reported to have said: "I'm being forced into doing this. I don't want to do this."

Shortly before 3pm, Batten handed himself into the police.

By this time he had already been identified on CCTV.

A search of his accommodation found the clothes he was seen wearing, numerous coins and the imitation firearm – which was actually a .177 air pistol that was not loaded with any pellets.

Victim impact statements from members of staff at Miss Millie's and McDonald's were read out in court.

When does McDonald’s serve breakfast?

McDonald's serves breakfast every day until 11am.

It used to switch to the lunchtime menu at 10:30am, but bosses added an extra 30 minutes to the breakfast offering in 2019.

Restaurants that are normally open 24 hours a day start serving breakfast from 6am.

Every other restaurant kicks off the day with the breakfast menu at their normal opening times.

McDonald's starts its normal menu from 11am each day.

They continue serving burgers, chicken nuggets and the rest of the normal menu right through until closing time, which will vary depending on your restaurant's opening times.

Food on the normal menu and the breakfast menu can't be cooked at the same time.

Breakfast food is cooked slightly differently and at different temperatures to burgers and fries and there's not enough space to do both menus at once in the kitchens.

McDonald's says on its website: "The 11am cut off enables us to accommodate our breakfast lovers, whilst allowing the customers who enjoy our main menu to get their food before 11:30am."

One said: "Any interaction with a customer makes me really tense, on edge and panicky.

"There have been times when I haven't been sleeping.”

Another member of staff involved explained he had been suffering from nightmares and flashbacks and was now on medication.

A statement was also read out from Philip Boult, headteacher of The Ridge Junior School, who explained that doors were locked and all pupils were gathered in the main school building after they received a number of calls from parents.

He said: "We did not tell the children why we had done this as we did not want to worry them. 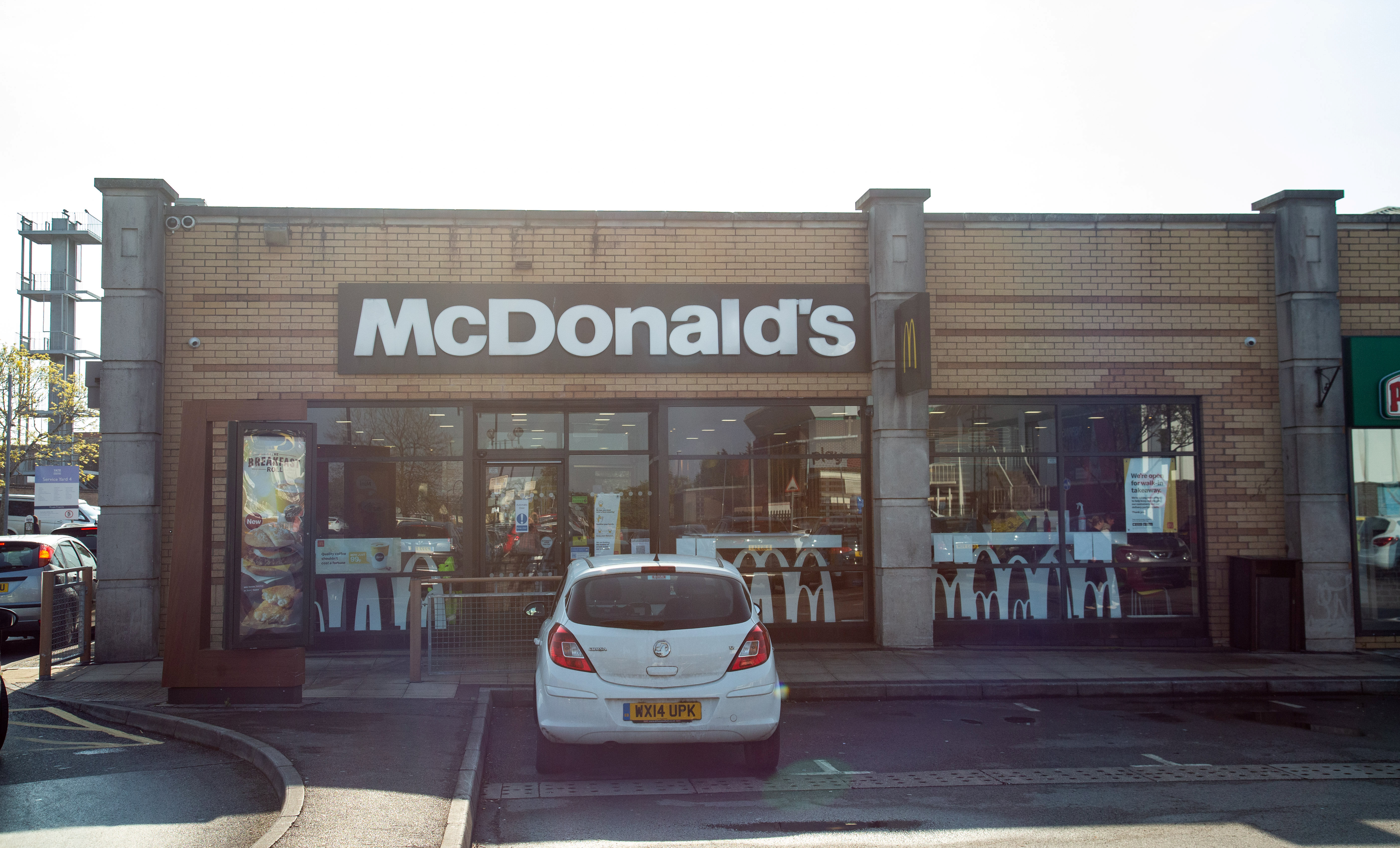 "All through this period we were receiving calls from concerned parents."

Batten had earlier pleaded guilty to two counts of robbery, two counts of having an imitation firearm with intent to commit an indictable offence and one count of possessing a knife or blade in a public place.

Speaking for the defence, Mrs Martin said the offences were carried out in order to pay back a debt and out of fear of what would happen to his family if he could not.

"He is utterly ashamed and embarrassed," she said.

"He is horrified he behaved in this way. He is deeply deeply sorry he committed these offences.

"The lack of sophistication, the lack of any disguise are indicative of the desperation with which these offences were committed.

"He had got himself involved in drink and drugs and with that comes the problem of paying for it.

"He had no way of paying it back. He was really quite terrified about what would happen." 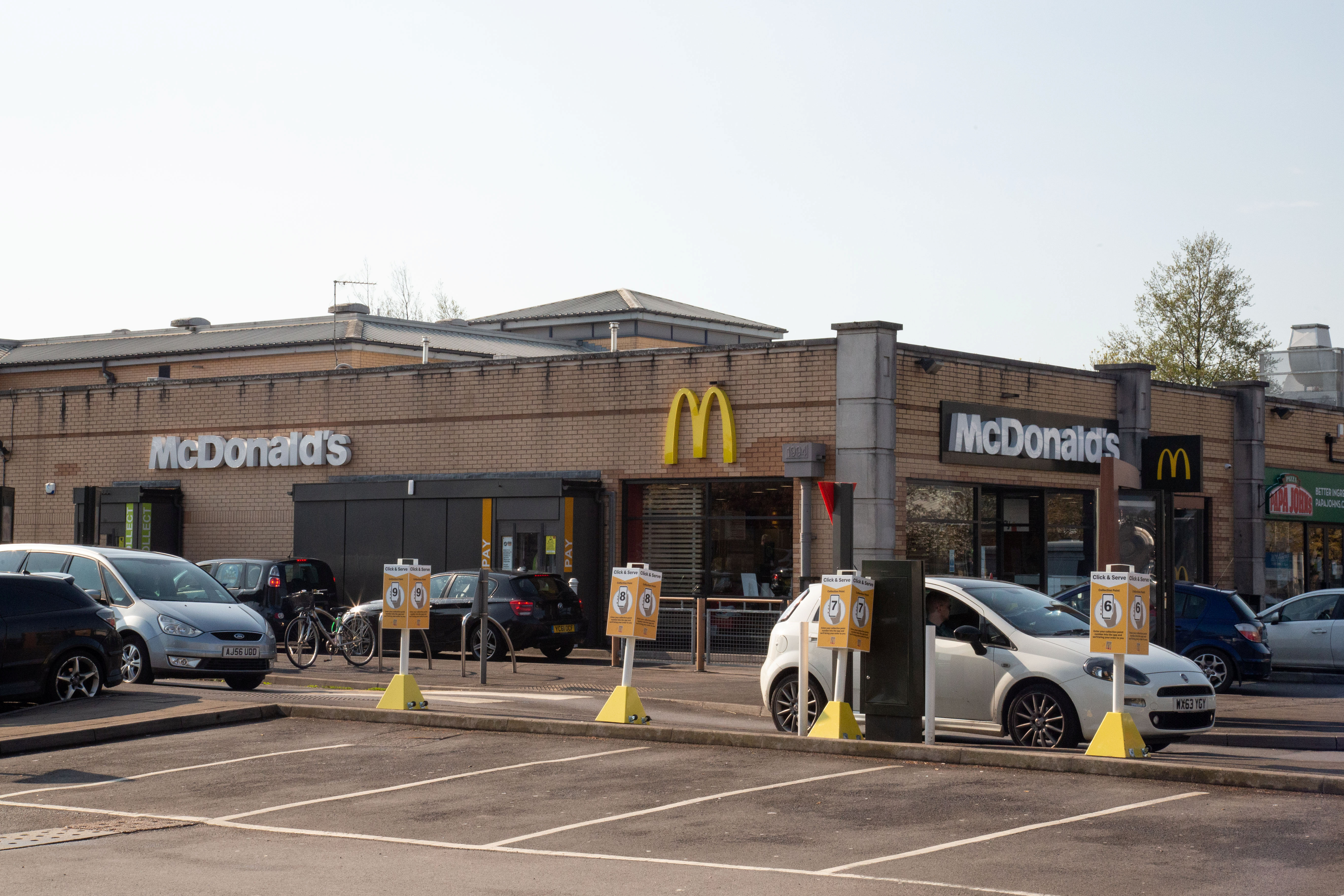