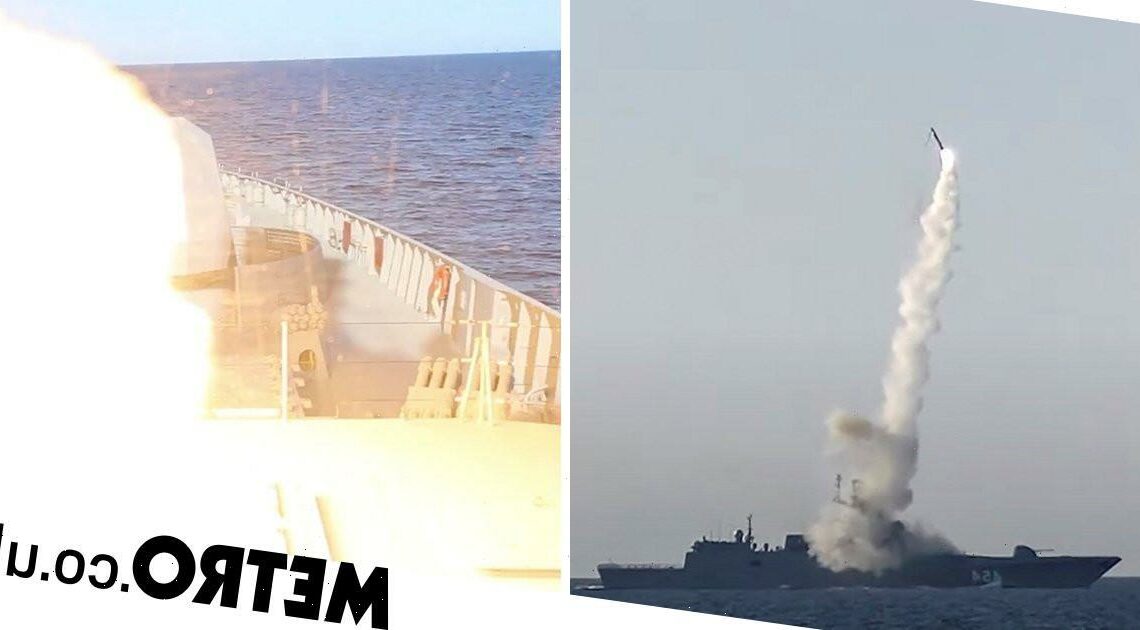 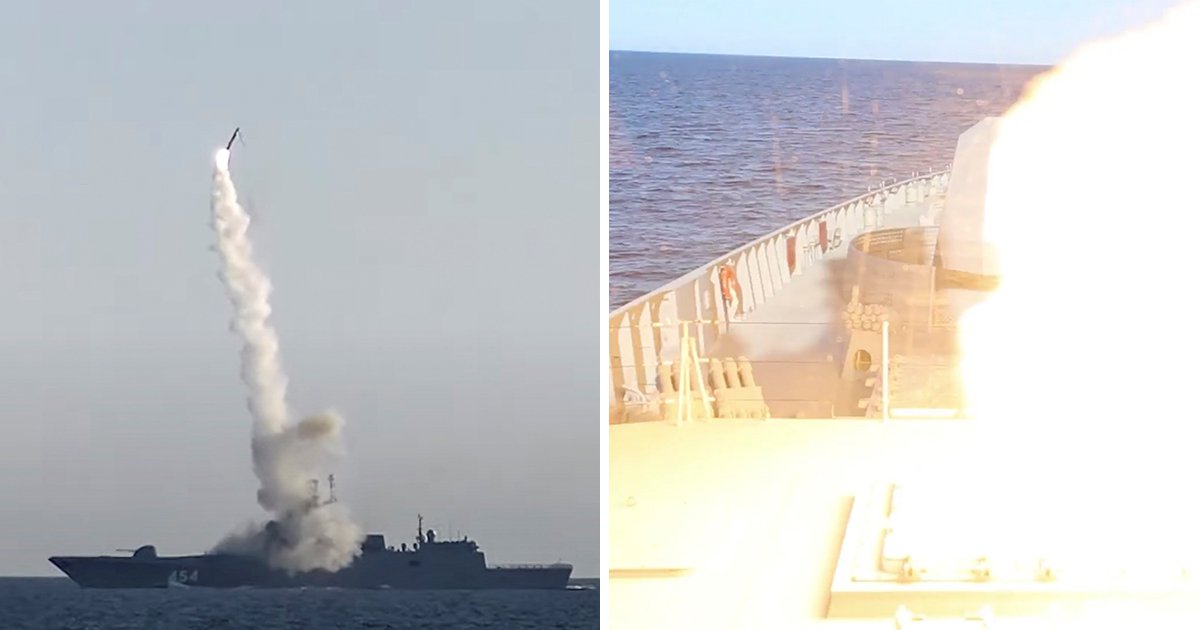 Russia says it has carried out another successful launch of its hypersonic cruise missile – a new weapon in an arsenal President Vladimir Putin brands ‘invincible’.

Moscow boasted that the Zircon missile blasted into a target 217 miles away, after reaching speeds nearly seven times the speed of sound.

The country has been highlighting its development of futuristic weapons in recent years – which it hopes will give it the edge in any arms race with the US.

President Putin claims he can hit almost any part of the world and that the weapons can evade a US-built missile shield.

Amid poor relations with the West, Russia’s defence ministry released footage showing the Admiral Gorshkov warship, currently in the White Sea, firing the cruise missile on a ground target on the Barents Sea coast.

In a statement, the department said: ‘The Zircon missile successfully hit a target directly at a range of over 350 kilometres (217 miles). The flight speed reached nearly Mach 7.’

President Putin revealed the development of the new weapon in a state of the nation address in February 2019, saying it could hit targets at sea and on land with a range of over 600 miles and a speed of Mach 9. 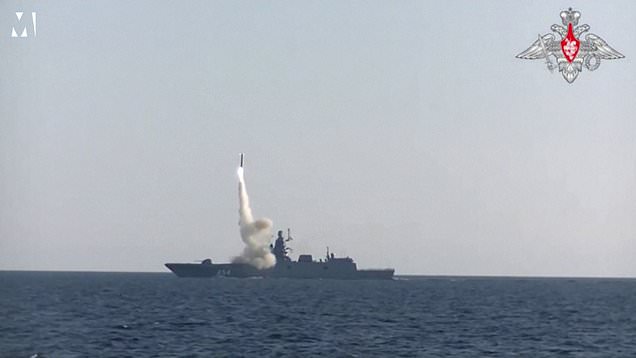 The defence ministry has said it plans to equip both warships and submarines with the Zircon.

The missile has undergone several recent tests and in October last year Mr Putin described one of the test firings as a ‘great event not just in the life of our armed forces but for all of Russia’.

Russia has boasted of developing several weapons that can bypass existing defence systems, including the Sarmat intercontinental missiles and Burevestnik cruise missiles.

Western experts have linked a deadly blast at a test site in northern Russia in 2019 – which caused a sharp spike in local radiation levels – to the Burevestnik nuclear-powered cruise missile.