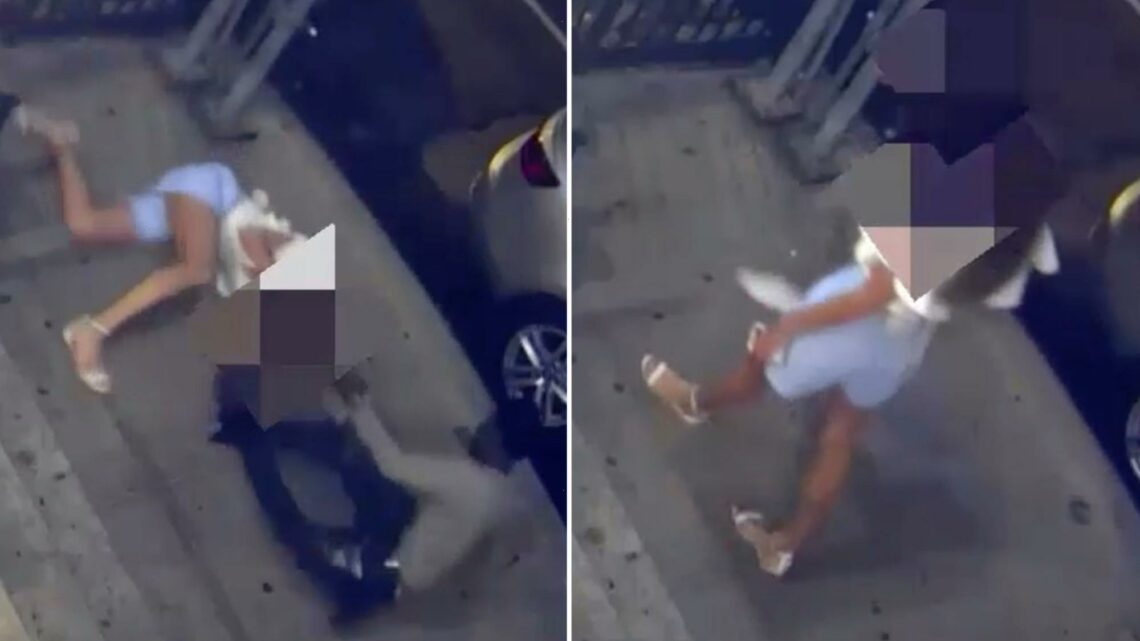 Russian tourist attacked in Chelsea not afraid to return to NYC, pal says

The Russian tourist who was violently attacked in Manhattan had to get “two layers” of stitches in the back of her head over the ordeal — but isn’t deterred from visiting the Big Apple again, her pal told The Post Wednesday.

The 31-year-old victim, who hopped a plane to London Wednesday on a pre-planned trip, didn’t know the extent of her injuries in the vicious June 26 assault in Chelsea until she watched video of the disturbing assault.

“She completely underplayed it in her mind so she was very shocked when she saw the video,” said her 27-year-old friend, Andrea. “She didn’t remember hitting the pole. She thought it was just a scrape.”

The attack happened around 9:30 p.m. on June 26 as the tourist and another friend were walking along Eighth Avenue in Chelsea. The would-be mugger tossed the victim into a scaffolding pole and onto the ground — then dragged her across the sidewalk and tried to snatch her purse, as her 33-year-old friend tried to intervene.

Andrea said the victim went to the hospital and received “two layers of stitches in the back of her head.”

The three women had just had dinner at the ART SoHo restaurant at the Arlo Hotel and were heading back to Andrea’s apartment — but she didn’t walk back with them.

“I wish I was there to help her … I should have come home,” Andrea said, adding that she “felt guilty” she wasn’t there to help thwart the attack.

The friends were grateful that a good Samaritan jumped in and chased off the attacker, Andrea said.

“He gave her his shirt,” she said. “She was very thankful. They met up after and she gave him back his shirt and she thanked him again.”

The victim, meanwhile, took the terrifying ordeal “with all the grace in the world” and already has plans to come back to New York City.

Cops were still searching for the suspect Wednesday.