Hannah Gutierrez-Reed, the Rust armorer charged alongside Alec Baldwin with involuntary manslaughter for the death of cinematographer Halyna Hutchins, "will be exonerated of wrongdoing," her attorneys say.

On the heels of the charges being announced on Thursday, her lawyers Jason Bowles and Todd J. Bullion released a statement on her behalf to Yahoo, saying "Hannah is, and has always been, very emotional and sad about this tragic accident. But she did not commit involuntary manslaughter. These charges are the result of a very flawed investigation, and an inaccurate understanding of the full facts. We intend to bring the full truth to light and believe Hannah will be exonerated of wrongdoing by a jury."

Shortly before, New Mexico prosecutors announced Gutierrez-Reed, who was in charge of the weapons on the Bonanza Creek Ranch set outside Santa Fe, and Baldwin, who had the gun when it went off, both will be charged with two counts of involuntary manslaughter related to the October 21, 2021 incident. The charges will be formally filed by New Mexico First Judicial District Attorney Mary Carmack-Altwies before the end of the month.

Assistant director David Halls, who was reportedly the go-between, taking the gun from Gutierrez-Reed and handing it to Baldwin, agreed to plead guilty to negligent use of a deadly weapon. The terms include a suspended sentence and six months of probation. 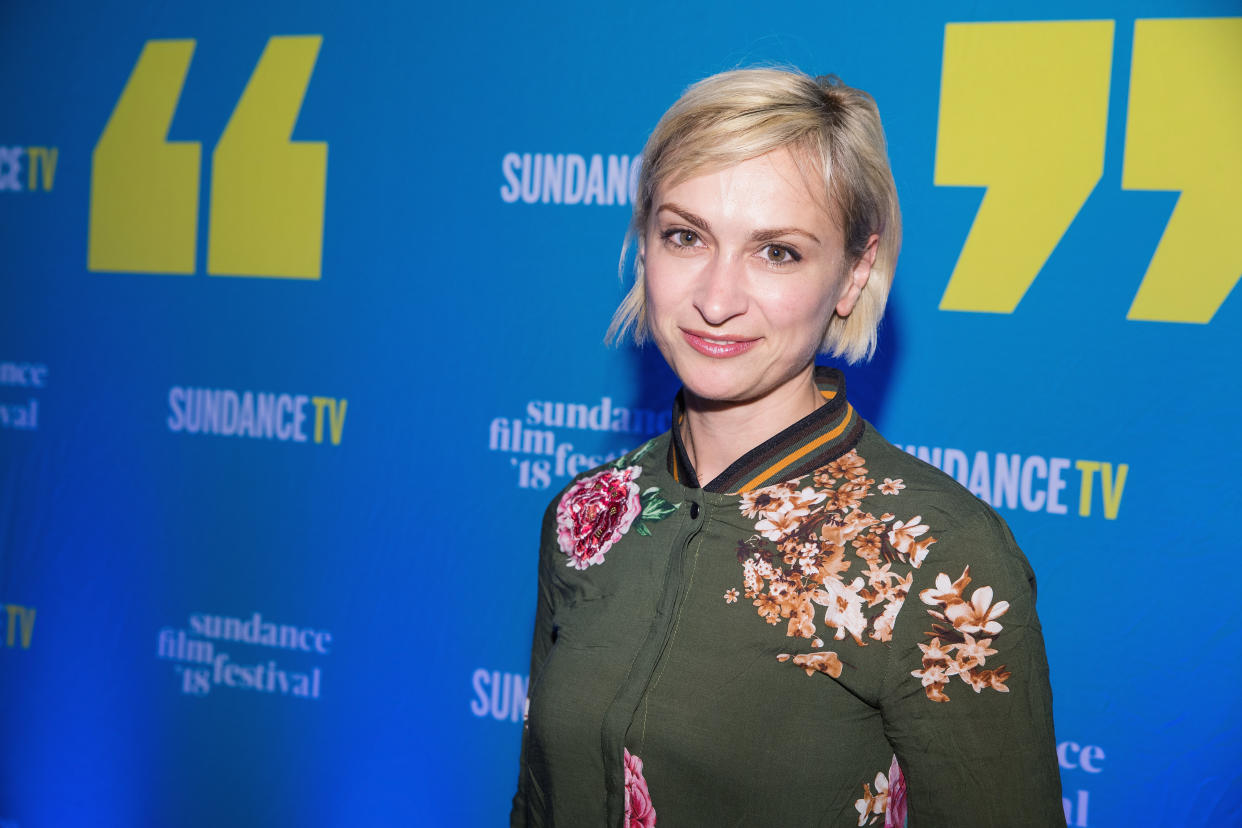 "After a thorough review of the evidence and the laws of the state of New Mexico, I have determined that there is sufficient evidence to file criminal charges against Alec Baldwin and other members of the Rust film crew," Carmack-Altwies said in a statement. "On my watch, no one is above the law, and everyone deserves justice."

Carmack-Altwies said that Gutierrez-Reed and Baldwin will be "charged in the alternative" with the two counts of manslaughter, meaning a jury will decide not only if they are guilty, but under which definition of involuntary manslaughter they are guilty. It's explained here in the statement:

The first charge can be referred to simply as involuntary manslaughter. For this charge to be proved there must be underlying negligence. Under New Mexico law, involuntary manslaughter is a fourth-degree felony and is punishable by up to 18 months in jail and a $5,000 fine. This charge also includes the misdemeanor charge of negligent use of a firearm, which would likely merge as a matter of law.

The other charge is involuntary manslaughter in the commission of a lawful act. This charge requires proof that there was more than simple negligence involved in a death. This is also a fourth-degree felony punishable by up to 18 months in jail and up to a $5,000 fine. This charge includes a firearm enhancement, or added mandatory penalty, because a firearm was involved. The firearm enhancement makes the crime punishable by a mandatory five years in jail.

Andrea Reeb, the special prosecutor appointed by the D.A. to the case, added that, "If any one of these three people — Alec Baldwin, Hannah Gutierrez-Reed or David Halls — had done their job, Halyna Hutchins would be alive today. It's that simple. The evidence clearly shows a pattern of criminal disregard for safety on the Rust film set. In New Mexico, there is no room for film sets that don't take our state’s commitment to gun safety and public safety seriously."

Hutchins was killed while Baldwin rehearsed in a church set with a .45 Colt revolver. He has said that Hutchins told him to practice with the gun as she set up the shot. He claimed he was previously told by Halls that it was a "cold" gun with no live rounds. He said he pulled back the hammer, not shooting it, and when he let go, the gun went off. The gun happened to be loaded with live ammunition instead of dummy rounds or blanks, which are used on sets. The live round struck Hutchins, exited her body, and then hit director Joel Souza. Hutchins died after being airlifted to the hospital. Souza, who was not critically injured, recovered. (No charges will be filed in the shooting of Souza, the district attorney's office said.) 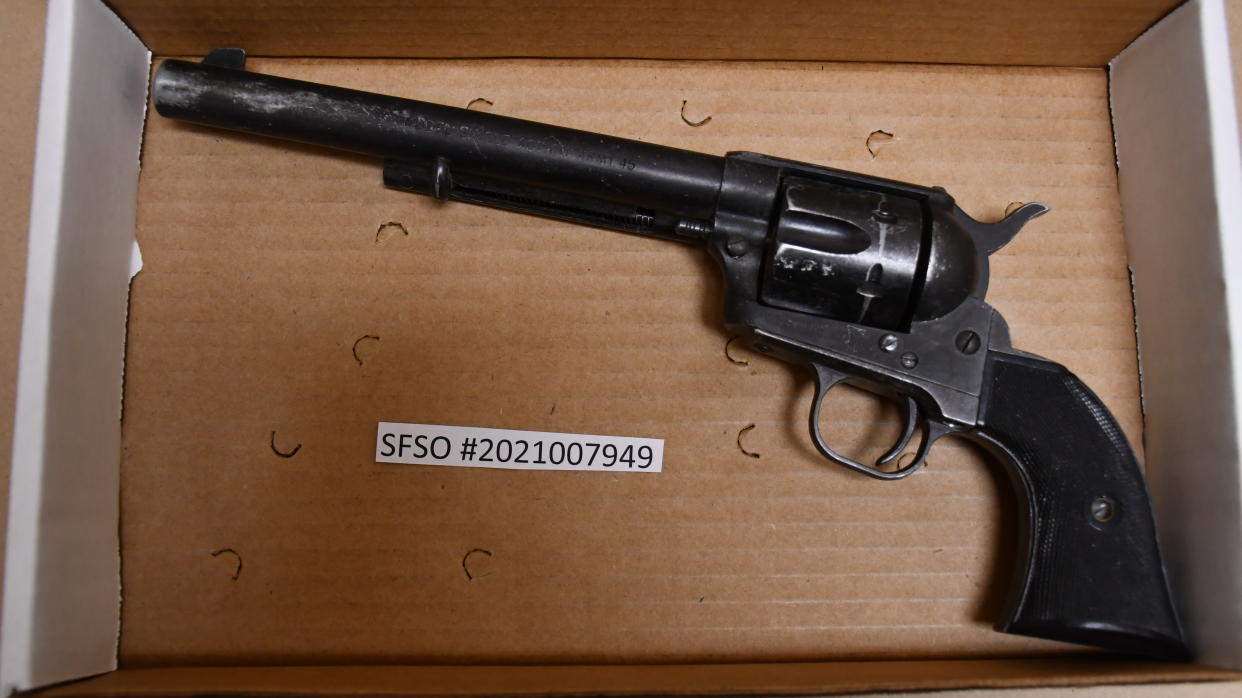 Gutierrez-Reed, just 24 at the time of the fatal accident, is the daughter of longtime Hollywood armorer Thell Reed. She's said she had "no idea where the live rounds came from," pointing a finger at the ammunition supplier, Seth Kenney and his company PDQ Arm & Prop, whom she filed a lawsuit against last year. (Kenney has said he was sure his company did not send live rounds to the set.)

Gutierrez-Reed, whose lack of experience has been in question, said the low-budget film, for which Baldwin was also a producer, was "unsafe," but not because of her. She said she "fought for training, days to maintain weapons, and proper time to prepare for gunfire but ultimately was overruled by production and her department." She slammed Baldwin, saying he knew to "never point a firearm at crew members under any circumstances. Yet he did point the gun at Halyna before the fatal incident against all rules and common sense." She also said he and others on the set “had a duty and responsibility to call [her] in for inspection of the gun and safety instruction before any gun scene was conducted." But she "was not called into the church before the impromptu gun scene rehearsal and she should have been."

Gutierrez-Reed also said she was "hired on two positions on this film" — as an armorer and a prop assistant — making it "extremely difficult to focus on her job as an armorer."

Baldwin, who previously said he didn't expect to be charged amid his own private investigation findings, hasn't commented directly on the charges. But his attorney Luke Nikas said in a statement on Thursday: "This decision distorts Halyna Hutchins' tragic death and represents a terrible miscarriage of justice. Mr. Baldwin had no reason to believe there was a live bullet in the gun — or anywhere on the movie set. He relied on the professionals with whom he worked, who assured him the gun did not have live rounds. We will fight these charges, and we will win."