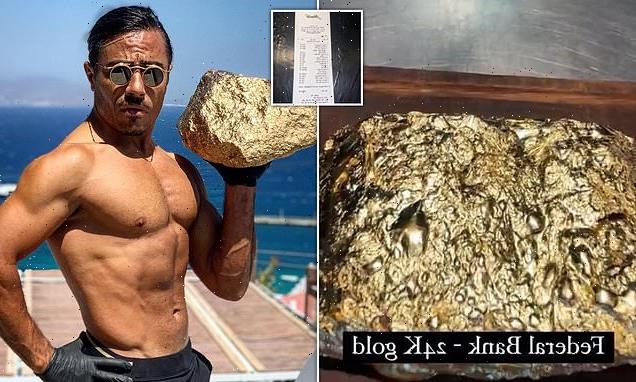 Influencer chef Salt Bae appeared to mock his critics with another boastful social media post of a steak coated in 24 karat gold leaf.

The Turkish millionaire chef, whose real name is Nusret Gökçe, shared a video to Instagram of one of his trademark steaks captioned: ‘Federal Bank – 24K gold’.

In the clip, the steak is pictured on a chopping board at what appears to be one of his kitchens. 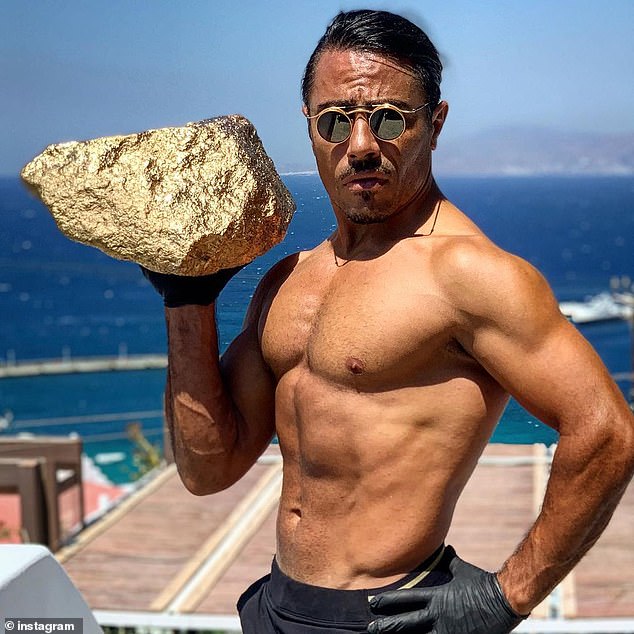 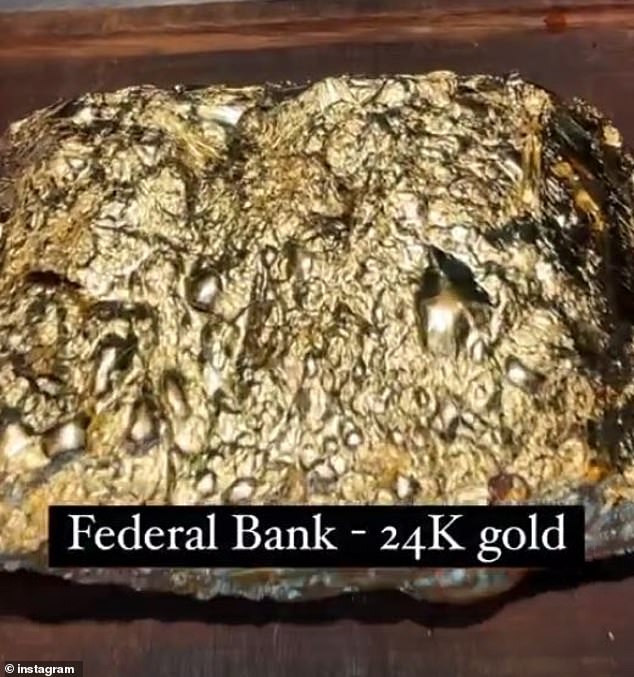 The short video was captioned: ‘Federal Bank – 24K gold’ and showed the slab of pricey meat

It comes just days after the restaurant owner found himself in hot water when he bragged about one party’s £140,000 bill at his eatery in Abu Dhabi.

But the diners weren’t finished there. They also spent 1,200 dirham (£273) on five portions of beef carpaccio, an appetizer of thinly sliced raw meat, and 320 dirham (£73) on four flowering onions.

Salt Bae posted the picture of the bill to Instagram, and his 49million followers, with the caption: ‘Quality never expensive #saltbae #saltlife #salt.’

Shortly after, Salt Bae received a barrage of criticism from other social media users, with more than 597,000 likes, and 26,500 comments, many of them disgusted by the bill.

One user wrote: ‘This is lame, that amount of money will help a whole village from dying. This is horrible.’

Many users were completely shocked by the price and called the total ‘insane’.

Another user said: ‘There are about 98 million people below the poverty line, homeless, and you are spreading lies?!!! what is the purpose behind publishing such things? I will unfollow you and I hope so from everyone to do the same … shame on you.’

Another wrote: ’55 bucks for a Heineken just so u can ruin the meal with gold leaf and drop salt through your hairy arms.’