Home » World News » Schumer’s SCOTUS threat was truly unprecedented, then he made it worse 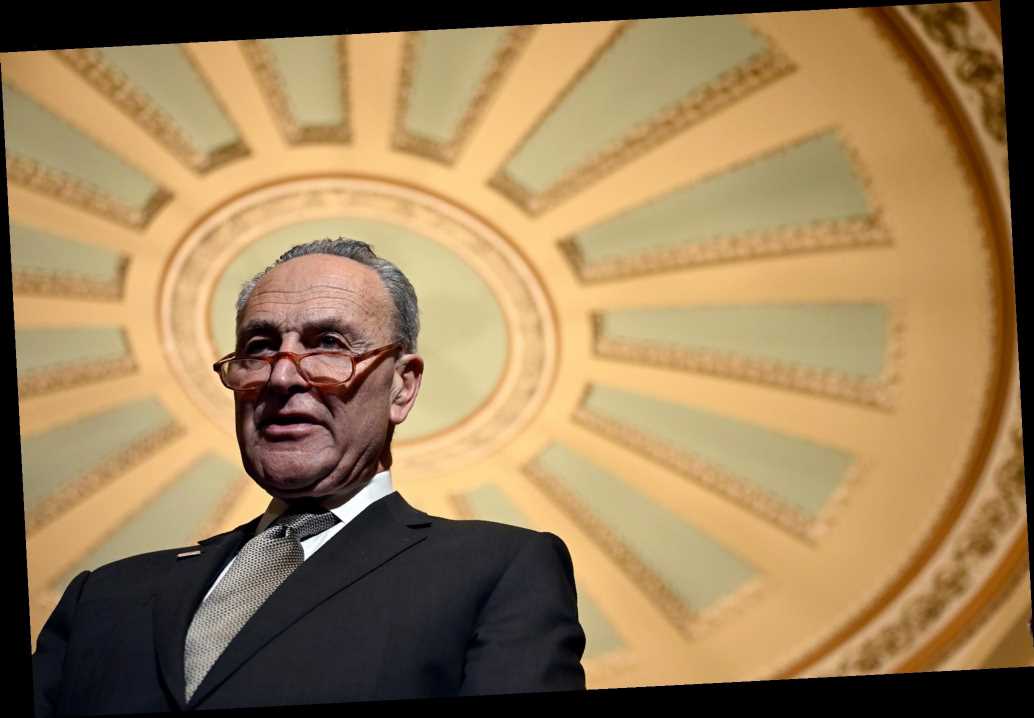 Schumer’s SCOTUS threat was truly unprecedented, then he made it worse

“If, then, the courts of justice are to be considered as the bulwarks of a limited Constitution against legislative encroachments, this consideration will ­afford a strong argument for the permanent tenure of judicial offices,” argued Alexander Hamilton in Federalist No. 78.

If we needed a pristine example of why justices are bestowed lifetime appointments and shielded from the intimidation tactics of unethical politicians, Sen. Chuck Schumer has now provided us with one.

Speaking to pro-abortion protesters in front of the Supreme Court this week, the Senate minority leader threatened — there’s no other way to put it — two sitting justices with repercussions if they uphold a Louisiana law aimed at protecting babies who survive abortions.

It’s possible that Schumer — who doesn’t have the slightest interest in protecting abortion survivors — can’t think of any good reason for hospital-admitting privileges for abortion providers, as the Louisiana law requires. But treating that as an “undue burden” is just an example of the Democrats’ abortion extremism. Threatening justices over the case is hysterical.

Moreover, Schumer’s thuggish ­rhetoric is a transparent attempt to intimidate justices. And wow — a sitting senator threatening an independent judiciary. Surely the champions of norms and decency will be horrified by this development. When President Trump, rather absurdly, demanded that Sonia Sotomayor and Ruth Bader Ginsburg recuse themselves from “Trump-related” cases because of their partisan positions — and yes, Notorious RBG is openly partisan and anti-Trump — it was a major national story. In this case, I suspect we’re going to hear a lot about a general “coarsening” of discourse.

Whatever the case, this is an unprecedented attack on Supreme Court justices. And by unprecedented, I mean that you won’t be able to unearth an instance in modern history of a member of Congress threatening a justice — by name, no less — for ruling against his wishes. Which is why, I imagine, Chief Justice John Roberts felt the need to release this statement:

“Justices know that criticism comes with the territory, but threatening statements of this sort from the highest levels of government are not only inappropriate, they are dangerous. All members of the court will continue to do their job, without fear or favor, from whatever quarter.”

Sometimes, in highly charged debates over public policy, the moment gets the better of a person. It’s happened to all of us. Yet, rather than walking back his statement, Schumer compounded the ugly behavior by smearing the chief justice as a partisan ideologue.

A spokesman said: “For Justice Roberts to follow the right wing’s deliberate misinterpretation of what Sen. Schumer said, while remaining silent when President Trump attacked Justices Sotomayor and Ginsburg last week, shows Justice Roberts does not just call balls and strikes.” The senator meant only that there would be a “political price Republicans will pay for putting them on the court,” the statement added.

First of all, is Schumer really ­arguing that being critical of justices is tantamount to threatening them? If that’s the case, why, during President Barack Obama’s State of the Union address in 2010, did Schumer stand and clap for ­Obama’s norm-breaking attack on the Supreme Court justices who had upheld the First Amendment in Citizens United? It seems clear that Obama was attempting to manipulate the court, as well, but at least he had the decency not to sound like some wannabe Mafioso.

By accusing Roberts of misrepresenting his comments for partisan reasons, Schumer (via his spokesman) is obviously trying to influence the chief justice, as well. But he’s lying. Schumer’s initial statement specifically and unequivocally named two justices — one of whom he and his colleagues had already attempted to humiliate and defame. He was not calling out the Republicans who put Gorsuch and Kavanaugh on the court.

Schumer doesn’t have the power to follow through on any threats, thankfully. His attack, like many less obvious ones, is just part of the left’s concerted effort to delegitimize the court, denigrate its justices and undermine the legality of its decisions. This isn’t surprising; the Constitution — and the jurists who are inclined to uphold it — are the biggest impediments to the progressive agenda. So expect a lot more of this.