TWO were hospitalized following a bee attack in Scottsdale, Arizona that required emergency services to be called.

Aerial footage from ABC15 in Arizona shows a crew of firefighters foaming the swarm of bees, after individuals were attacked by the insects outside a shopping center. 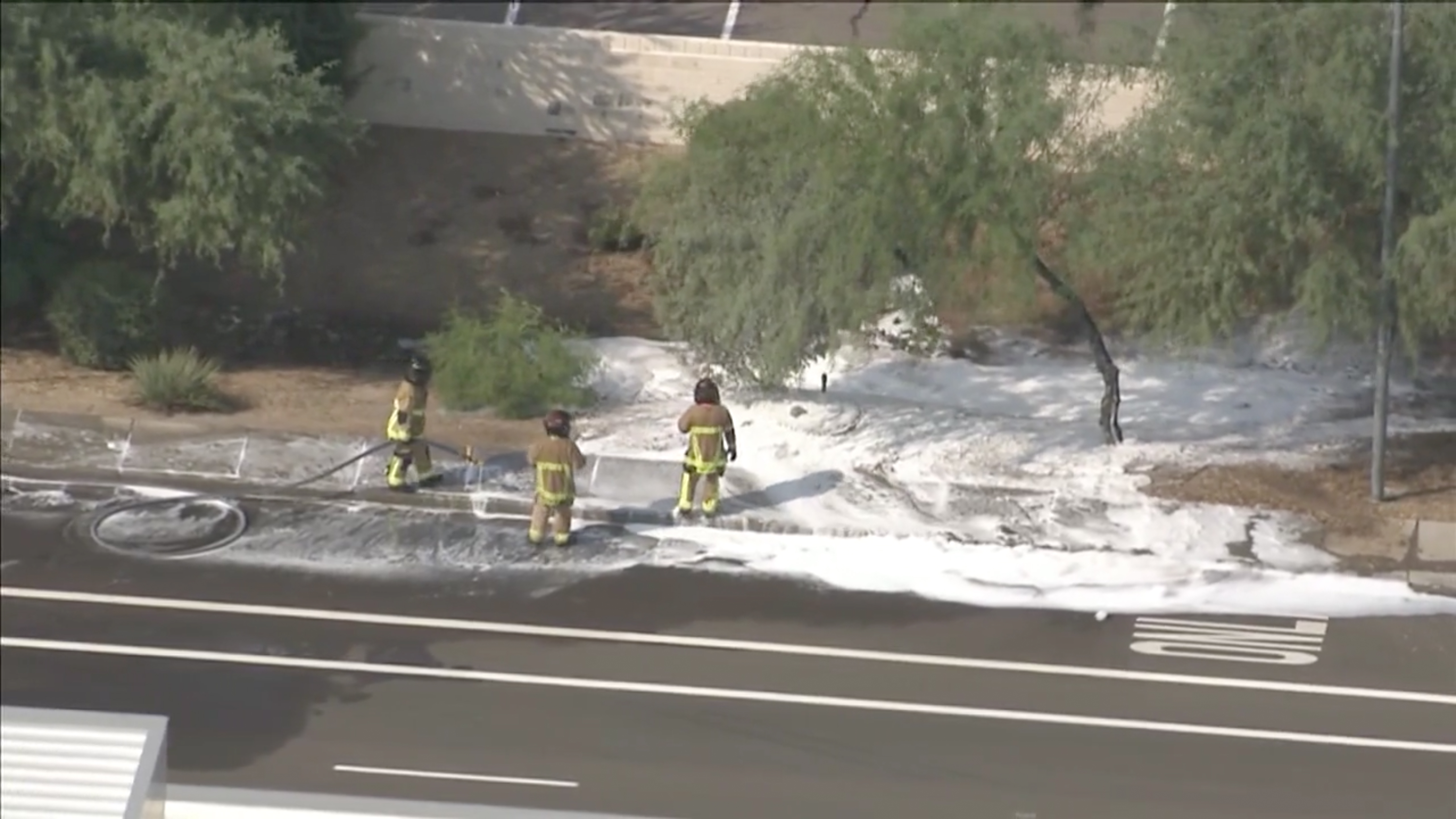 The condition of the two hospitalized is still unknown.

The hives were sprayed with foam to calm the bees down, though authorities have not reported if the insects were provoked, or if the behavior was an aspect of typical swarming activity.

It’s not the first bee-related casualty in Arizona this year.

A man was killed and five others were stung "hundreds of times" after they were attacked by dozens of bees in Marana County, Arizona in August.

It's reported that they were injured after disturbing a 100lb beehive, and afterward, local apiarists had to deploy and relocate the hive.

Later that month, in Texas, 70-year-old Thomas Hicks was killed in an attack by a swarm of around 60,000 “very aggressive” bees as he mowed his lawn.

Researchers at the Carl Hayden Bee Research Center said that bees can become “highly defensive” as they try to protect their hive.

If you spot a beehive, you should always stay at least 100 feet away, experts at the Carl Hayden Center advised.

R. Kelly, 54, Will Likely Spend The Rest Of His Life In Prison After Conviction, Lawyer Says