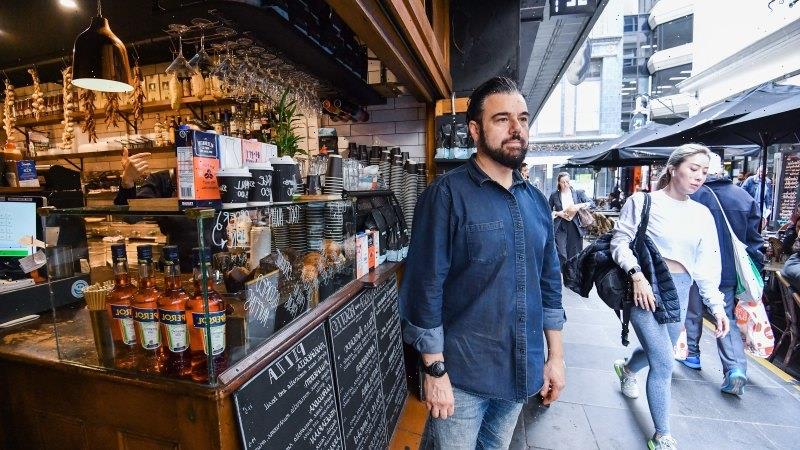 Melbourne’s second safe-injecting room on Flinders Street is likely to be modelled on Sydney’s smaller, discreet facility and, along with measures to win over local traders, will include community health services. 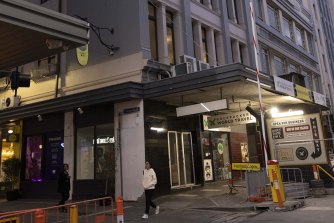 “We are all concerned for the people shooting up and dying on our city streets. Combating addiction is incredibly complex but reducing drug use on our streets would benefit local residents, businesses and visitors to our city,” Cr Capp said on Wednesday.

The Age this week revealed the second service is likely to be located at the former Yooralla building at 244-248 Flinders Street, close to the corner of Elizabeth Street.

Ambulance Victoria data shows there has been an average of almost one heroin-related overdose a week in the vicinity of just four CBD intersections since 2015.

About a quarter of all overdoses in the CBD took place within 250 metres of the intersection of Flinders and Elizabeth streets, where Ambulance Victoria responded to 90 overdoses between 2015 and June 2020 (the data does not indicate how many overdoses were fatal). 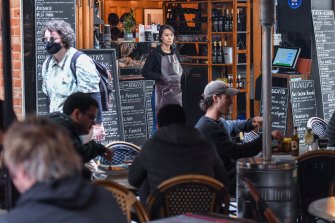 Melbourne’s second safe-injecting room could be located near the entrance to busy Degraves Street.Credit:Joe Armao

Ambulance call-outs for heroin overdoses in the CBD increased by 70 per cent in the five years to June 2020, according to figures provided by the state government.

The government is already examining what could be done to improve Degraves Street, including safety and lighting measures, in an attempt to placate local traders.

“[The CBD facility] will be discreet,” they said. “This is a service where the injecting component within it is less than 10 per cent of the floor space.” 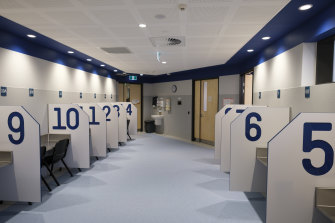 The North Richmond centre, nestled between Richmond West Primary School and a public housing estate, has attracted passionate protests from school parents and neighbours. In separate incidents in March, a man’s body was found near the grounds of the school and another man allegedly entered the site with a knife.

But it has also been credited with being a public health success story. In the first 18 months of the trial, 300 people were screened for hepatitis C and some were treated after testing positive. Staff made about 13,000 referrals to services such as the Fitzroy Legal Service in the same period.

An independent review panel last year recommended a second injecting room be established in the City of Melbourne, to take the pressure off the existing injecting room.

Mr Lay briefed the council about the new injecting room on Tuesday.

The new Flinders Street service is expected to be a dedicated community health service with a small injecting facility inside. It would offer drug and alcohol services, allied health services for the broader community and homelessness outreach services.

In Degraves Street, Cafe Andiamo owner David Perrotta, who has run his business for nearly 16 years, questioned the need for a specialised injecting service in the centre of the city.

“The CBD, it’s Melbourne,” he said. “You don’t want anything to detract people from coming in. We’ve just gone through a year of hell, and now they’re thinking of putting an injecting room smack in the centre of the CBD. 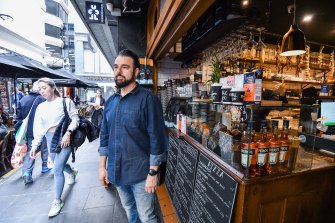 Yarra Drug and Health Forum chairman Peter Wearne said the North Richmond safe-injecting room had been successful because it was near the local drug market.

“It [the area] is not a honeypot because of the injecting room,” he said.

“People don’t buy their heroin in Broadmeadows and jump on a train and go to North Melbourne. The amount of time between people buying heroin and injecting it is about 10 minutes.”

Health Minister Martin Foley, who has not confirmed the precise location for the new facility, said the area around Flinders Street was “the hottest spot” for overdoses and deaths.

“We’ve seen deaths in that precinct in recent weeks. We see about one a week of unnecessary, tragic deaths through overdose on the streets of Melbourne,” he said.

“Every piece of evidence that Victoria has, that NSW has, that is available globally, says the best, effective way to deal with harm reduction and keep people alive and engage them with services is to place the service in the area where the harm is greatest.”

Tune in for our live blog from 11am