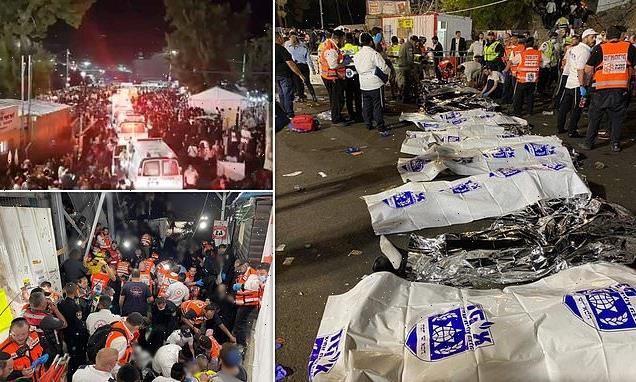 ‘Several people are feared dead and dozens more injured’ as a stand holding hundreds of worshippers collapsed during a celebration of the Jewish festival Lag B’Omer in northern Israel.

Multiple casualties and fatalities have been reported after a metal platform collapsed in Meron, according to Jewish media outlet Belaaz.

Israeli Prime Minister Benjamin Netanyahu reportedly said in a statement: ‘A serious disaster on Mount Meron. We all pray for the healing of the injured.

‘I strengthen the rescue services operating in the area.’ 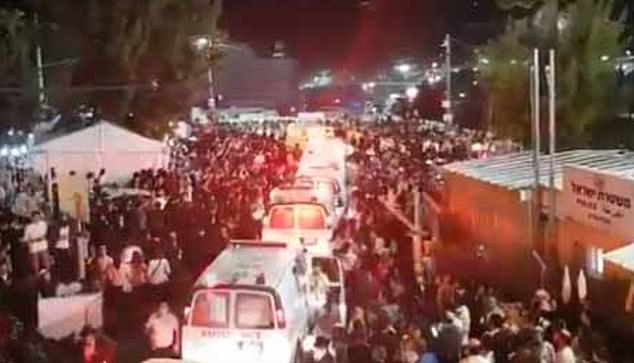 Multiple casualties and fatalities have been reported after a metal platform collapsed in Meron, northern Israel, according to Jewish media outlet Belaaz

The annual pilgrimage for the feast of Lag B’Omer is staged in the town around the reputed tomb of Rabbi Shimon Bar Yochai, a second century Talmudic sage.

Authorities had authorised 10,000 people to gather at the site of the tomb but organisers said more than 650 busses had been chartered from across the country, bringing 30,000 pilgrims to Meron.

Around 5,000 police were deployed to secure the event, with the police urging pilgrims to avoid incidents during the feast when bonfires are lit.

Israel’s emergency medical service, the Magen David Adom, said it treated 85 people in Meron, some with light burns and others who had fainted.

Last year, the event was called off due to restrictions to curb the spread of Covid-19.

Heather Thomson: I Was ‘Assaulted’ on ‘RHONY’ Season 13 by the 'Queen Bee'