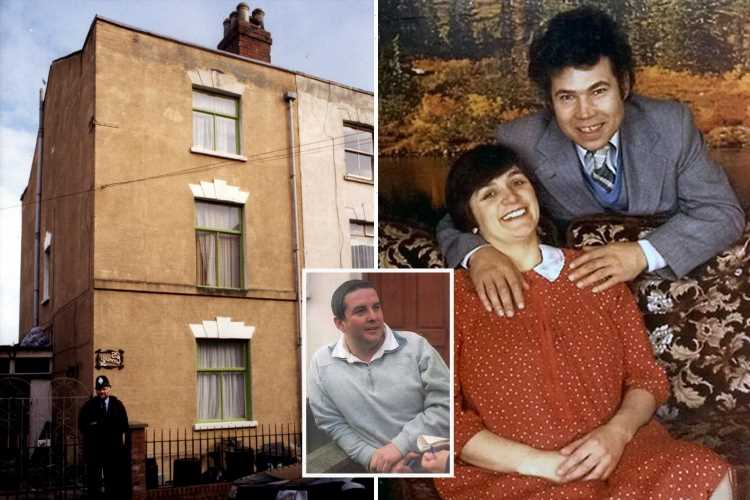 Shaun Boyle’s then partner lived at 25 Cromwell Road, in Gloucester, where the bodies of nine victims were found in 1994, and says he was disgusted by the proposition. 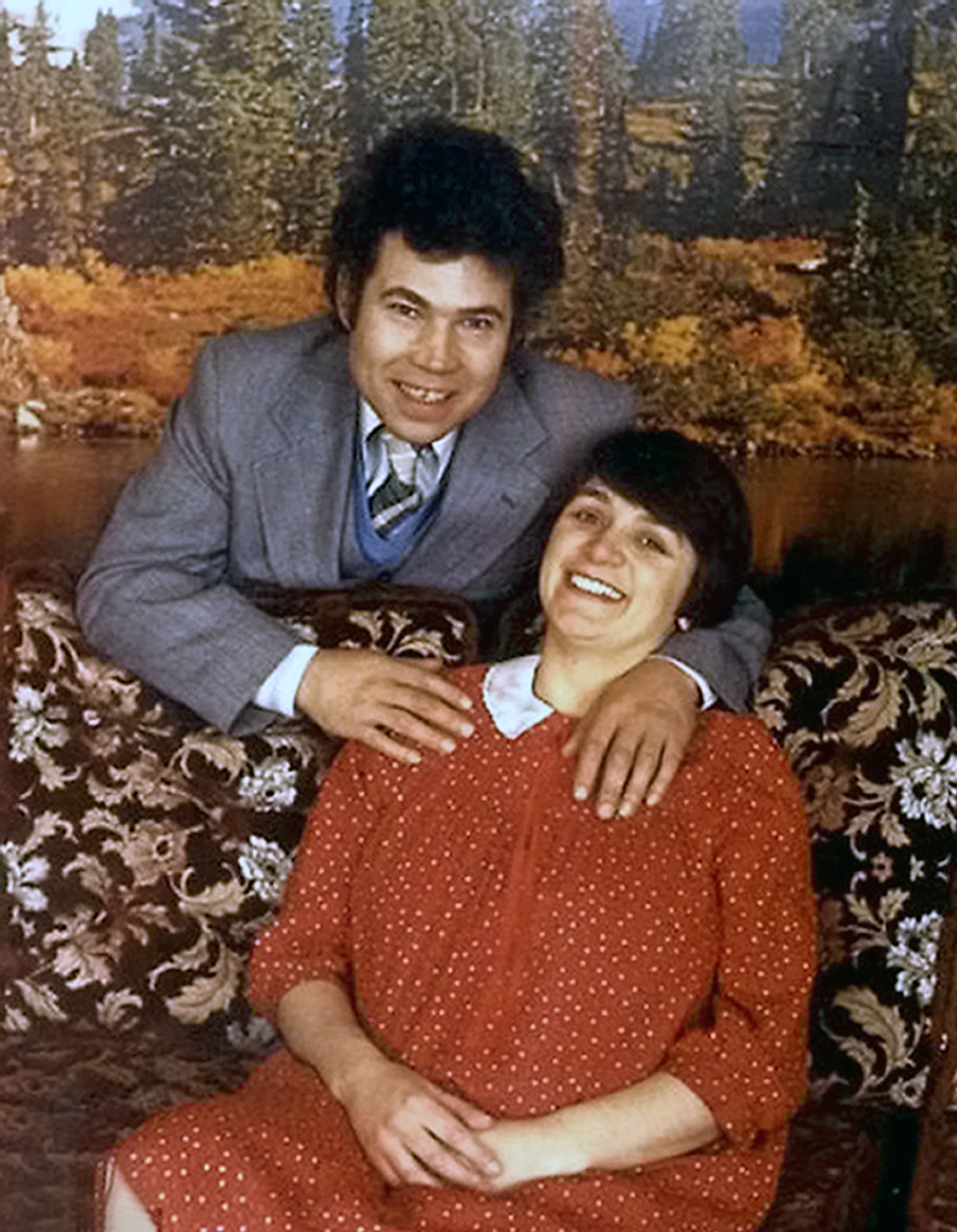 Speaking in the Channel 5 documentary, Fred and Rose West: The Search For The Victims, which airs tonight, he says: “They were weird. Sex obsessed.

“I was told that Fred had all the video equipment and used to make films in the front room. Send the kids to bed and then film them.

“Rose wanted to do a scene with two blokes and she asked me to come along and do that. I said ‘no I’m not interested’.

The depraved couple – who raped and murdered at least 12 girls between 1967 and 1987 – had a seedy sex life which saw Rose entertaining men in her ‘special room’, while Fred often hid in the wardrobe filming.

The documentary shows disturbing snippets of the films, where Rose tells an unidentified man “I’ve got the advantage on you. I’m already undressed.”

Her face, apparently in the throes of ecstasy, is then filmed as they have sex. 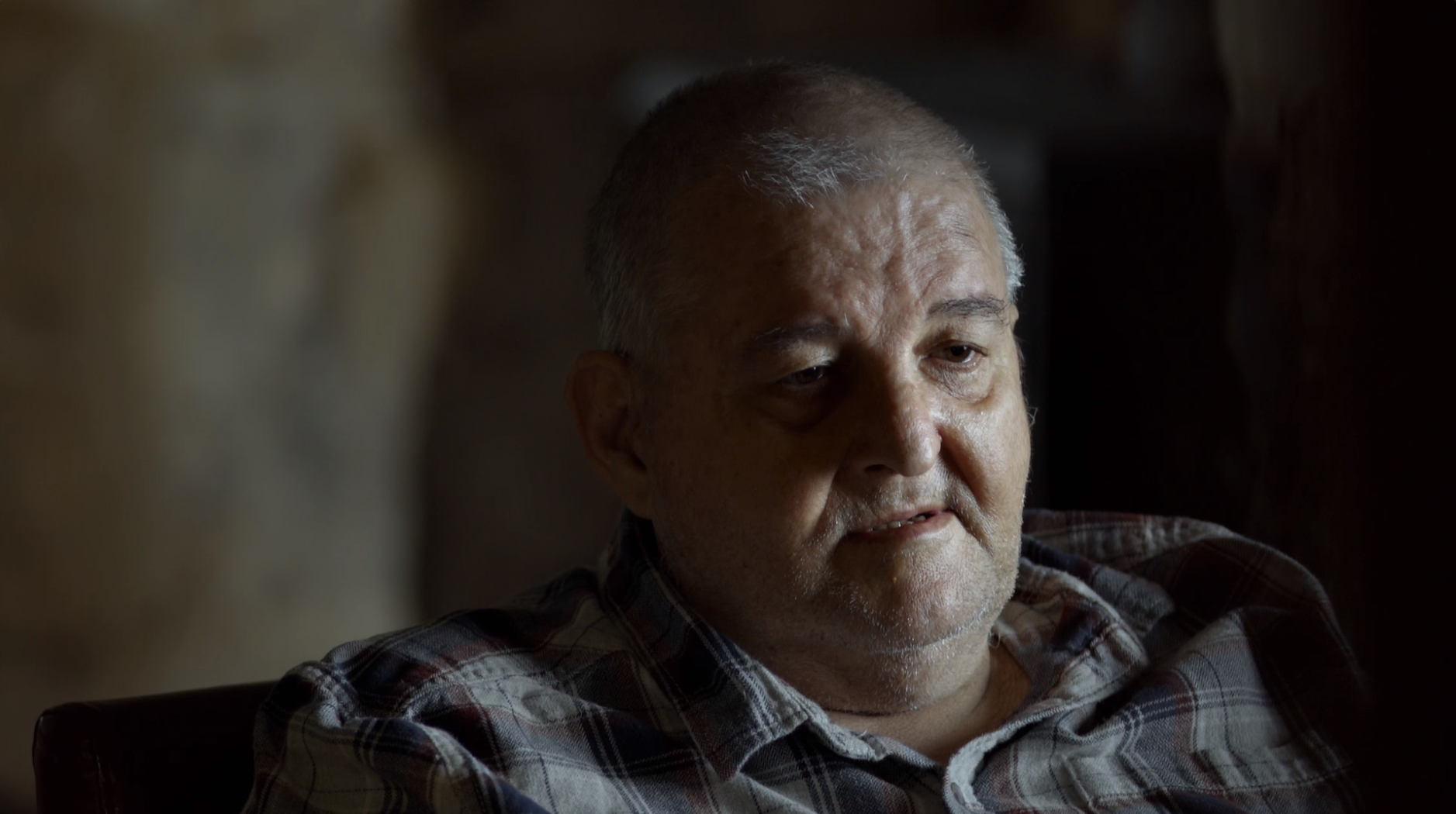 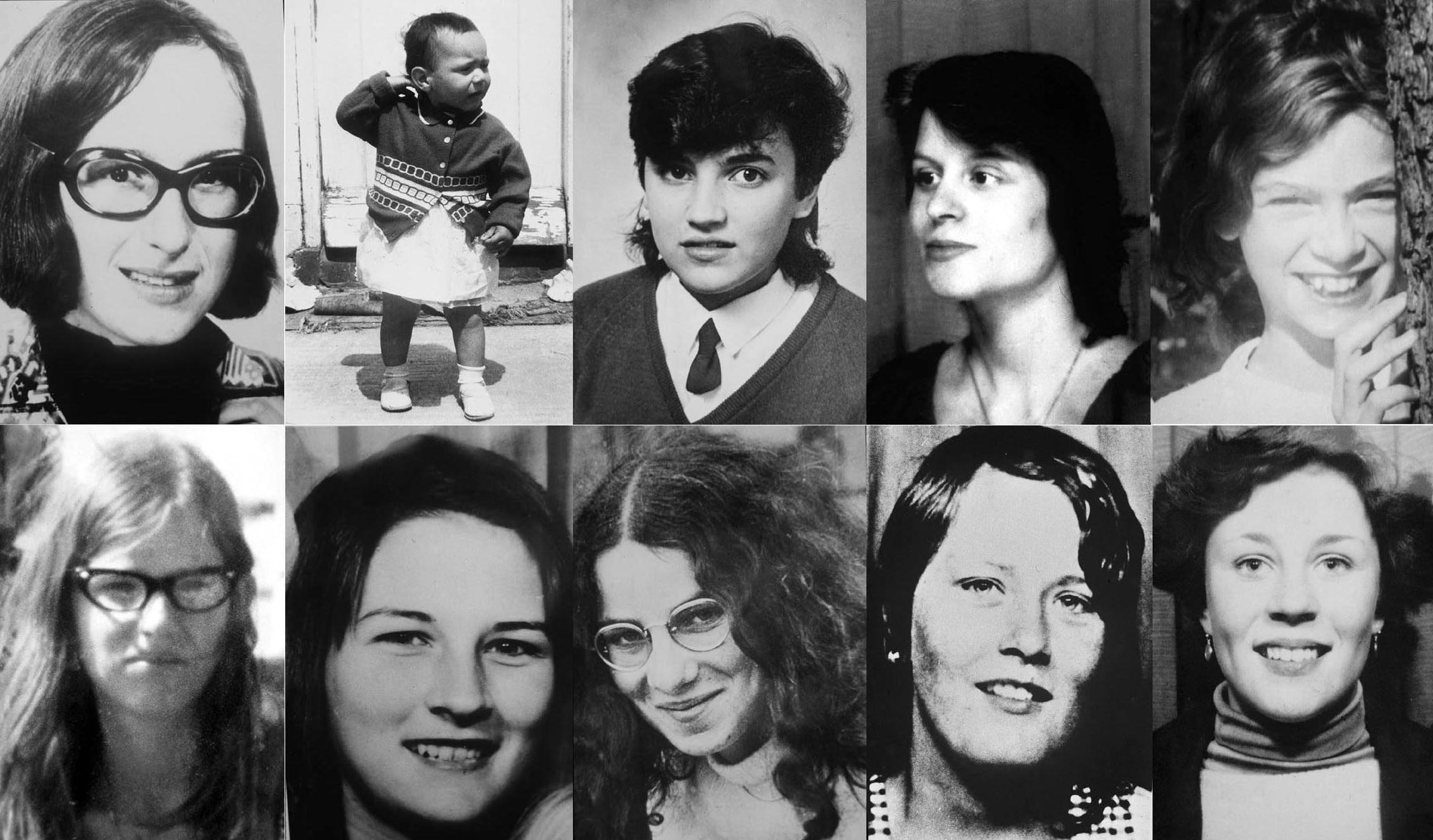 Sex with clients as relatives sat in living room

Rose’s former brother-in-law Jim Tyler recalled chatting to Fred in the living room while Rose had sex with another man in a next door room.

“We were there one evening and the doorbell rang, Fred just looked at her and Rose got up to answer the door,” he says.

“The room just beside the front door was described as Rose’s room and nobody, but nobody, goes in there. Not the kids, not anyone else.

“About half an hour later she came back in and sat down and the conversation continued as if nothing had happened.

“My wife and I concluded that was her room for business and he’d got her on the game.”

In a sick twist one of Rose’s ‘clients’ was her own father Bill, who had raped her from a young age and carried on having sex with her as an adult and may even have fathered one or more of her eight children. 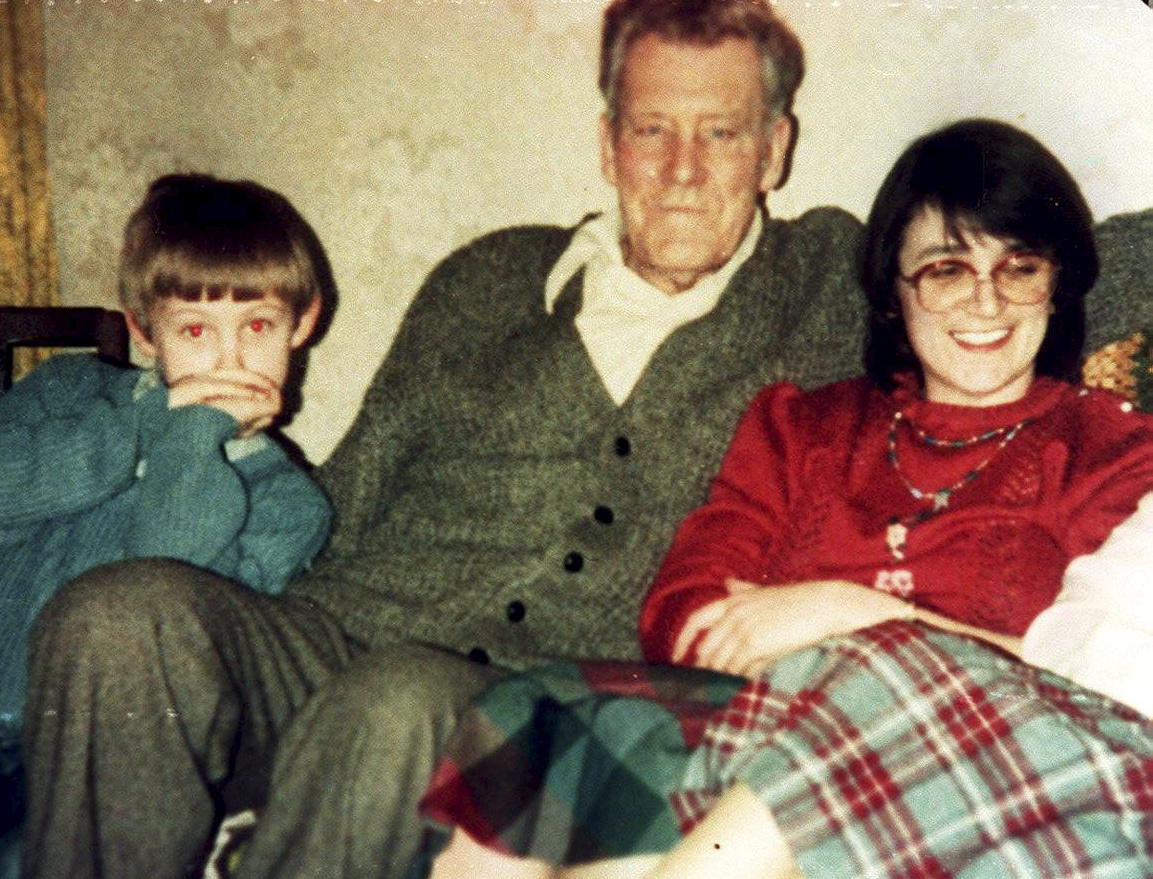 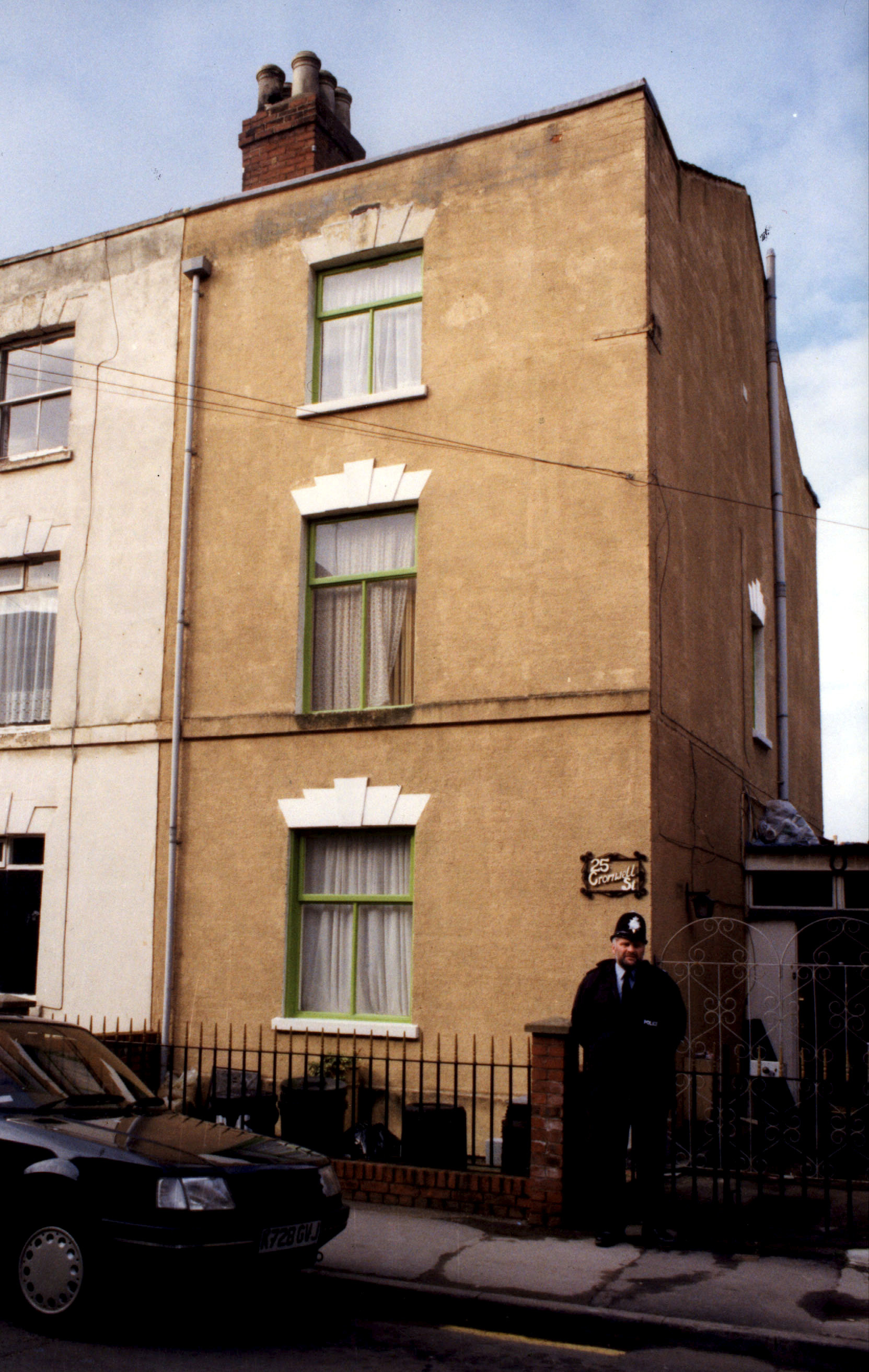 In chilling tapes played on the documentary, Fred tells police: “Her father was making love to her. He was never sexually abusing her – my f***ing ass. She was more willing than he was.

"I caught him at least half a dozen times.”

But, despite their seedy obsession with sex, nobody suspected the Wests were abusing their own children until after their arrest over the disappearance of daughter Heather – murdered in 1987.

“I heard stuff later on,” says Shaun. “One member of the family told me it [rape] was happening and it had happened since she was seven years old. It was unbelievably disgusting.” 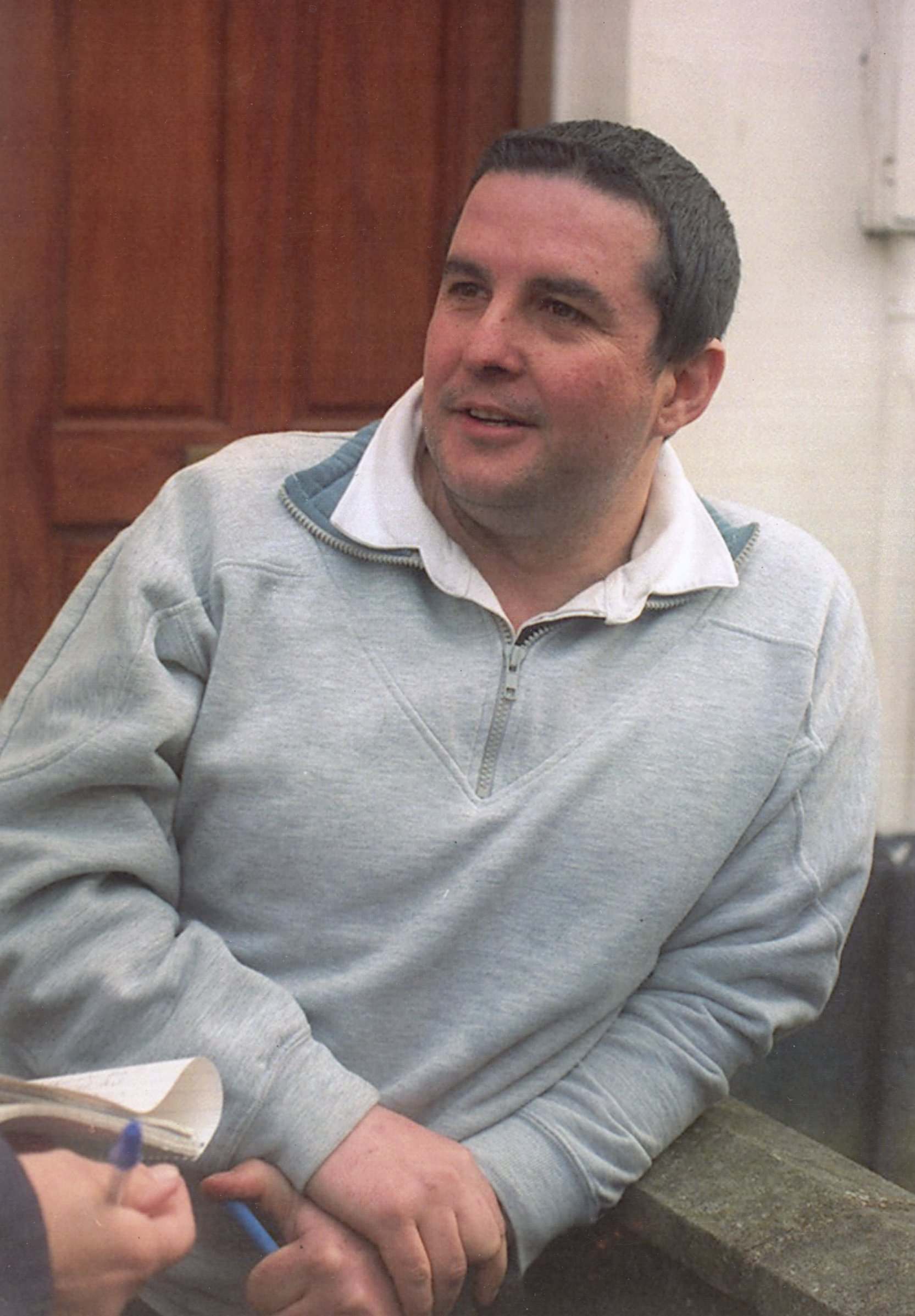 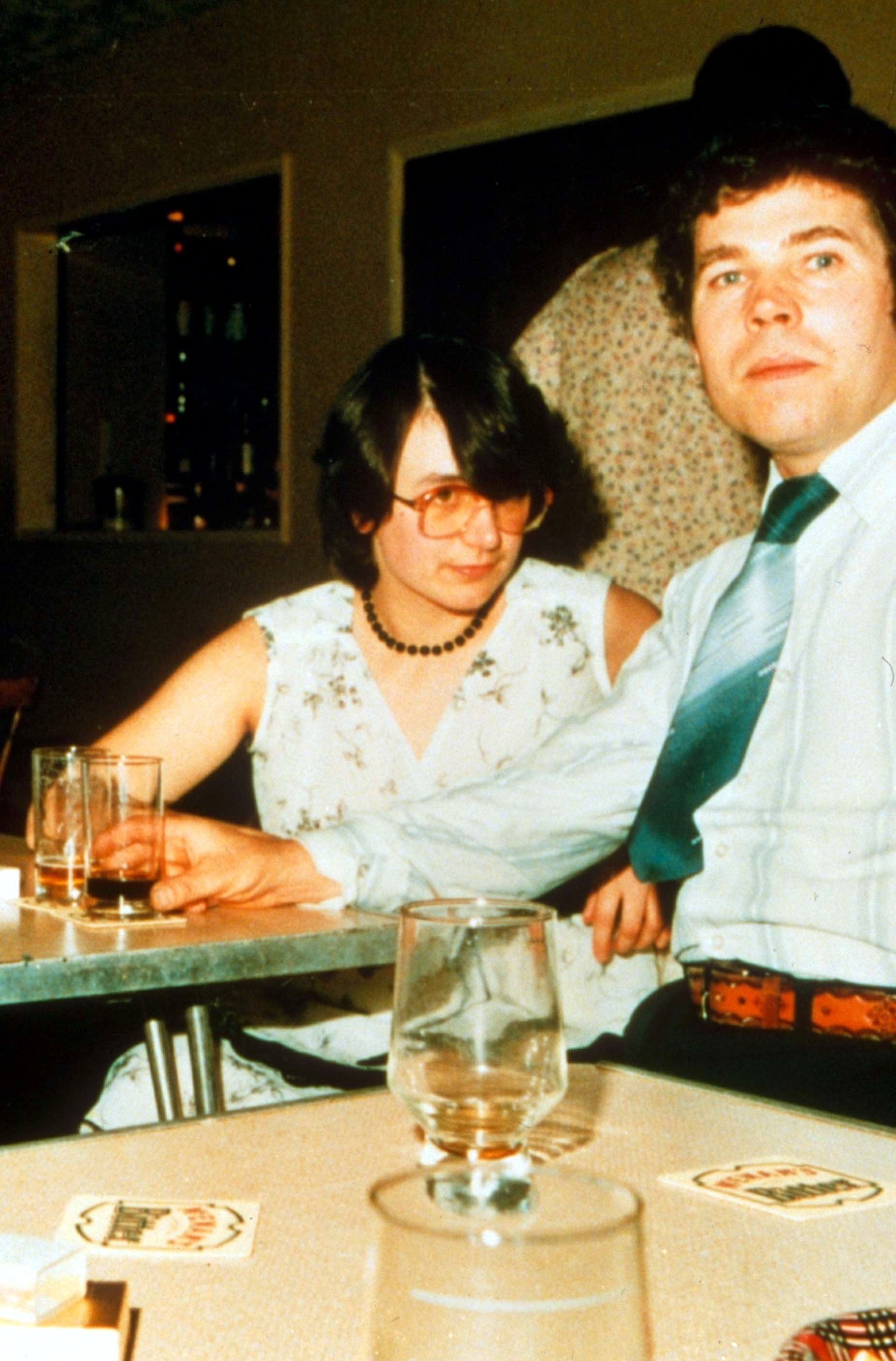 Former lodger Jayne Hamer, who was 16 when she lived at the house, also recalls hearing the West’s daughter Heather being repeatedly raped in the cellar.

“I was up in my room one night and I could hear a child screaming “stop it Daddy.” I thought maybe she had been naughty and was being chastised,” she says.

She added that she didn’t tell anyone at the time because she thought “no one would believe me.”

“I was 16 and had run away from home,” she adds. “So I made the decision to leave and maybe that’s what saved me. I was scared because what else could they do? Years later I found out.” 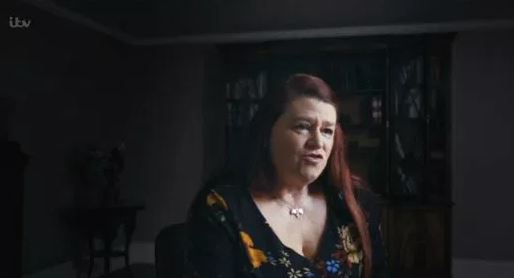 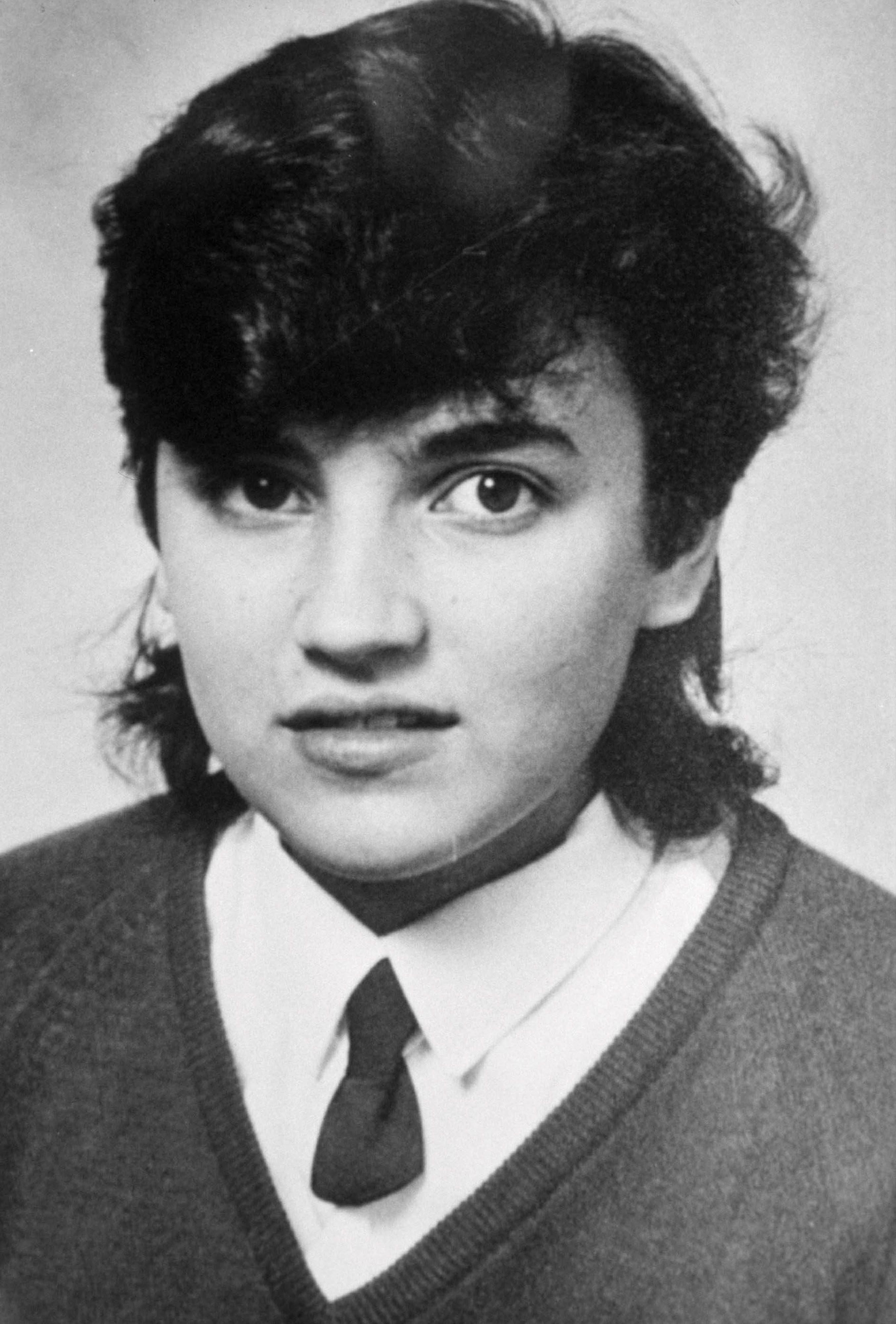 At eight, Fred's daughter Anne Marie was taken to the cellar, forced to strip by Rose and then raped by her father.

She grew up being sexually abused by both her parents and her sister Mae was raped from the age of five.

She also murdered Fred's eight-year-old stepdaughter, Charmaine, while he was in prison for a petty crime in 1971.

Her remains were later found under the kitchen floor at the couple's previous address in Midland Road.Fred, who had already murdered mistress Anna McFall,then murdered Charmaine's mother, Rena West, when she came to collect her daughter.

Not satisfied with abusing their own kids, the couple picked up Caroline Owens, in 1972, drugged her, tied her up and subjected her to a prolonged sexual attack before she escaped.

Incredibly, the pair were convicted of sexual assault and were fined just £50.

Over the next few years, the pair murdered eight more vulnerable girls, often cruising around with babies in the car to offer them a job as a nanny.

Their final victim was daughter Heather, beaten and strangled at 16 in front of brother Barry, and buried under a fresh patio built in the garden. 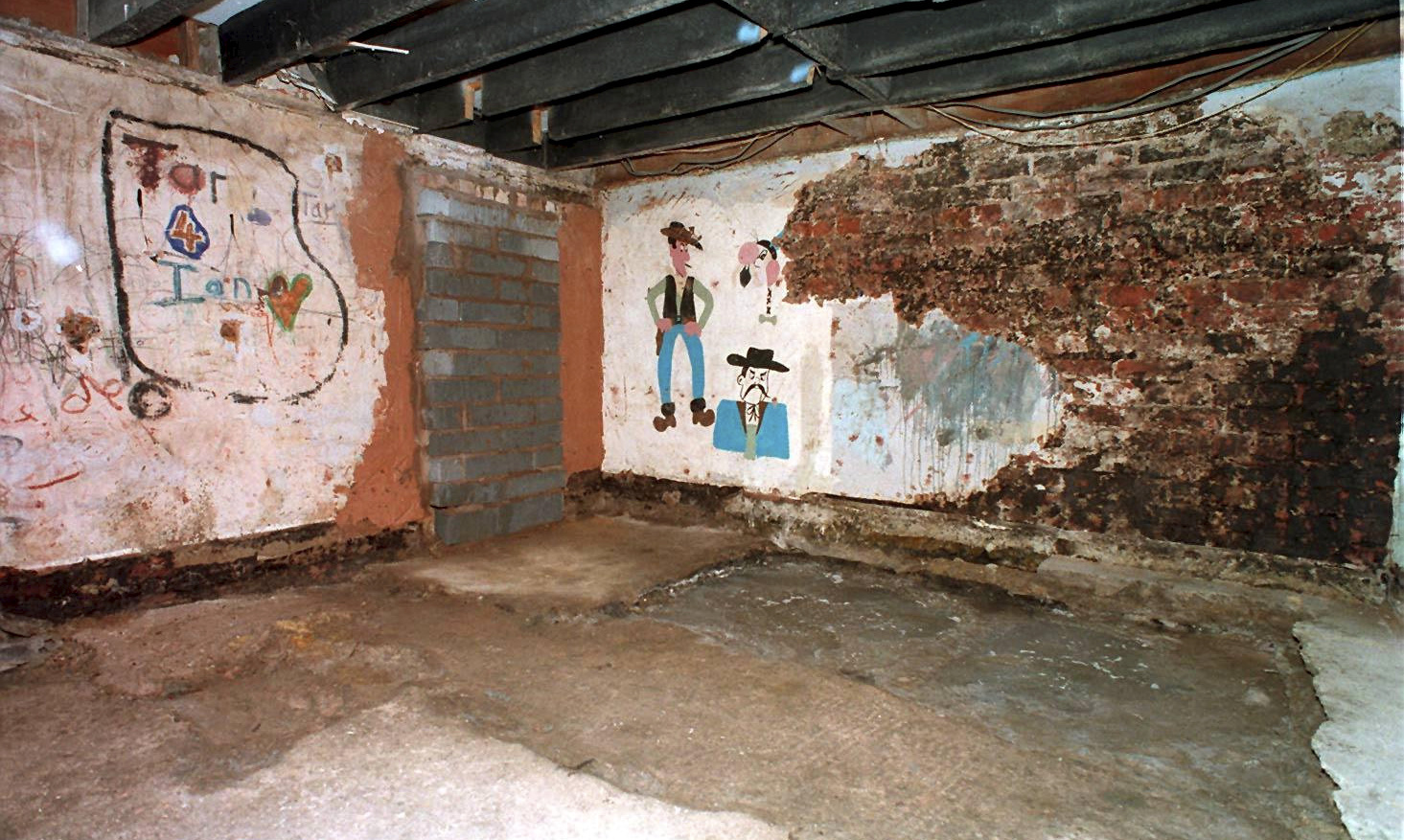 The nanny of Fred and his first wife Rena West’s children, McFall was believed to have been murdered in 1967.

She was pregnant when she died, with West believed to have been the father. Her body was found in June 1994 in a shallow grave.

Fred West’s stepdaughter from his previous marriage, murdered at eight by Rose in 1971.

Rena is believed to have been murdered by strangulation. Rose was not charged for this murder.

Lynda Gough was the first sexually motivated killing conducted by the Wests, after she moved into Cromwell Street in April 1973. Strangulation and suffocation were the likely causes of death.

On the night of November 9, she was allowed to spend the night at her grandmother’s house before a doctor’s appointment the next morning.

She attended the appointment and then met her boyfriend, before somehow ending up on Cromwell Street.

A 21-year-old medieval English student at Exeter University, she returned home for Christmas in December 1973.

She left a friend’s house in a rush to get the last bus from Cheltenham to Gretton on 27 December, with it believed she was abducted from this bus stop. Her dismembered body was buried in the cellar of Cromwell Street.

She had planned to hitch-hike to Ireland in Easter 1974. Her family reported her missing having not heard from her for some time.

Prosecution believe she was abducted before being killed, with Fred West later building a fake chimney over her grave.

Just 15 at the time of her death, Hubbard is believed to have been abducted by the Wests.

Her body was found following an excavation in the concrete and plastic membrane of the cellar floor.

In the summer of 1974, Mott moved into 25 Cromwell Street but later went missing when she was living in Newent.

Her body was found in March 1994, 19 years later, with West having concreted over the floor of the cellar.

The first victim buried outside the house, Robinson had an affair with Fred West, and by autumn 1977, she was pregnant with West’s child.

It was initially claimed she had moved to Scotland but her body was later found.

The last murder with a sexual motive established. She disappeared just before her 17th birthday, having been seen at 25 Cromwell Street throughout the summer. Her body was buried underneath the patio.

Sexually abused by her parents, she suddenly went missing in 1987, with Rosemary claiming she had gone to Wales to be with a lesbian partner.

The couple would joke to their other children that they would “end up under the patio like Heather” if they misbehaved. This, and their changing stories, led to the search warrants for the property and latertheir arrests.

Disappeared in 1968 from a bus stop in Gloucester, at the age of 15. Mary's remains have never been found.

The monstrous pair would even tell their other children to behave or they’d “end up under the patio like Heather.”

The couple were arrested in 1992 after 13-year-old daughter Louise told police she had been raped by her father.

Charges were dropped but police, suspicious about Heather's disappearance, arrested Fred in 1994 and searched the house at Cromwell Road, uncovering the remains of mutilated female bodies in the garden and cellar.

In 1995, Rose was convicted of 10 murders, while Fred, who admitted 12 murders, hanged himself while on remand.

He had confessed to killing up to 30 victims and the documentary also follows last month's attempt to find the remains of teenager Mary Bastholm, who disappeared from a Gloucester bus stop in 1968.

An eight day dig at the former Pop-In cafe, where Mary worked, found no human remains.

Rose's lawyer, Leo Goatley, says he expects more victims to be found in years to come.

"I don't think this is the final piece of the jigsaw.

"One of the wicked and sinister things about the West case is that troubling feeling that there's more that needs to be discovered. It's quite likely that there'll be still developments in, in this case perhaps in 50 years time."

Fred and Rose West: The Search For The Victims airs at 9pm tonight on Channel 5

Ellie Kemper Apologizes for Participating in 'Racist, Sexist and Elitist' Pageant as a Teen