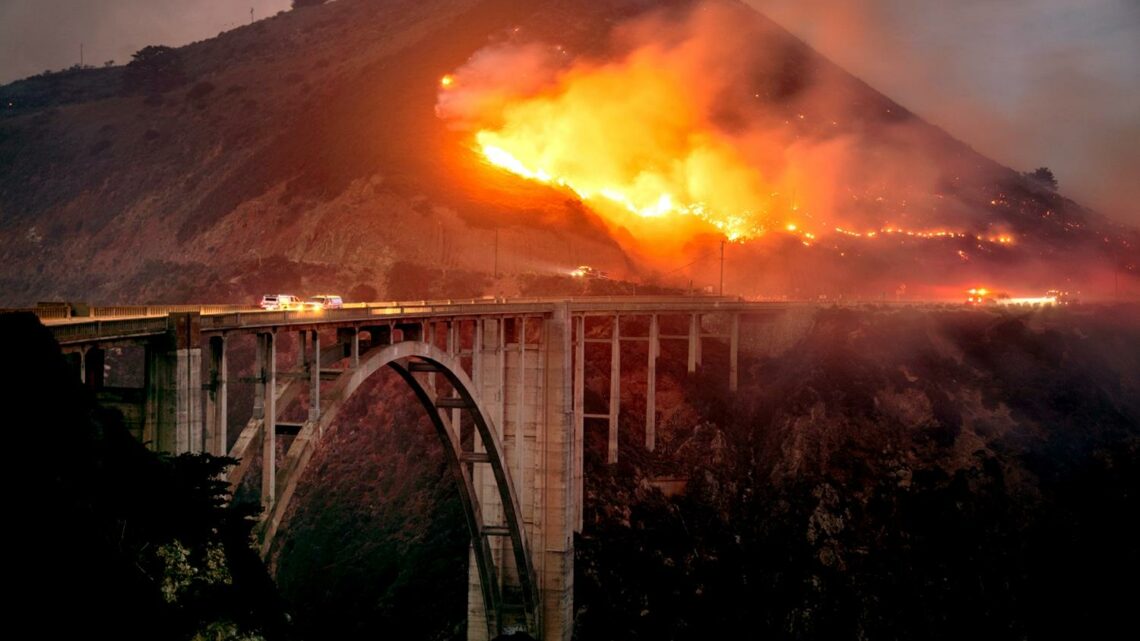 A SHOCKING map lays bare the sheer scale of wildfires ravaging huge swaths of the Big Sur mountains as hundreds of residents flee for their lives.

The blaze, dubbed the Colorado Fire, broke out in Palo Colorado Canyon and was pushed by winds of up to 35mph to the sea, jumping over the Pacific Coast Highway and burning on the west side. 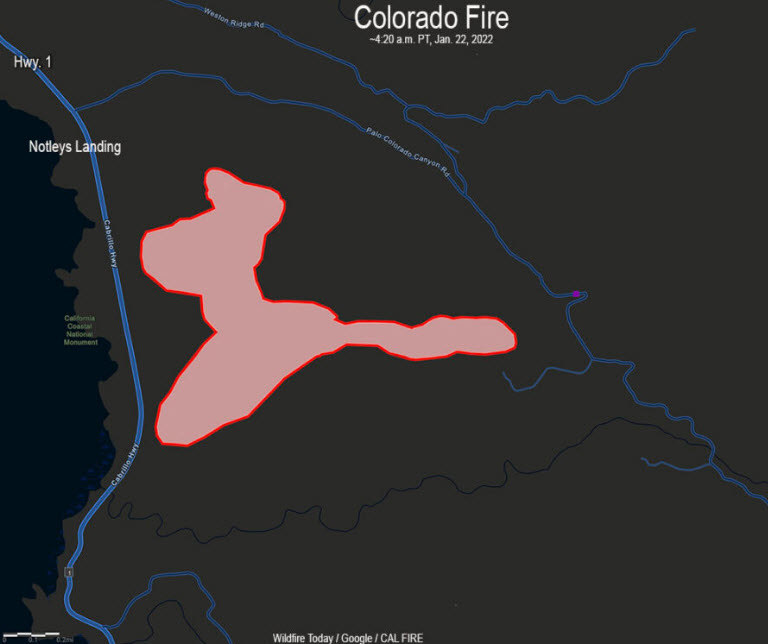 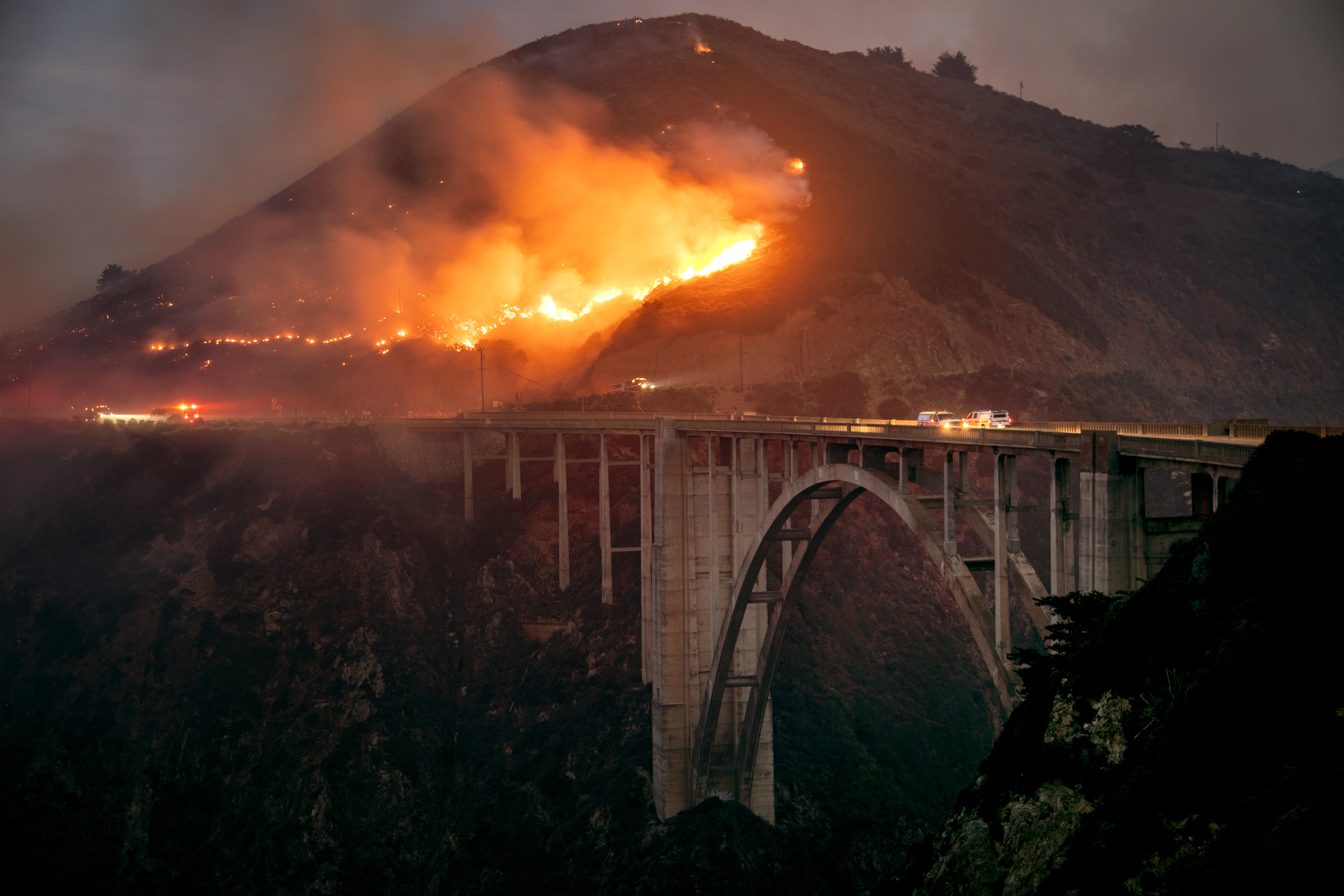 Firefighters were battling a wildfire that broke out in the rugged mountains along Big Sur, forcing hundreds of residents on this precarious stretch of the California coast to evacuate and authorities to shut its main roadway.

The fire started on Friday night in a steep canyon and quickly spread toward the sea, fanned by strong winds up to 50 mph.

Authorities closed a stretch of Highway 1 with no estimated time for reopening.

The two-lane highway along Big Sur is prone to closures due to fire and mudslides from heavy rain that made portions of the roadway collapse last year and in 2017.

Strong winds were recorded across the San Francisco Bay Area overnight, knocking down trees and power lines and causing outages to at least 18,000 Pacific Gas & Electric customers in the region, the utility said.

SCUM BACK TO MINE

There were no immediate reports of injuries.

In Sonoma County, firefighters extinguished a 5-acre fire on Geyser Peak, where gusts above 90 mph were recorded. In the Sierra Nevada, the winds topped 141 mph near the summit of Kirkwood Mountain Resort, shutting several ski lifts.

In Southern California, a peak gust of 90 mph was recorded in the mountains east of Santa Clarita.

Strong winds developed across the region, toppling trees and powerlines.

The National Weather Service said a similar windy event happened in the Bay Area nearly a year ago.

A red flag warning of extreme fire danger was issued then due to the strong winds and much drier conditions.

This time, the region received a reprieve from December storms that dumped heavy snow in the mountains and partially refilled parched reservoirs.

But, Juliette said the winds quickly dried up vegetation weakened by a prolonged drought and lowered humidity level.

It's unusual to have a fire, this size here on the coast at the end of January, she said.

The fact that we had a fire this size is of great concern.

The cause of the fire was under investigation. 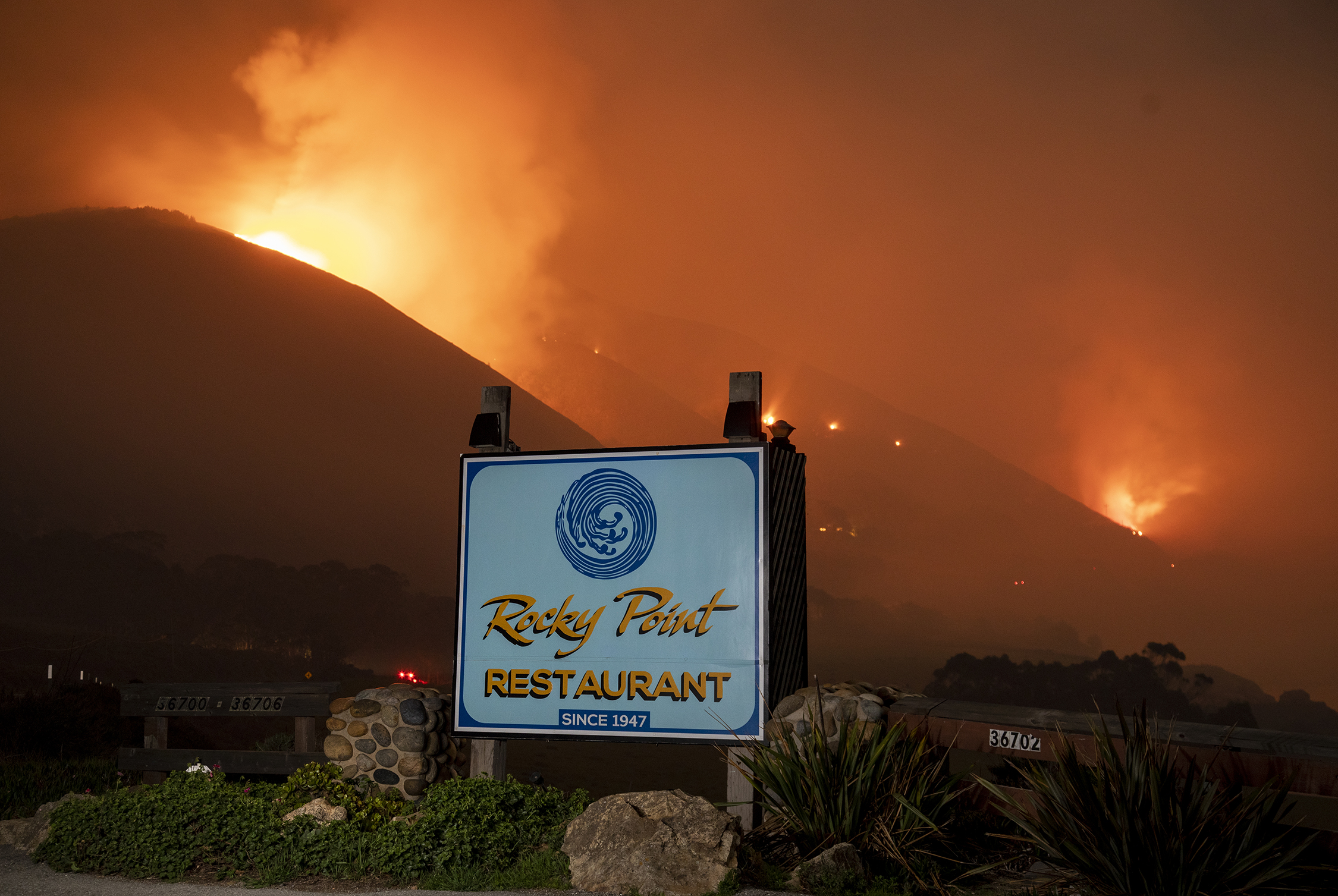 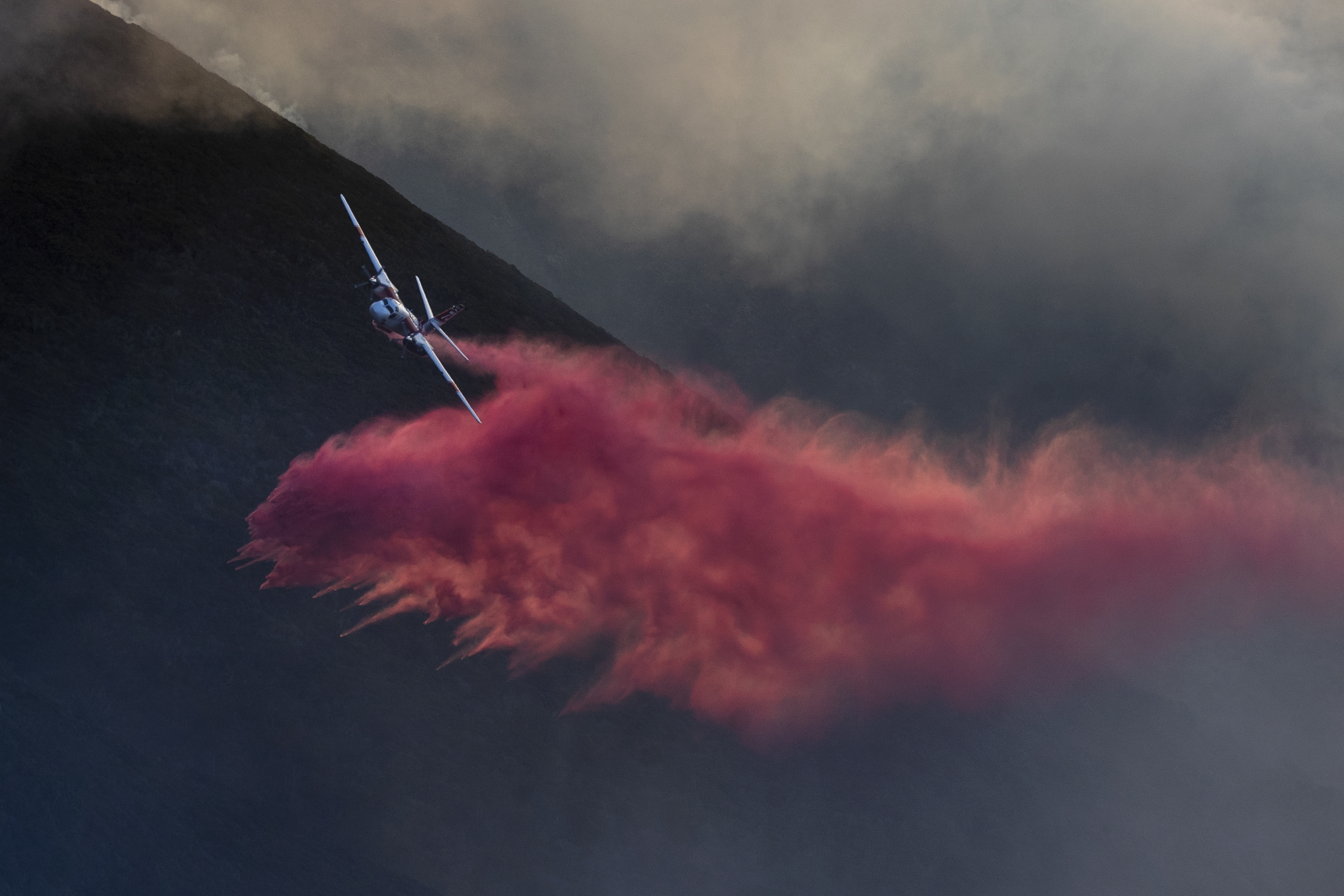