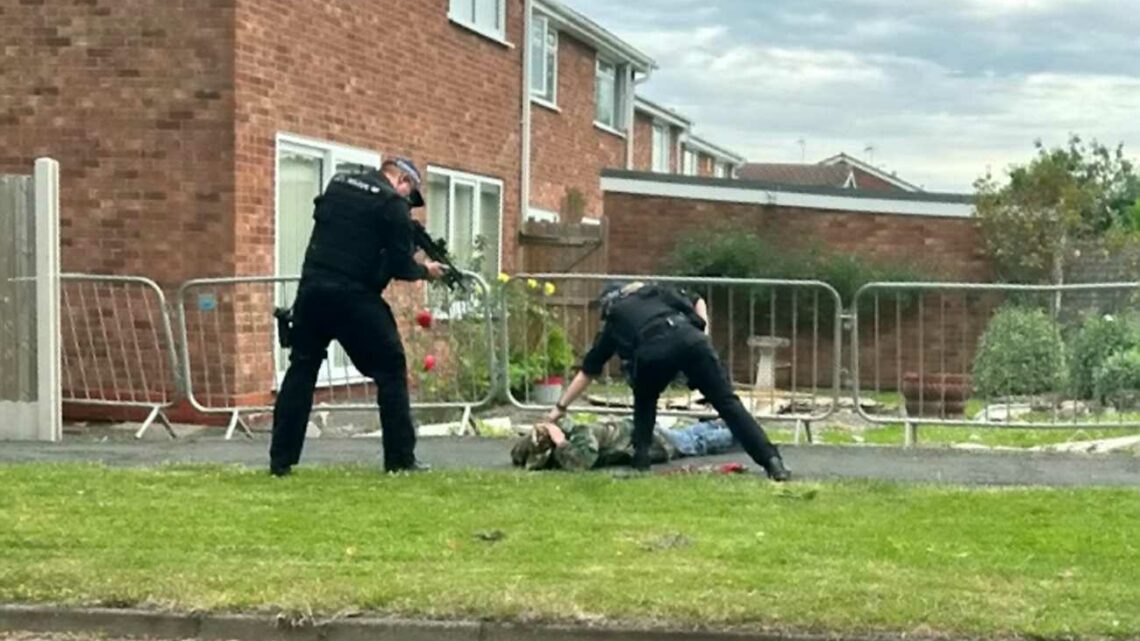 THIS is the shocking moment armed police handcuffed a schoolboy on the street after he was seen playing with a “gun”.

But the operation proved to be a false alarm when it emerged the teen was actually carrying a red plastic toy rifle. 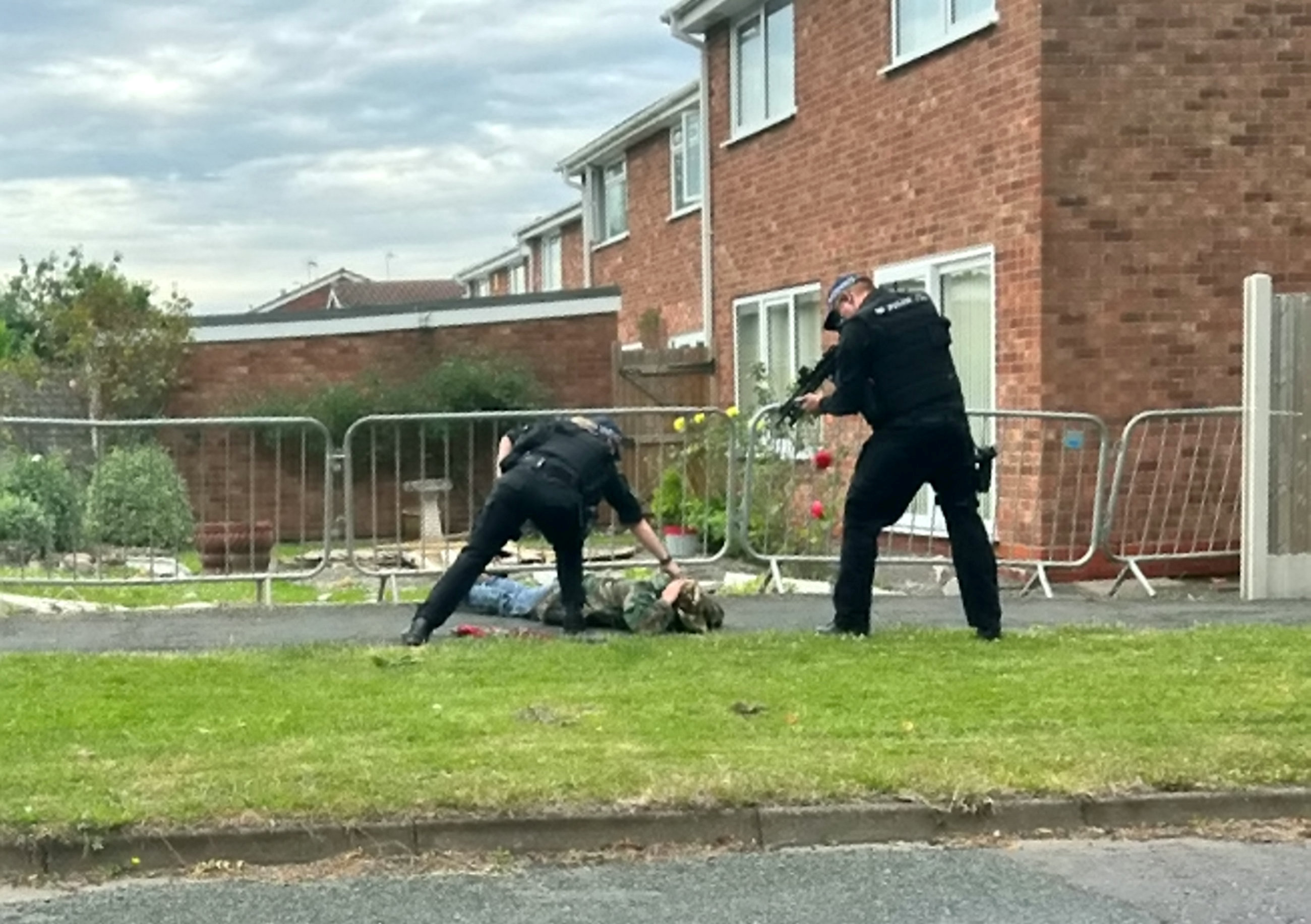 The youngster, who was wearing army-style combats, was bundled to the ground by gun-toting cops on Thursday.

Firearms officers swooped on the lad who was walking home from a friend's house in Droitwich, Worcs., at 6pm.

Eyewitness James Hall, 34, from Worcester, said: "It just happened out of nowhere to be honest with you.

"I was in a car travelling behind the police. The police stopped, jumped out, and obviously pointed their weapons at the individual in question.

"He seemed a bit confused as to what was going on and then sort of laid down on the ground.

"It was a bit hard to tell how old or how young they were because they were sort of I would say wearing a balaclava, they had sunglasses on and they were dressed in sort of camo gear.

"After I drove off, there were numerous police officers still out and about in Droitwich and hats off to police.

"I think the lad must have had a scare but you can't blame people for being worried if they see someone in camo gear waving a gun around."

Following the incident West Mercia Police tweeted: "NO CAUSE FOR CONCERN.

"We want to reassure all residents living in the Primsland Way and Addyes Way area of Droitwich who may have seen armed police in the area that there is nothing to worry about.

"Just before 6pm police were called following sightings of a man dressed in combat gear, wearing a balaclava and carrying gun in the the above roads.

"Armed police attended and apprehended the person who, it turned out, was a youngster dressed up and carrying a toy gun.

"Police returned the youngster home where appropriate advice was given."