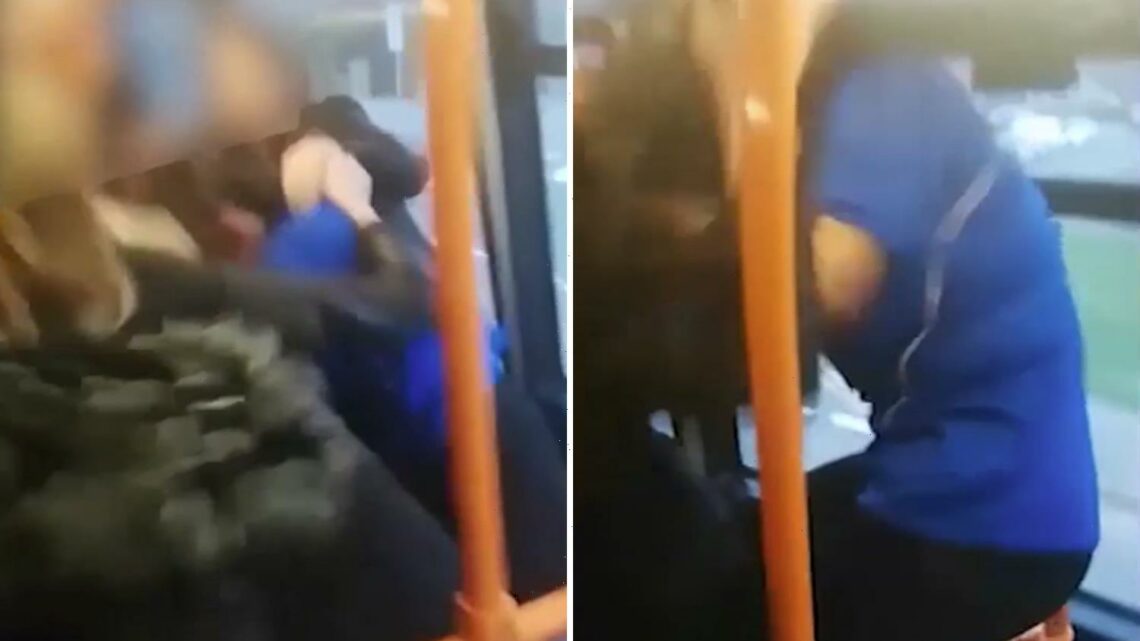 THIS is the shocking moment students yanked each other's hair during a brawl on a school bus.

Children are heard jeering as the brawlers trade blows and pull at each other's hair on a Stagecoach near Canterbury, Kent. 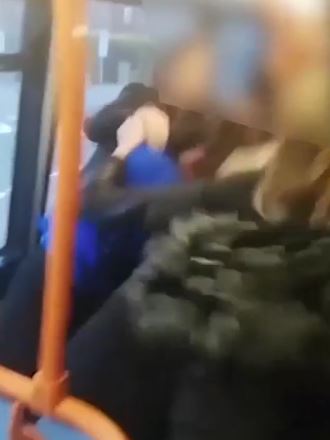 Two girls are seen landing punches and pulling each other's hair as other students try to break the fight up.

A third girl appears to join in the fight as their pals from a secondary school look on.

The girls fight their way along the top-deck of the bus while one hammers at her opponent.

At one point, a youngster wearing a blue shirt dangles precariously on the top-floor railing of the bus.

They carry on grappling across the seats as pandemonium erupts among the onlooking schoolchildren.

Some students are heard laughing in the background while and others shout at the girls to stop fighting.

Spires Academy in Canterbury has launched an investigation into the chaotic scenes.

A spokesman for the academy told Kent Live: "We are aware of an incident on the Stagecoach bus on 09.11.21 involving Spires students. The incident is currently under investigation.

"Once the investigation is concluded, we will take any appropriate action required.’

A Stagecoach spokesman said: "We are aware of an incident involving school pupils that occurred on a bus towards Canterbury on Tuesday afternoon.

"We work very closely with local schools and we are providing them with every assistance to help identify the pupils concerned." 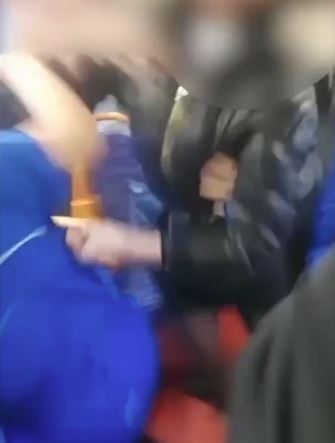 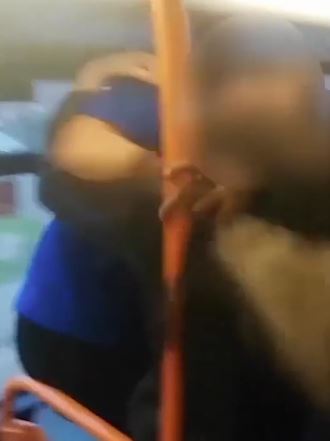 Hollyoaks star praises Harvey Virdi: 'I can't tell you how much I love her'