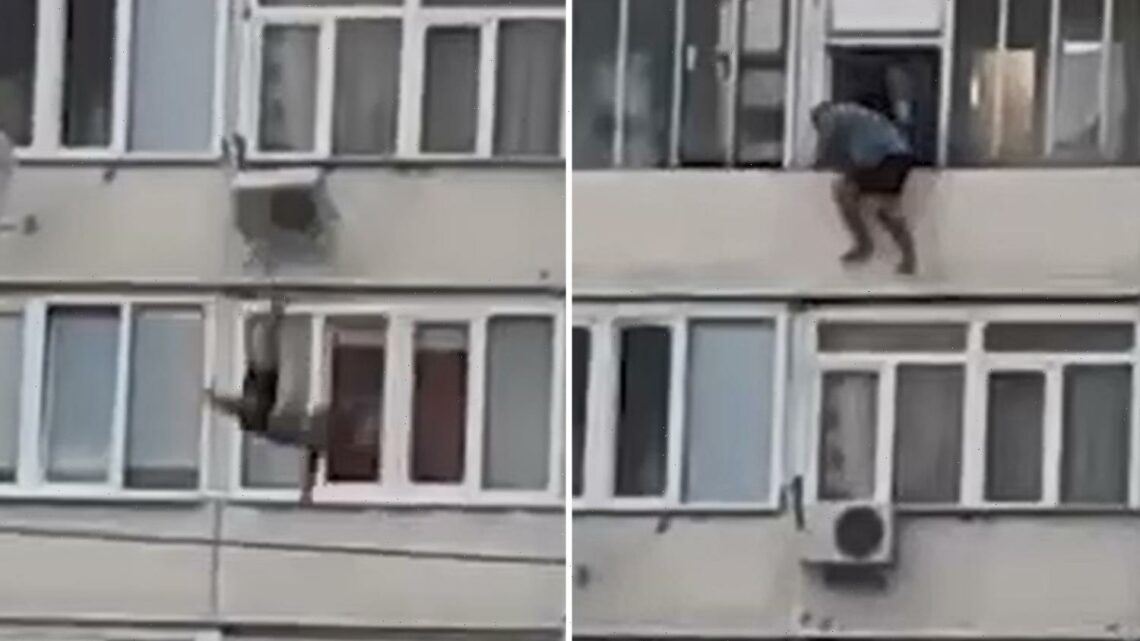 IN SHOCKING footage, a man falls from a 50ft balcony after being allegedly being pushed by a mate in a prank gone wrong.

The clip shows a man, dressed in black shorts clinging onto the outside of the window panel. 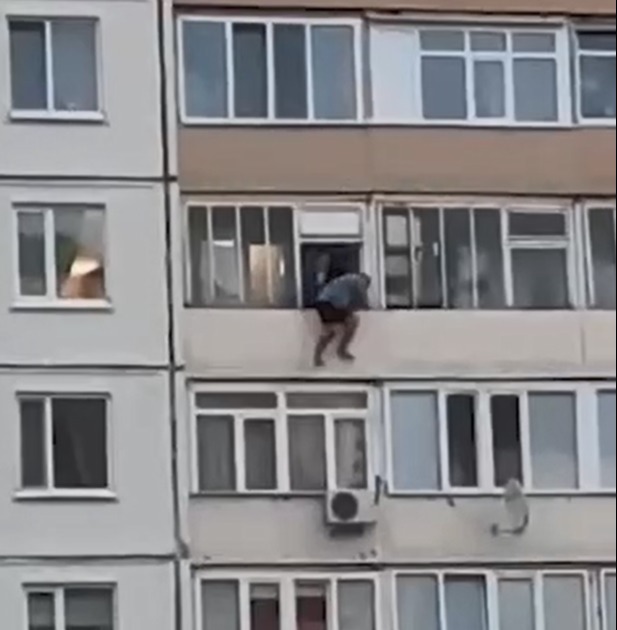 Then another man approaches and the daredevil appears to push him out.

The victim desperately tries to grab onto the railing but without success.

He then plummets 50ft, hitting an air conditioner on his way down.

The man was rushed to hospital in a with multiple bone fractures and remains in a coma in Kogalym, Russia.

Police established the 26-year-old had been drinking with his pal, 56.

“The younger men climbed onto the windowsill of the balcony to grab some fresh air,” a source said.

“His friend decided ‘to pull a prank on him’ and pushed him out.”

The older man, who hosted the party, says he is innocent, police have said.

Detectives are now studying the footage to to establish if it was just an accident or if there was any foulplay. 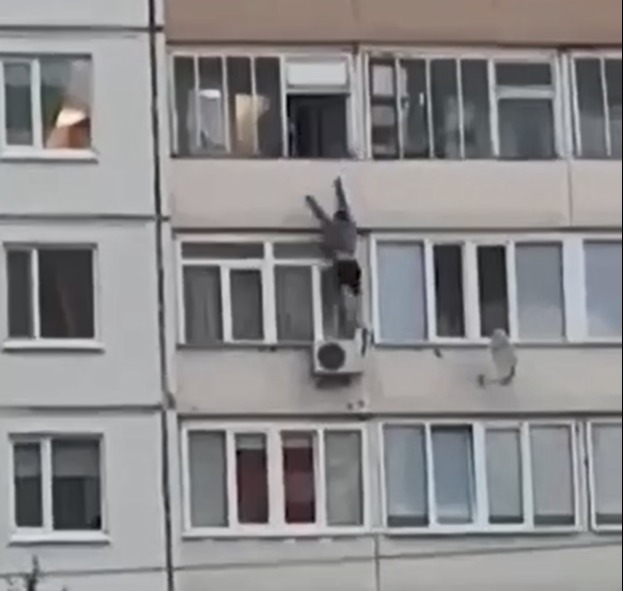 When is Star Wars anime series Visions released on Disney+ and how can I watch it?