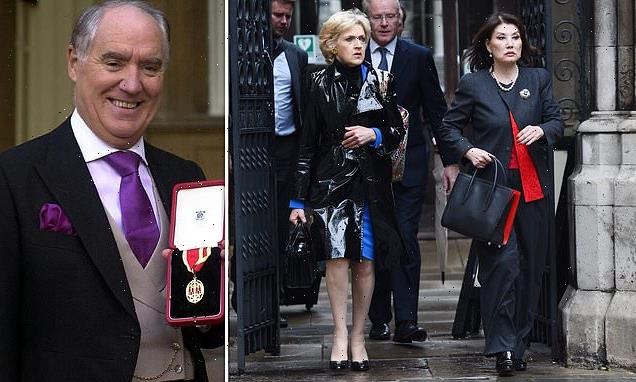 Sir Frederick Barclay has been ordered to pay his estranged wife £100million after a judge blasted the Telegraph owner for selling a luxury yacht and keeping the proceeds for himself.

Mr Justice Cohen said Sir Frederick Barclay, 86, sold a luxury yacht and ‘applied the equity for his own use’ in breach of orders.

He said he regarded that as ‘reprehensible’, in a ruling published on Wednesday.

The judge said he had ruled that Lady Hiroko Barclay should receive lump sums totalling £100million. She had wanted £120million. 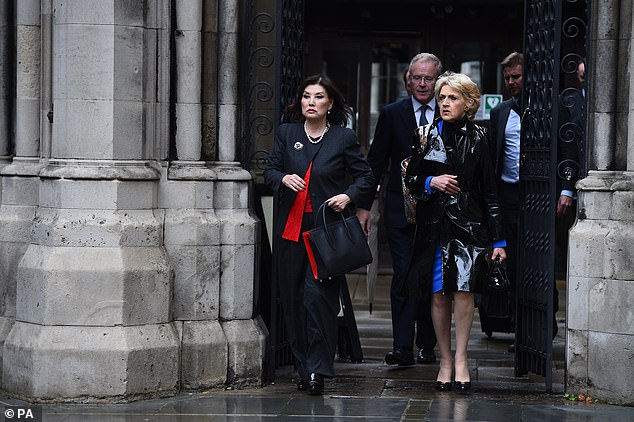 Sir Frederick had made an offer which might have led to Lady Barclay receiving nothing, the judge said.

Mr Justice Cohen, based in London, oversaw the dispute between Sir Frederick and Lady Hiroko, who is in her late 70s, at private hearings in the Family Division of the High Court.

He considered arguments over how big a payout she should get at a trial in March, following the breakdown of their 34-year marriage.

The judge, who heard that Sir Frederick and Lady Hiroko were married in May 1987, allowed journalists to attend hearings but placed wide limits on what could be reported. 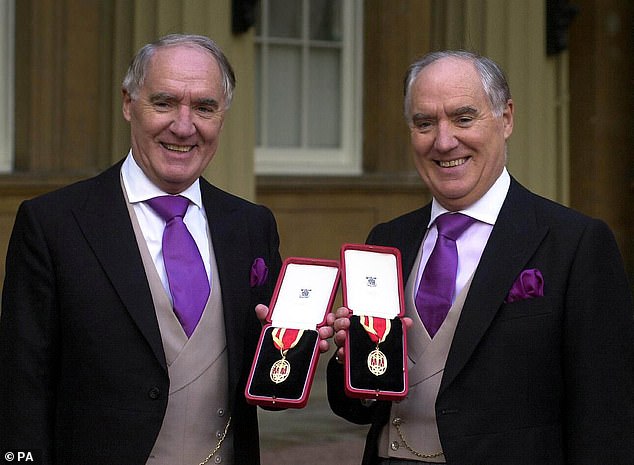 Sir Frederick (right, with his twin brother David receiving their knighthoods in January this year) had made an offer which might have led to Lady Barclay receiving nothing, the judge said

He said on Wednesday that he had decided not to publish his entire ruling – which has been given to Sir Frederick, Lady Barclay and their legal teams – but to reveal some detail.

‘The principal criticism that I made of (Sir Frederick) related to his treatment of orders made for the production of documents and answers to questions,’ said Mr Justice Cohen in the ruling published on Wednesday.

Fiona Shackleton, 65, is one of Britain’s most famous divorce lawyers.

She was dubbed the ‘Steel Magnolia’ for her charm and determination after securing Prince Charles a divorce settlement in 1996 which saw Princess Diana lose her HRH title.

The same year, she handled Prince Andrew’s £2million divorce from the Duchess of York.

She memorably had a glass of water thrown over her by a furious Heather Mills during her divorce from Sir Paul McCartney in 2008.

She represented the Beatle and ensured that former model Miss Mills got only £24million of the £125million she had sought.

The daughter of Bank of England adviser and Sheriff of the City of London, she was educated at Benenden School in Kent. She secured only a third-class degree in law at Exeter University.

Her ex-Army husband is a descendant of Antarctic explorer Sir Ernest Shackleton.

She became a life peer sitting on the Tory bench in 2010 and remains the personal solicitor of Princes William and Harry.

‘Those orders were made specifically in the context of (him) seeking to argue that loan notes to which he was entitled and which constituted the vast bulk of his wealth were not likely to be honoured, in full or in part, by reason of an alleged absence of liquidity in the underlying family businesses.’

He added: ‘Part of (Sir Frederick’s) available assets included a luxury yacht which was on the market for sale.

‘I made orders intended to control the sale and the use of the proceeds. He completely ignored those orders, sold the yacht, and applied the equity for his own use.

‘I regarded that behaviour as reprehensible.’

Sir Frederick and his twin brother Sir David were among the UK’s most high-profile businessmen.

Their interests included the Telegraph Newspaper Group and The Ritz hotel in London.

The family also has links to the Channel Islands and Monaco.

Mr Justice Cohen recently signalled an end to the Barclays’ marriage at a separate hearing, by issuing a divorce decree.

Lady Hiroko had petitioned for divorce on the grounds of unreasonable behaviour, he was told.

A marriage does not formally end until a decree absolute is made.

One of Britain’s most famous businessmen has been criticised by a High Court judge after becoming embroiled in a fight over money with his estranged wife.

Mr Justice Cohen said Sir Frederick Barclay, 86, had sold a luxury yacht and ‘applied the equity for his own use’ in breach of orders.

He said he regarded that behaviour as ‘reprehensible’.

The judge made his criticism in a ruling published on Wednesday.

He said he had decided that Lady Hiroko Barclay, who is in her late 70s, should walk away with lump sums totalling £100 million.

Sir Frederick said, in a statement after the ruling: ‘I am saddened that after 34 years my marriage has come to an end.

‘This was not something I wanted.’

He said he hoped that Lady Hiroko could find happiness and wished her well.