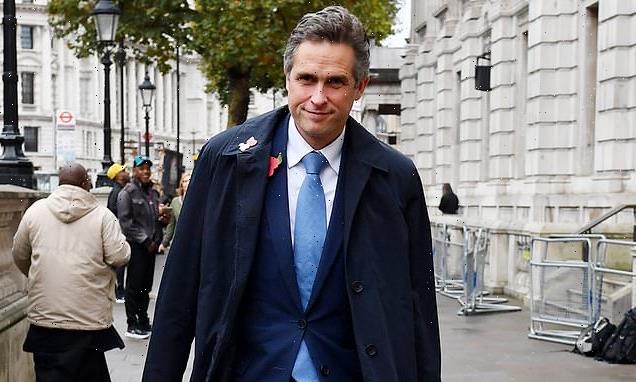 Gavin Williamson has quit the cabinet saying that he wants to ‘comply fully’ with the complaints process and clear his name following bullying allegations.

The minister has resigned following allegations that he told a senior civil servant to ‘slit your throat’.

No 10 is carrying out a fact-finding exercise the claims, while the Tory party and Parliament’s bullying watchdog are looking into allegations made by former chief whip Wendy Morton.

Pressure mounted on Sir Gavin as his former deputy Anne Milton alleged he used intimidatory and threatening tactics while he was chief whip.

And the senior civil servant who claims to have been bullied by Sir Gavin when he was defence secretary has reportedly submitted a formal complaint to Parliament’s Independent Complaints and Grievance Scheme (ICGS). 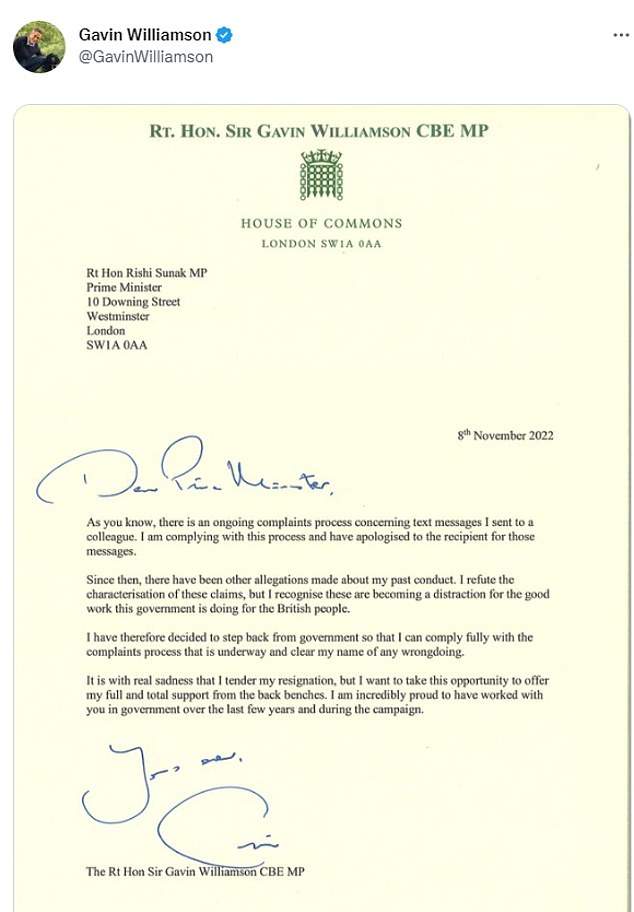 In the letter, Sir Gavin writes: ‘As you know, there is an ongoing complaints process concerning text messages I sent to a colleague. I am complying with this process and have apologised to the recipient for those messages.

‘Since then, there have been other allegations made about my past conduct. I refute the characterisation of these claims, but I recognise these are becoming a distraction for the good work this government is doing for the British people.

‘I have therefore decided to step back from government so that I can comply fully with the complaints process that is underway and clear my name of any wrongdoing.

‘It is with real sadness that I tender my resignation, but I want to take this opportunity to offer my full and total support from the back benches. I am incredibly proud to have worked with you in government over the last few years and during the campaign.’