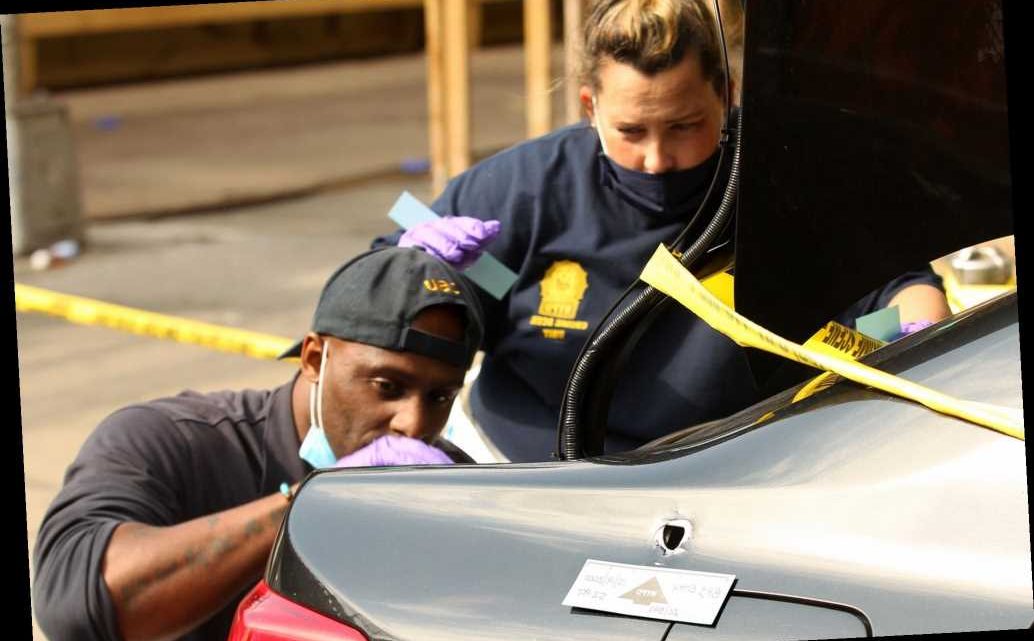 Six shot in separate incidents across NYC on Monday: cops

Six people were shot in four separate incidents across the city Monday — with no additional shootings reported early Tuesday, according to the NYPD.

In the most recent incident, which came minutes before midnight, a 24-year-old man was struck in the knee during a drive-by shooting on East 95th Street near Avenue L in Canarsie, cops said.

Earlier in the evening, a 44-year-old man was shot in the leg as he got out of an elevator inside a building on Bruckner Boulevard near Zerega Avenue in the Unionport section of the Bronx around 7 p.m., cops said. He told police that the man was a stranger.

He was taken to NYC Health + Hospitals/Jacobi, where he is expected to survive.

About 12 hours earlier, 19-year-old Wendolin Ortiz was killed and two men, 28 and 30, were wounded in a shooting inside an illegal social club at Jerome Avenue near West Kingsbridge Road in the Fordham Manor section of the Bronx.

It was unclear whether Ortiz — who had survived another shooting over the summer — was an intended target.

Monday’s earliest shooting came around 1 a.m., when a 34-year-old man was shot in the right leg on Union Hall Street near 108th Avenue in Jamaica.

The victim, whom cops described as uncooperative, reported hearing shots and feeling pain.

The gunplay comes amid a surge in shootings across the Big Apple this year.

However, on Monday’s date in 2019, which was a Saturday, more than twice as many people were shot — 14 victims in 11 separate incidents, according to police.