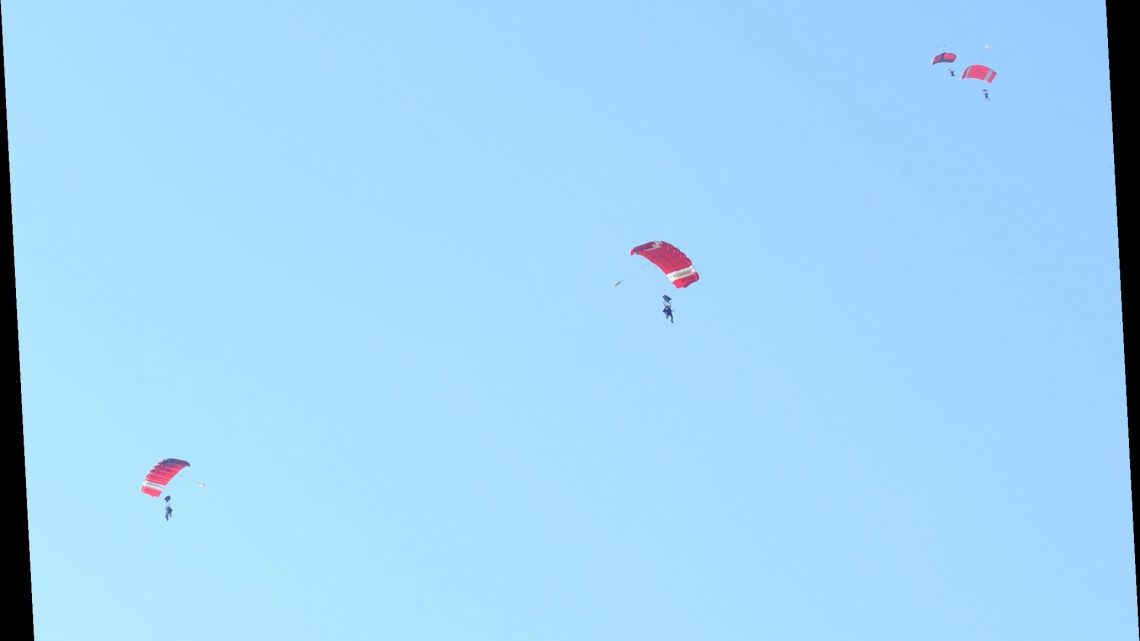 A sky-diving student got her parachute tangled in a plane’s propeller after jumping from one aircraft and accidentally landing on another — and escaped the harrowing ordeal with only minor injuries, New York State Police said in a release.

Kristin Silva, 24, of New Haven, Connecticut, was coming down to earth at Skydive the Ranch in the Ulster County town of Gardiner shortly before 2:30 p.m. Saturday when she landed on a Freefall Express plane that was taxiing on the runway.

Silva plopped down on the plane’s left wing, suffering a gash to her leg when she hit a wing-mounted propeller, state police said.

Her parachute then got tangled in the prop, leaving her dangling off the wing until an eyewitness to the mishap cut her down.

Police said Silva remained conscious and alert despite a deep cut to her left leg and a cut to her chin. She was air-lifted to Westchester Medical Center in Valhalla with non-life-threatening injuries, police said.

According to Patch, the skydiving site has had mishaps in the past.

Two other people died during a jump in 2012, the outlet said.

The school did not immediately respond to a request for comment.