‘Sleepwalking towards crisis’: Regional patients wait weeks for GP as gap widens between city and country

The crisis in bulk-billing is widening the gap in access to medical services between those who live in the city and the country, forcing people in some regional centres to wait up to eight weeks for a doctor’s appointment, while new patients are turned away entirely.

Doctors say a freeze in the Medicare rebate for the past decade has meant GP clinics can no longer afford to bulk-bill, leaving some patients unable to secure an appointment and thousands of others forced to drive long distances seeking affordable care. 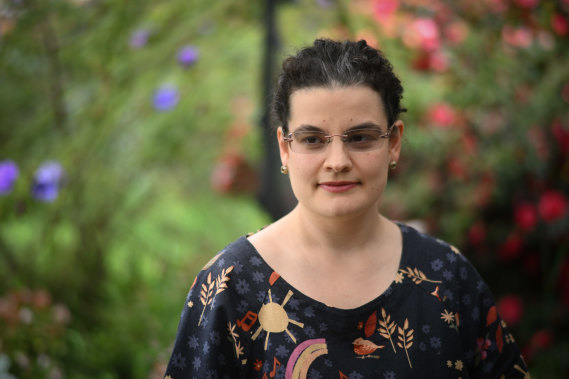 In Mildura, 15,000 patients have been left without a bulk-billing doctor after their clinic went into voluntary administration, and nearby clinics have a wait of up to eight weeks for new patients.

In Bairnsdale, most medical clinics have closed entirely to new patients and existing patients must wait four weeks for an appointment. In Mallacoota, the only bulk-billing clinic will soon stop providing that service, leaving the nearest option 85 kilometres away in Eden, NSW. Inquiries by The Age have confirmed similar problems in regional centres across the state.

“We have been sleepwalking towards this crisis for at least two decades,” Bendigo GP Katie Snow said. “We are moving towards an Americanised system where healthcare is a privilege, not a right.”

Rural areas had been hit the hardest by a national health workforce crisis that had been brewing for decades, but accelerated as more GPs were no longer able to afford to bulk-bill, she said. “People in rural areas who will feel that the most will be those who are least able to pay to see a doctor.”

Rural Doctors Association Victoria president Rob Phair said bulk-billing – in which practitioners receive a Medicare rebate for providing services instead of patients paying up front – is increasingly patchy and most clinics can no longer take new patients.

“This issue is so much bigger than bulk-billing,” Phair said. “This is about people in rural Victoria not getting access to care at all in the first instance. Out in rural areas, the chickens are coming home to roost.”

Snow said wait times in Bendigo had also exploded. Most medical clinics can no longer afford to bulk-bill and those that can are unable to accept new patients. Her clinic recently stopped bulk-billing primary school children and the local community health centre has been forced to introduce a gap payment for some services.

Medicare rebates were frozen by Labor in 2013 and kept unchanged by the Coalition until a 1.6 per cent increase this year.

GPs say the amount they are reimbursed by the government is not enough to cover their costs, including soaring rent, medical insurance, wages and supplies. An increasing number who previously bulk-billed all consultations now charge patients a gap fee.

Yousuf Ahmad runs Inglis Medical Centre in Sale, the only respiratory centre for tens of thousands of people. Extreme demand has meant many of his patients are waiting up to five weeks to secure appointments.

The GP is troubled by surging rates of advanced skin, breast and colon cancers he is diagnosing in people who have deferred healthcare during the pandemic.

Bairnsdale, East Gippsland: Rural Doctors Association says people are waiting at least four weeks to get an appointment with a GP. Most clinics no longer take new patients.

Bendigo: Doctors say most medical clinics can no longer afford to bulk-bill and those that can are unable to accept new patients. Some clinics have now ceased bulk-billing primary schoolchildren.

Sale: Inglis Medical Centre is the only respiratory clinic for thousands of people. Extreme demand has meant many patients are waiting up to five weeks to secure appointments.

Mallacoota: Bulk-billing has been reduced to healthcare card holders and soon fees will be charged to most patients. Closest bulk-billing clinic is 85 kilometres away in Eden in NSW.

Ahmad still bulk-bills patients under 15, those over 65 and a tidal wave of patients with mental health issues. But his workforce has tripled during the pandemic. His clinic is now financially unviable and he may be forced to stop bulk-billing.

“We care so much about our community but we can’t keep operating this way,” he said.

About 15,000 patients have been left without a bulk-billing doctor in Mildura after Tristar Medical Group, which owned a GP clinic, went into voluntary administration last month.

Tristar, which owned clinics across regional Australia and is known for hiring international medical graduates to staff regional towns, has multiple unpaid creditors and has been under financial stress for years.

Marie Marasco’s daughter Maya, 17, a former Tristar patient, has recurrent tonsillitis but cannot secure an appointment with another Mildura clinic. She is on waiting lists up to six weeks long.

Marasco said her daughter was on repeat scripts of antibiotics, she was worried about missing more school and the family felt rejected and stressed.

“This needs to be fixed,” she said. “We need to have doctors.”

The general practitioners’ college is pushing for Medicare rebates to be immediately increased by at least 10 per cent, especially for patients with complex needs requiring consultations for longer than an hour.

The Medicare rebate for a standard consultation is about $39.75. That’s less than half of what the Australian Medical Association recommends for short consultations and the lobby group suggests the fee should be closer to $86 – a position backed by the college. 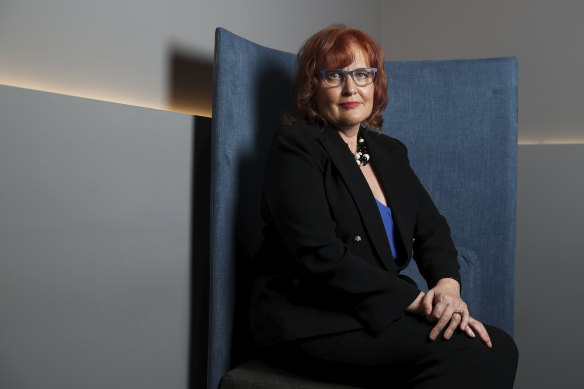 Price called for urgent reform, including greater investment into general practice and an end to decades of health being used as political football.

In Wangaratta, some of Dr Kate Davey’s patients are waiting between eight and 12 weeks for routine check-ups, while two doctors are on call to treat patients needing urgent care.

“We are all trying to make it work so people don’t have to wait that long, but it’s extremely challenging,” the GP of 40 years said. Of the seven medical clinics in Wangaratta, only about three now bulk-bill.

Davey said she was concerned not only by the deteriorated health of patients, but by rising mental health presentations, noting “almost every consultation now has degree of mental health.”

In the East Gippsland town of Mallacoota, bulk-billing was made available following the Black Summer fires in 2020, but fees will soon be charged to most patients.

“We’re in a situation where we’re generating losses again, so it’s just out of necessity,” clinic owner Sara Renwick-Lau said, acknowledging some patients would have to drive to Eden in NSW to access a bulk-billing clinic.

This week, governments from NSW and Victoria revealed that each state would establish 50 bulk-billing urgent care clinics to be run by GPs in existing clinics as part of a federal government pre-election promise.

The announcement drew scepticism from rural doctors. Only about five clinics so far are in Victoria’s regional areas and Phair fears rural towns that need the clinics most will miss out.

“They just won’t have the staff to operate these clinics,” he said.

This includes $750 million over three years through a new Strengthening Medicare Fund and another $146 million in new initiatives to provide regional and rural Australia with more doctors.

“The former government froze the Medicare rebate for six years, ripping billions of dollars out of primary care and causing gap fees to skyrocket,” he said.

While GPs are largely a federal responsibility, the Victorian government is also desperate to address the crisis, ploughing more than $14 million into a plan to recruit doctors in rural areas and tripling financial incentives to lure foreign healthcare workers to work in the regions. It has also invested $12 billion into the state’s pandemic repair plan, which includes a goal to hire 7000 more healthcare workers.

But there are no easy fixes. Phair said better coordination between the two tiers of government and addressing and the disparity between healthcare workers in Melbourne and rural areas was critical. He said universities had an ethical responsibility to scrutinise how many medical students ended up in rural areas and whether they were accepting enough people from the country – a stronger predictor of them returning to work there.

More financial incentives were also needed, but he said while such measures worked for attracting locum doctors, most failed to commit to long-term rural careers and workforce shortages had existed decades before coronavirus.

“We need massive cultural change and health reform where the most disadvantaged communities with the worst health outcomes, like Mildura and Bairnsdale, are given priority, and the best industrial arrangements are given to those healthcare workers,” Phair said. “Rather than all of those resources continually going to people in big metro Melbourne.”

The hospital crisis came to a head again this week following the death of a woman in her 70s, who died of a heart attack while waiting for hours for an ultrasound at Latrobe Regional Hospital.

Earlier this year, a one-year-old girl infected with coronavirus died in the emergency department at University Hospital Geelong and a man died after waiting hours for admission into the Bairnsdale Regional Health Service during a poorly staffed shift.