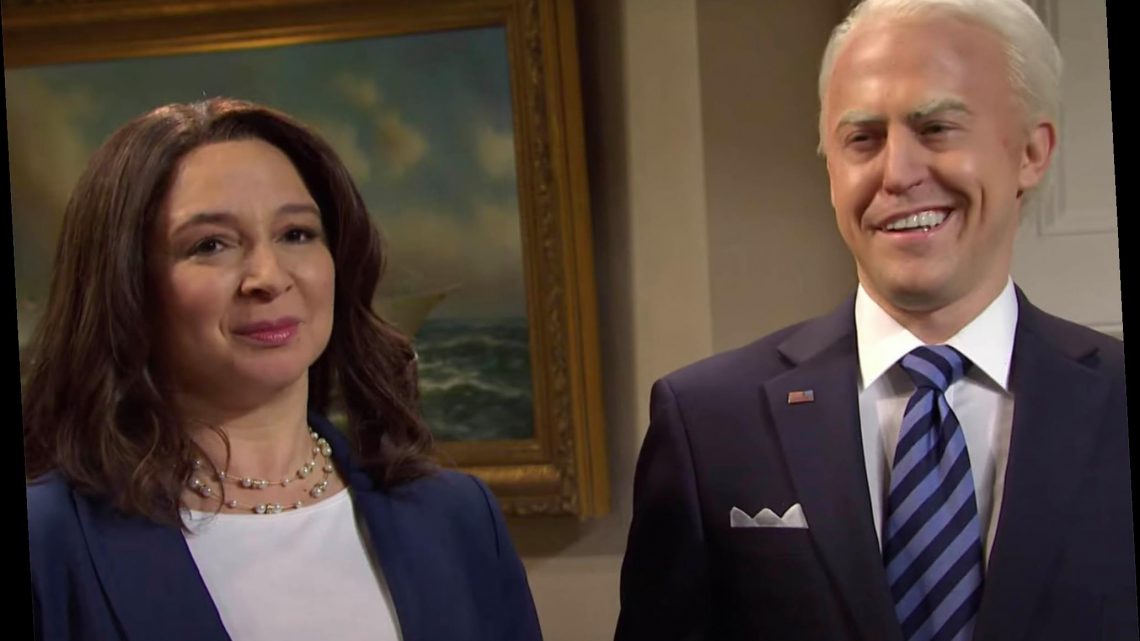 The scare-Crow tactics of Democrats: Goodwin

“Saturday Night Live” skewered President Biden and Vice President Kamala Harris as she held a Unity Seder for Passover that lampooned the president’s use of cheat sheets at his press conference last week.

Biden (​Alex Moffat) shows up at the Seder at the residence of Harris, (Maya Rudolph), wearing his trademark aviator sunglasses.

“​Hey did you all catch my press conference, it was so easy. A lot of critics thought I wasn’t mentally prepared enough​,” he told Harris, and Doug Emhoff, the first gentlemen (Martin Short).

“But I think I proved them all wrong,​”​ ​Biden adds, reading off a cheat sheet. Photos showed the president referring to cheat sheets during last Thursday’s press conference, including one that contained the names and photos of journalists attending he planned to call on.

Then the Biden character tells Harris that he’s ​put her in “charge of solving a little immigration problem down at the Mexican border.​”​

“​Yes, I did hear that. Wow. Thank you, for the opportunity. Such a fun, solvable problem,​” she says. “What are you in charge of?”​

“​Moi? Giving out checks. Who wants stimmies? Woooo! Make it rain​,” Biden says, peeling bills off a wad of cash in his hand.