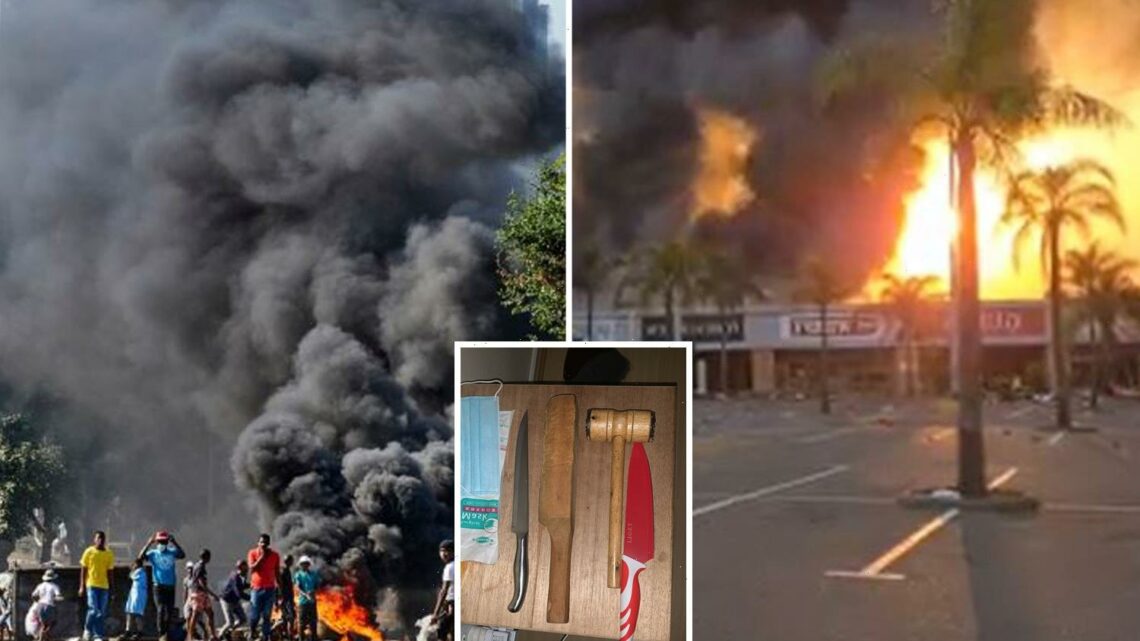 APOCALYPTIC scenes of rioting and looting in South Africa have been likened to The Walking Dead by terrified families forced to fend off mobs with homemade weapons.

People living in KwaZulu-Natal fear for their lives as robbers set businesses and homes ablaze  – with at least 75 people already killed in mayhem across the country. 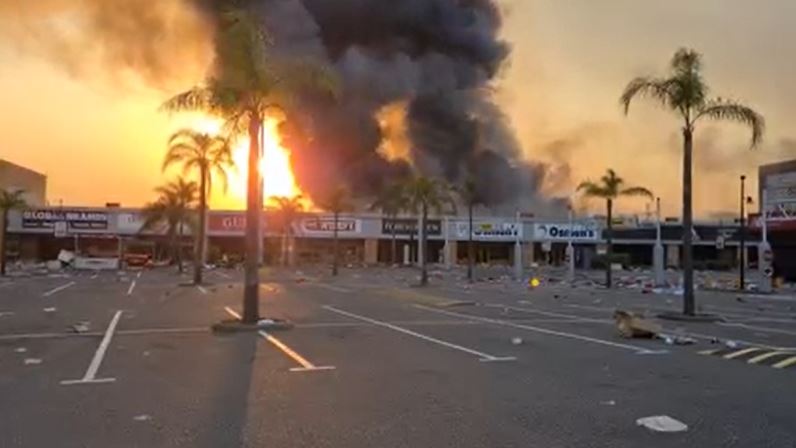 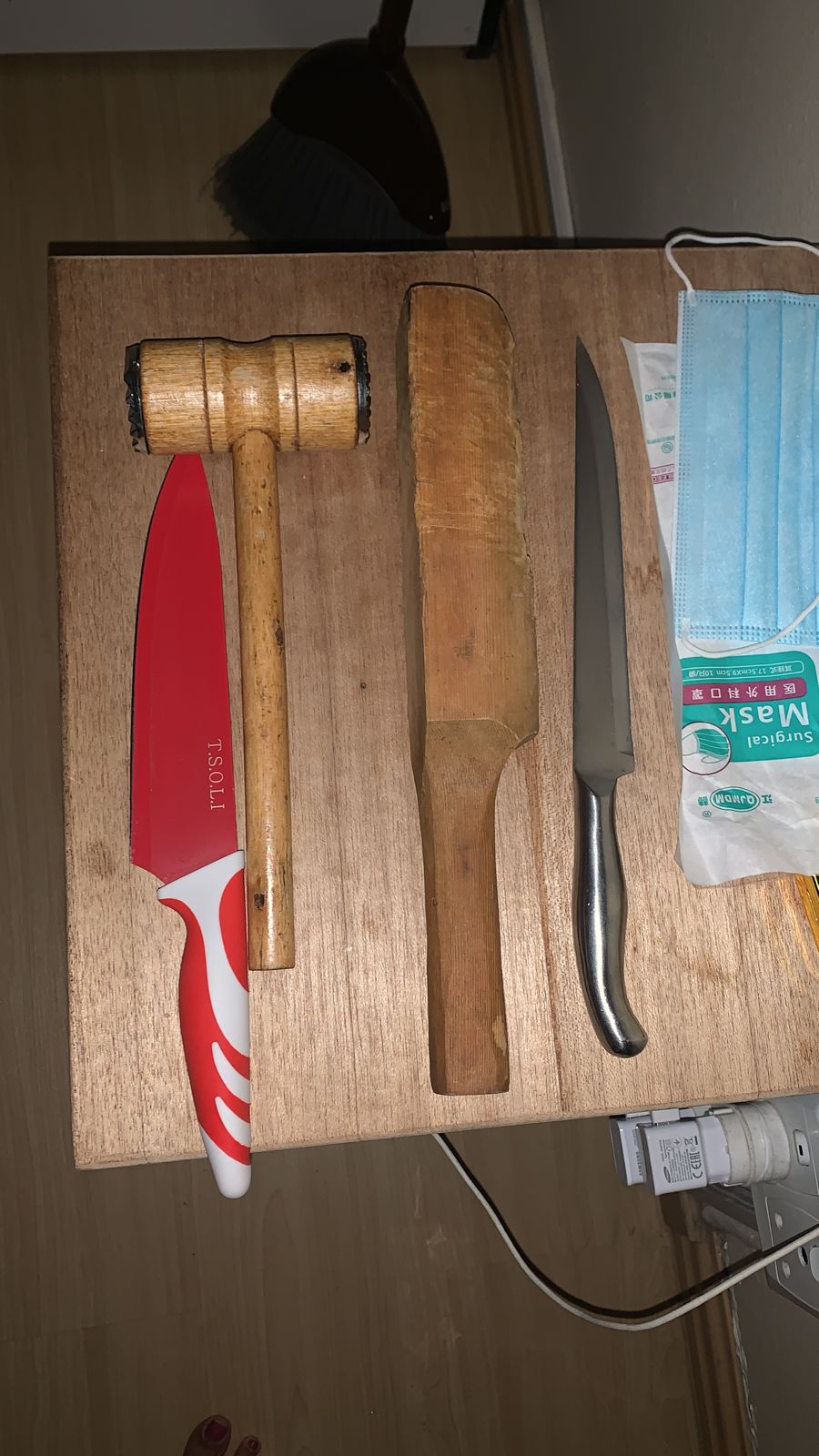 Shannin Klaasens says her family – including her elderly grandmother – are living in desperation as supplies run out with her 78-year-old grandmother – who has undergone a triple heart bypass – down to her last pack of medication.

The 36-year-old – who moved to the UK seven months ago to live with her Brit husband of five years – says the sheer scale of devastation in KwaZulu-Natal is "on another level" and compared it to war-like scenes in Syria.

She told The Sun Online it has taken looters just a matter of days to "tear down and destroy" KwaZulu-Natal, with the level of destruction so bad it will take "years and years" to rebuild the state.

Countless malls and businesses have been ransacked or set on fire, mostly in Zuma's home state of KwaZulu-Natal (KZN).

"What started as a simple protest has now turned into massive amounts of looting, burning, killing," the 36-year-old.

"It has now resulted in there being no food, people can't even get bread or milk. Babies have no formula and there are no nappies available anywhere.

"It is in a very dire state. Right now, people are being forced to ration food. The looters are now even attacking factories, and when they are done, they burn it down.

"Some of the videos I've seen of what's going on – it looks like the Walking Dead.

"You've got your men of the neighbourhood standing there holding cricket bats because there's not enough ammunition at the moment, and you see the looters coming towards them in their hundreds – running and storming malls, stores and even homes.

"I was on a call with my friend the other night and she said, "hold on, someone's getting into my mum's house".

"Her mum and her sister had to lock themselves in, they had nothing so had to make their own weapons, so they actually took vinegar and put some chilli powder in it. That was their one form of defence if these men got in."

It looks like the Walking Dead. You've got your men of the neighbourhood standing there holding cricket bats because there's not enough ammunition at the moment, and you see the looters coming towards them in their hundreds – running and storming malls, stores and even homes.

Shannin says although the army has been drafted in in a bid to tame escalating violence, forces are thin on the ground – compelling locals to take matters into their own hands to protect their terrified families.

"The men of each neighbourhood in KZN have formed barriers and they've made some weapons, and are also using baseball and cricket bats," she said.

"They are actually parking their cars by the dozens and forming these human barriers to stop these looters who are coming in their bus loads, and running into people's homes or gardens or shops.

"So now our men are working as their very own army.

"One of my uncle owns a printing factory and last night he had to go the factory because they were emptying petrol from all his trucks and they were going to set the factory alight – which they've done to many factories down that road.

"It's horrendous. He managed to get some of his trucks and park them in his yard but he doesn't know what's going to happen tonight."

Vigilantes have stepped into the vacuum left by a police force hopelessly overstretched by the spiralling chaos that has seen deadly stampedes and a hospital torched.

But this has now widened into continuous looting and an outpouring of general anger over poverty that has plagued the country 27 years after the end of apartheid.

Shannin has called on President Cyril Ramaphose to declare a state of emergency as locals grapple with soaring levels of devastation.

"Who knows what's going to happen, but right now there's a sense of hopelessness," she added.

"People are feeling weak and defeated.

"We are praying for help. Nelson Mandela would be turning in his grave right now at what the rainbow nation is coming to.

"It is the most devastating thing. South Africa is a beautiful country and to see these people bring it to the ground – something needs to be done."

"People will start dying off," she said.

"We are trying to get the truth out about what's going on. It's not rioting, this is a million times worse.

"I hear my family losing hope. Everything that we all hold dear to our hearts has been stripped away. It feels like something out of the war in Syria to be honest."

South African police said in a statement they had identified 12 people suspected of provoking the riots, and that a total of 1,234 people had been arrested.

President Cyril Ramaphosa has called it some of the worst violence witnessed in South Africa since the 1990s, before the end of apartheid.

Zuma was forced out of office in 2018 and replaced by Ramaphosa after a nine-year tenure stained by corruption scandals and the taint of cronyism.

The 79-year-old has denied that there was widespread corruption during his years in power but turned himself in to police on July 13, to begin 15 months in jail for contempt of court – the culmination of a long legal drama seen as a test of the country’s ability to enforce the rule of law.

Despite his tarnished reputation, the former president carries substantial weight among officials and grassroots members of the African National Party.

Hundreds of his supporters, some of them armed with guns, spears and shields, had gathered nearby at his rural homestead in Nkandla, KZN, to try to prevent his arrest and demanded the release of their political hero. 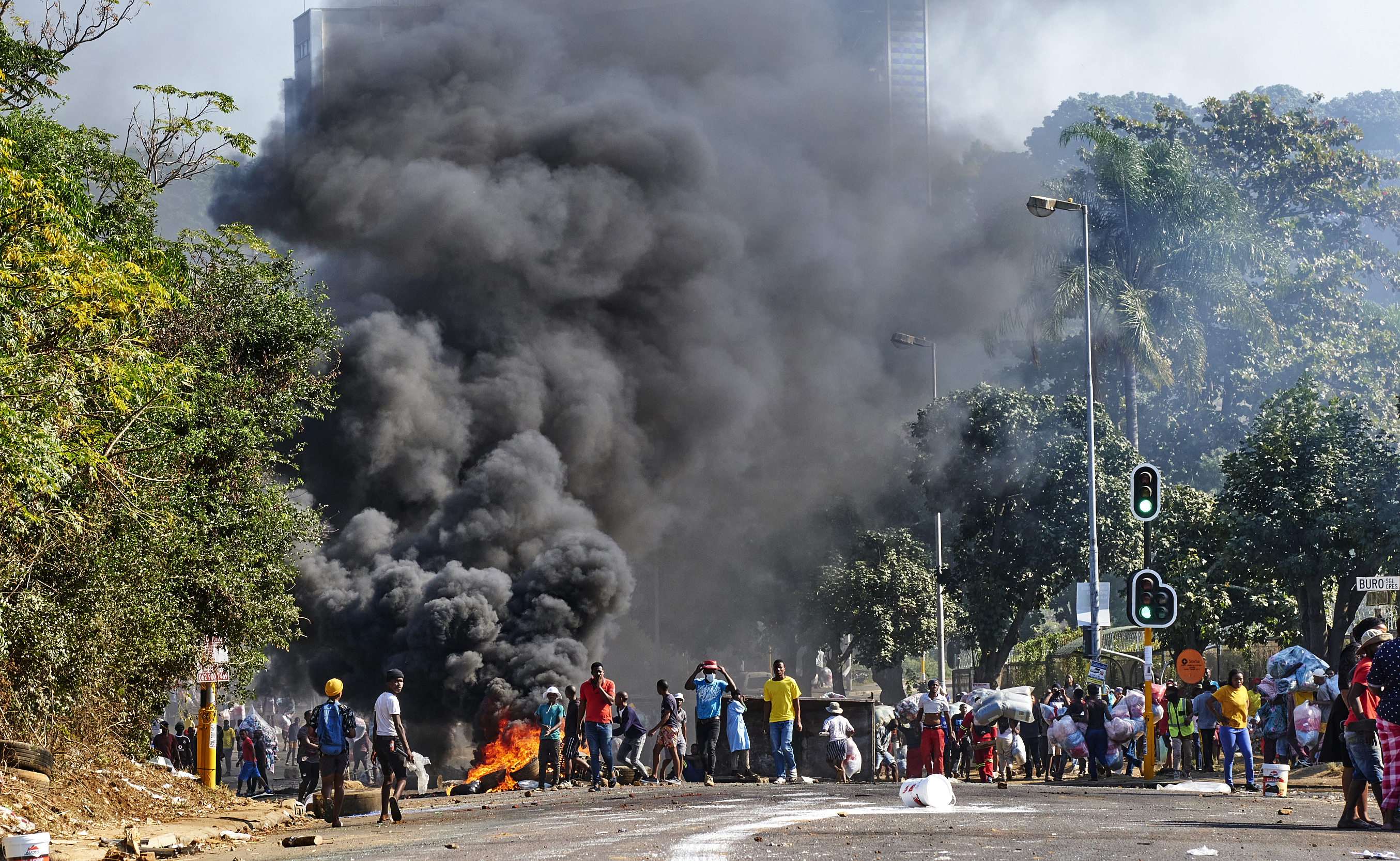 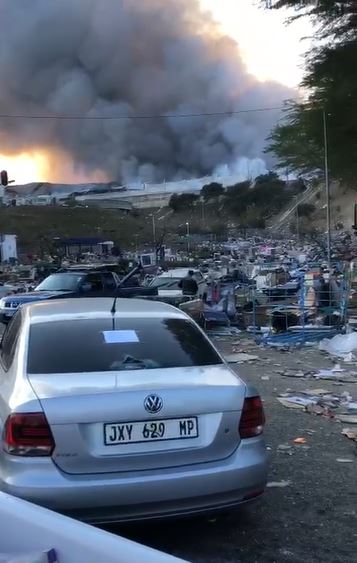 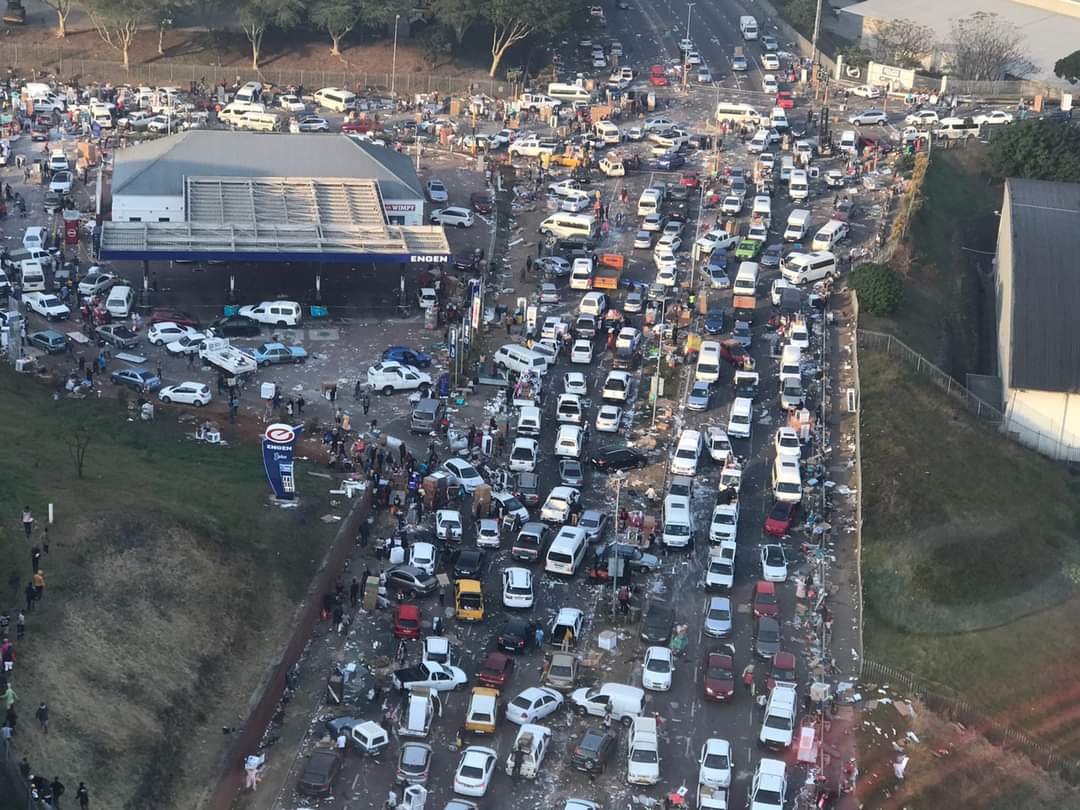 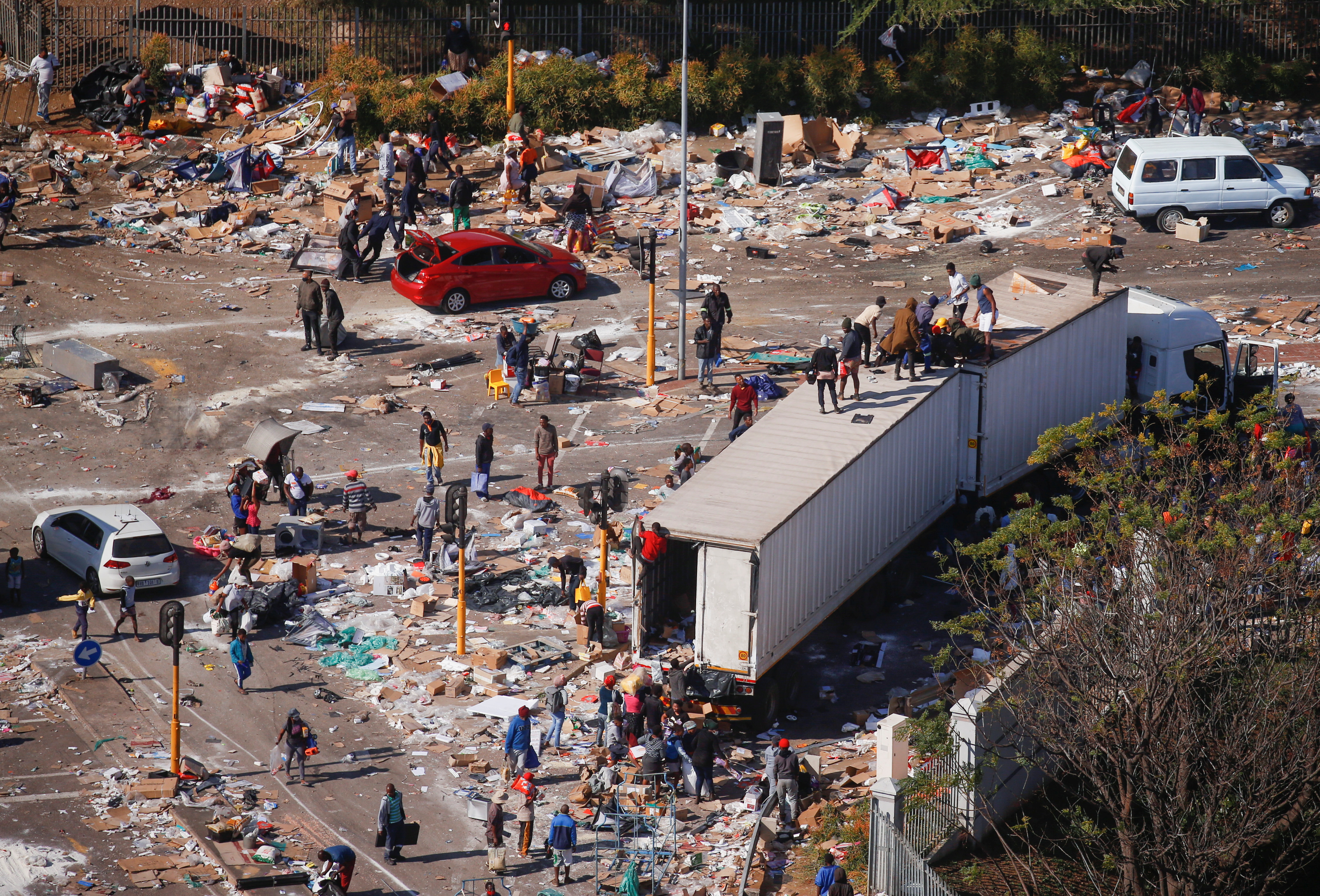 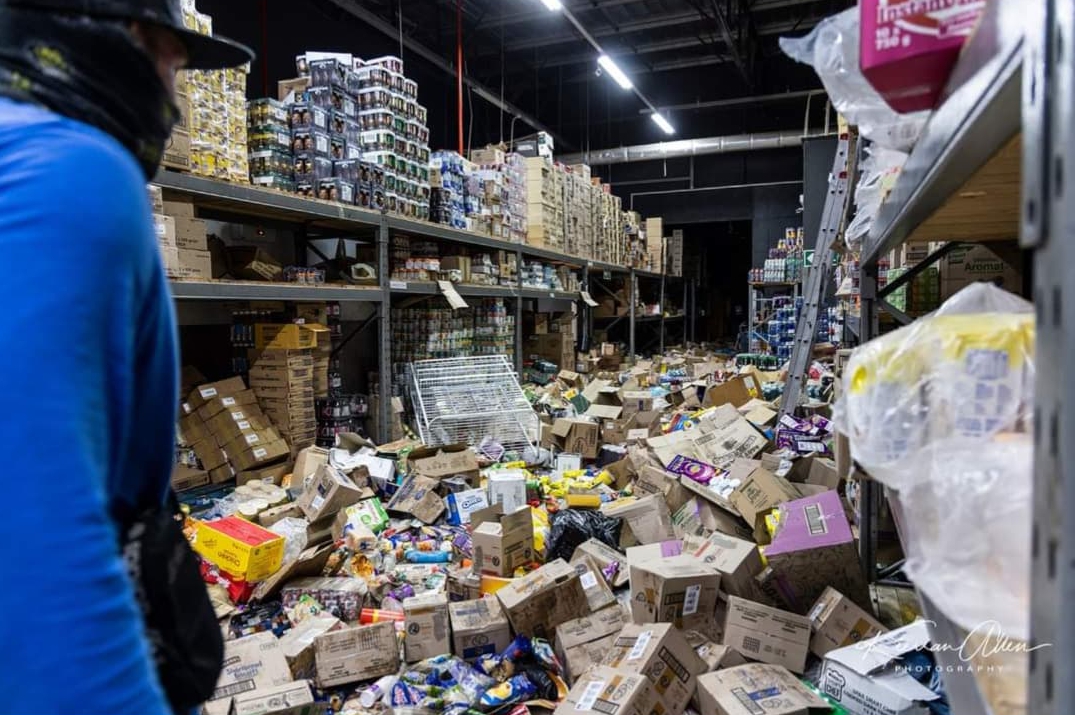 Why Courteney Coxs Recent Emmy Nomination Is Monumental For The Actress

Jussie Smollett is re-charged with lying to cops
Recent Posts