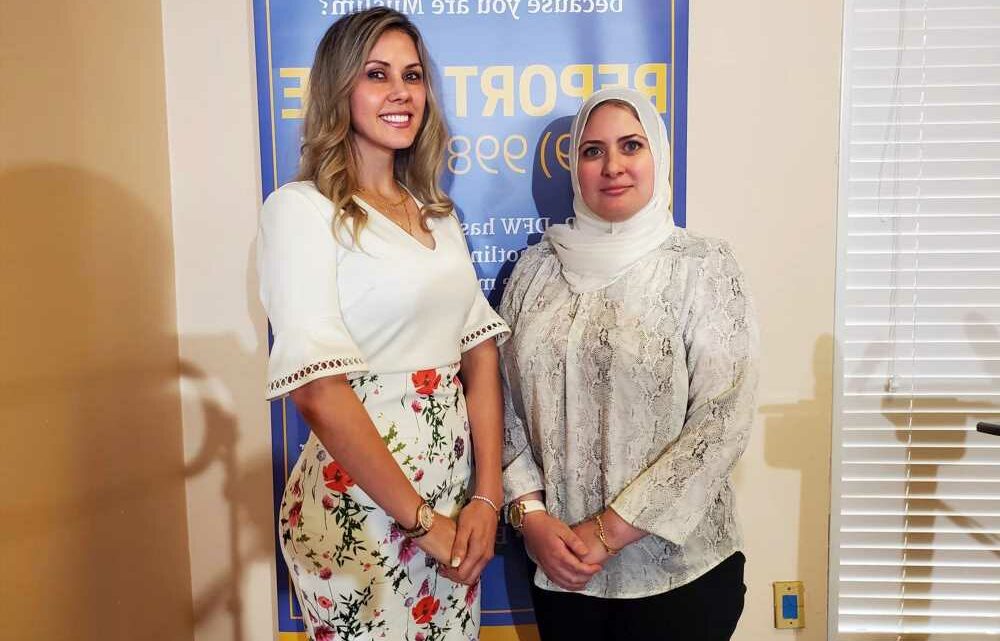 Porn-watching pilot who exposed himself during flight sentenced

A US-born Muslim woman who wore a hijab aboard a Southwest Airlines flight has accused a flight attendant of forcing her to move from an exit row because she didn’t speak English — which would “bring the whole plane down” in an emergency.

The Dallas-Fort-Worth chapter of the Council on American-Islamic Relations — the nation’s largest Muslim civil rights and advocacy group — has filed a complaint on her behalf against the airline.

It alleges that the crew member aboard the flight from Fort Lauderdale to Dallas on May 22 told Fatima Altakrouri that she would “bring the whole plane down” in an emergency because she doesn’t speak the language — despite the fact the two conversed in English, the Dallas Morning News reported.

Altakrouri, a health clinic operations manager, and her younger sister, Muna Kowni, chose the last two seats that were available next to each other in the emergency exit row, according to the news outlet.

The women were reportedly returning from an emergency visit to their mother, who was in intensive care at a Fort Lauderdale hospital.

Altakrouri said the flight attendant told her sister, who does not wear a hijab, that she could remain seated in the row.

“The whole incident was very disappointing to me,” she said Tuesday. “I felt like I was picked out and felt intimidated by the attendant on this flight. It shouldn’t happen.”

Despite speaking with the attendant in English, Altakrouri said the crew member insisted she could not speak the language and the sisters moved to other seats that were apart from each other.

“There was no valid basis that Fatima does not speak English,” Altakrouri’s attorney Marwa Elbially said. “The refusal to seat Fatima in that seat was discrimination on the basis of religion.”

Elbially said his client lodged complaints with Southwest and the US Department of Transportation.

Faizan Syed, executive director of the local CAIR chapter, said the complaint addresses the wider issue of Muslims being targeted by the TSA and flight crews.

“Imagine being Fatima, imagine being her sister,” Syed said. “And the only crime that you’ve done is simply put on a piece of clothing and because of that you can be treated in a disrespectful manner, in this rude manner, in this discriminatory manner.”

Altakrouri said she also was disappointed that other passengers who overheard the incident didn’t intervene.

“But for the fact that nobody said anything, just makes me wonder what is our country coming to? Why are we not defending one another?” she said. “I have a right to be on this plane just as much as anyone else does.”

Altakrouri added that she did not hear anything from the airline until a rep reached out via Twitter after the news conference.

“Until you make it public, that’s when the company will take you seriously,” Syed said. “But when you follow their actual complaint process … there’s no response and the idea is to bury it under the rug.”

Southwest spokeswoman Brandy King told the Dallas Morning News in a statement that the company apologizes to any customer who has had a “less than positive travel experience” and that they will look into the specific matter.

“The safety of our passengers is paramount, and individuals seated in exit rows must be able to perform certain duties. With that said, Southwest neither condones nor tolerates discrimination of any kind,” King said.

Syed said CAIR wants the carrier to apologize and remove the flight attendant from its staff.