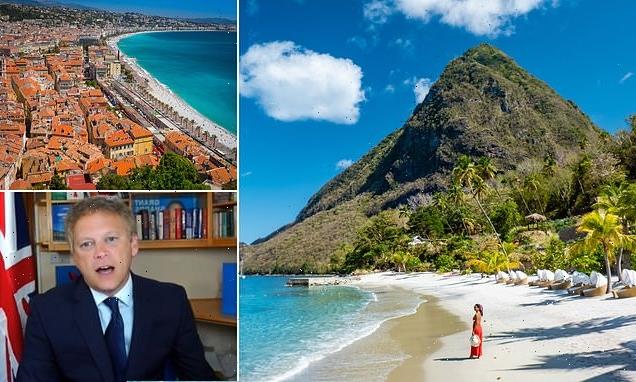 St Lucia 'could be added to the travel red list'

St Lucia ‘could be added to the travel red list’ forcing returning tourists into hotel quarantine while Spain, France and Greece ‘will stay on the amber list’ amid fears NO COUNTRIES will go green in update this afternoon

There are growing fears the Caribbean island of St Lucia could be added to the travel ‘red list’ as ministers prepare to update the Government’s traffic light rules.

Transport Secretary Grant Shapps is expected to unveil the latest changes to the categories this afternoon.

Experts believe St Lucia could be added to the toughest tier – requiring returning travellers to stay in a quarantine hotel – along with Morocco, Algeria, Nigeria and Ghana.

Meanwhile, Spain, France and Greece are all expected to remain on the ‘amber list’ amid concerns no new countries will go green.

The update will be published as aviation bosses continue to call for the Government to scrap testing requirements for fully-vaccinated travellers returning from green and amber nations. 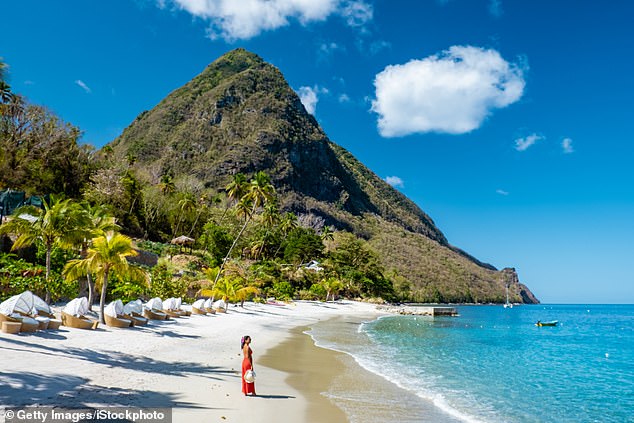 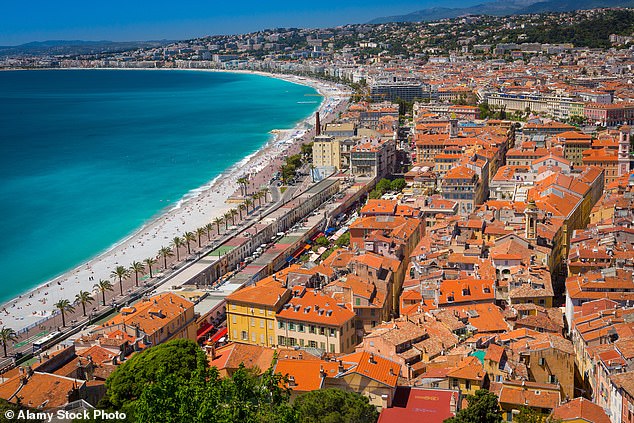 Spain, France and Greece are all expected to remain on the ‘amber list’. Promenade des Anglais in Nice, France is pictured 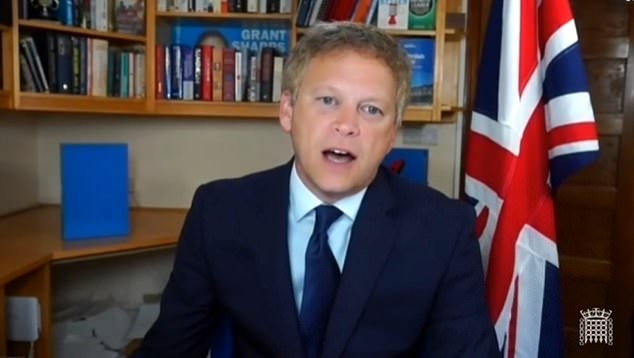 Coronavirus data analyst Tim White warned St Lucia is ‘in real peril’ of being put on the ‘red list’ as ‘the numbers keep getting worse’.

He said 189 new daily coronavirus cases on the island have been reported, which is 83 per cent more than a week ago. Two additional deaths have been confirmed.

Mr White said Morocco, Algeria, Nigeria and Ghana could also be put on the ‘red list’.

Holidaymakers wanting to return from Morocco before a change in status came into force could struggle to find flights due to a lack of spare capacity as a result of the upcoming August bank holiday weekend which is a major period for travel.

Destinations such as Spain, France and Greece will stay on the ‘amber list’, according to multiple reports.

Paul Charles, chief executive of travel consultancy The PC Agency, said there is a ‘strong’ case for Turkey to be moved from the ‘red list’ to the ‘amber list’ as it has started supplying ‘substantial data’ to GISAID, a global database sharing figures on genetically sequenced coronavirus test samples.

Mr Charles said he expected ‘very few traffic light changes’ to be made this afternoon because the Government ‘simply doesn’t have the bandwidth’ to deal with the situation in Afghanistan, coronavirus and the travel rules at the same time.

It came as the boss of Gatwick Airport called for the Government to scrap the testing requirements for fully-vaccinated travellers arriving in the UK from green and amber locations.

All arrivals from ‘green list’ locations must take a pre-departure test and another after they land.

Those travelling from an amber country must take the same tests, plus a second post-arrival test.

He explained: ‘If our Government would to do that and follow the lead of other European nations then we believe the pent up demand will start to flow through and passenger volumes will start to recover.

‘With that easing of travel restrictions, we should expect to see a very sharp recovery.’

Footballers’ Wives cast then and now – where are the Earls Park players and WAGs 15 years after show ended? – The Sun