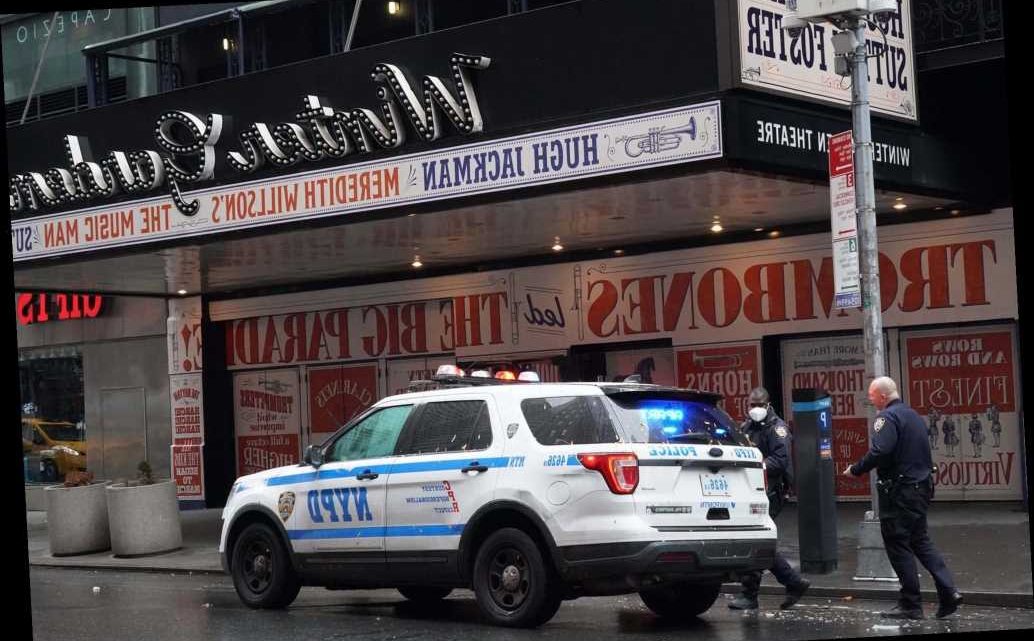 Stagehand falls to his death from scaffolding inside Winter Garden Theatre

A stagehand fell from scaffolding inside a Broadway theatre and died Thursday morning, authorities said.

The 54-year-old man fell 50 feet while working around 9:40 a.m. at the Winter Garden Theatre on 7th Avenue near West 50th Street, police said.

The man, whose name was not known, was taking down props from “Beetlejuice” so that they can start getting ready to put up props for the next show, “The Music Man,” which will feature Hugh Jackman.

“I was cleaning up under the stage when I heard a loud noise,” a 38-year-old theater porter who gave the name Mike told The Post. “It was right above me. It sounded like a bomb. It scared me. I ran up the steps to what it was.

“I said, ‘Oh my God!’ My heart started pounding. He was on his back. He had one shoe on. He wasn’t wearing a helmet. I don’t know if it came off when he fell. Stagehands always wear helmets,” he added. “The back of his head was cracked open. There a lot of blood on the stage.”

The man was taken to St. Luke’s Roosevelt Hospital Center, but he could not be saved, cops said.

Performances on Broadway have been suspended until May 2021.

Tom Cruise Says the 'Rain Man' Marketing Team Had No Idea How to Promote the Film — 'How Are We Gonna Sell That?'

When Will The ColourPop x Raw Beauty Kristi Collab Restock? It Won’t Be Long
Recent Posts