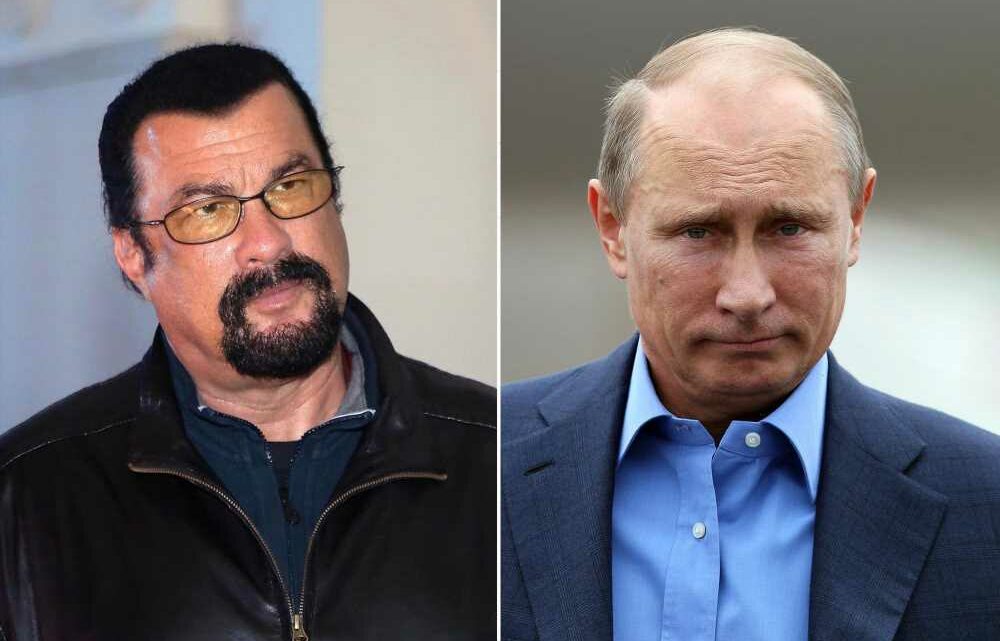 Steven Seagal is selling his bulletproof Arizona mansion for $3.4M

Steven Seagal has a new role as the face of a Russian political party that supports that country’s president, Vladimir Putin.

The “Hard to Kill” and “Above the Law” star was formally inducted into the A Just Russia — Patriots — For Truth party at a ceremony on Saturday, according to a video released by the party. As the name suggests, the party was formed earlier this year by the merger of three smaller parties, all of which support Putin.

The Michigan-born Seagal has repeatedly praised fellow martial arts enthusiast Putin’s leadership of Russia and endorsed the 2014 invasion and subsequent annexation of the Ukrainian region of Crimea. In November 2016, Segal was granted Russian citizenship. In August of 2018, Moscow’s Foreign Ministry appointed him to the unpaid position of “special representative for Russian-US humanitarian ties.”

In brief remarks Saturday, Seagal called for crackdowns on businesses that harm the environment.

“Without being able to arrest people, when we just fine them, they are probably making more money of the production of the things that are defiling the environment,” the actor said, according to Reuters.

After he spoke, Seagal posed for pictures with one of the party’s leaders, Zakhar Prilepin, who Reuters reported has admitted to commanding a combat unit in Ukraine.

A Just Russia — Patriots — For Truth holds 23 of 450 seats in the lower house of Russia’s parliament, the Duma, making it the fourth-largest party behind Putin’s United Russia (335 seats), the Communist Party (42 seats) and the Liberal Democratic Party (40 seats).

The next round of Duma elections are due to take place in September, but the Russian news agency TASS reported that Segal will not be a candidate due to the fact that he retains his American citizenship.

Kendall Jenner Cheers on Boyfriend Devin Booker at His Suns Vs. Lakers Game!