Home » World News » Student, 20, left throwing up in the pub after adder bite 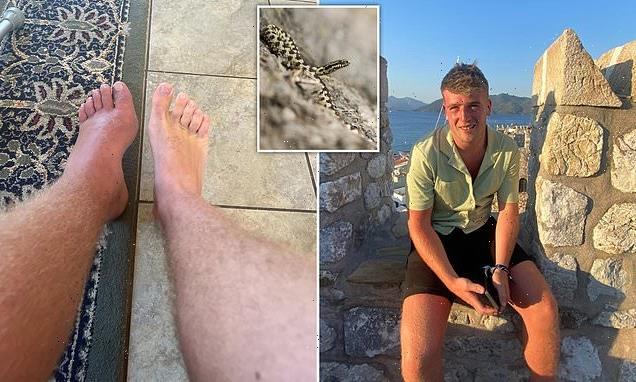 Student, 20, left throwing up in the pub after adder bite

EXCLUSIVE: Adder bad pint? Student, 20, is left throwing up in the pub feeling ‘like a zombie’ after being bitten by Britain’s only venomous snake

A student has told how a bite from an adder caused him to throw up in a pub and left him feeling ‘like a zombie from the Walking Dead’.

Sol Almond, 20, was walking along a woodland road on the way to the pub on August 3 when he stepped into undergrowth to allow a car to pass and felt a sharp pain in his foot.

It was later discovered to be a bite from Britain’s only venomous snake.

Britain has seen an increase in adder sightings over the past few months, with many of the distinctive zig-zagged snakes being seen on beaches – but bites are rare.

Once in the Pembrokeshire pub, he started to ‘sweat buckets’, felt faint and started throwing up – later on, his ‘whole leg’ swelled up. 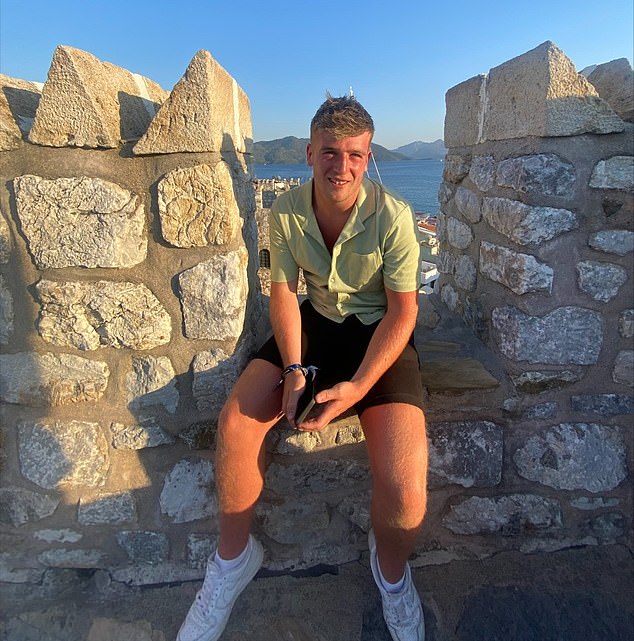 Sol Almond (pictured), 20, was bitten by an adder on August 3 as he walked along a woodland path on the way to a pub 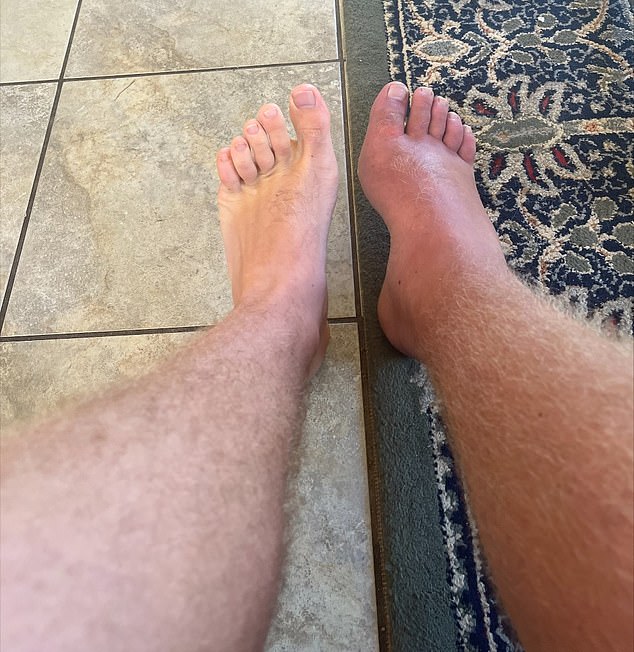 After he was bitten, Sol threw up, started to sweat, felt faint and saw his ‘whole leg’ swell up

The student from Cardiff Metropolitan University said his GP told him he must have received a ‘large dose of venom’ to cause such a severe reaction.

Sol went to A&E at Withybush Hospital, Haverfordwest, 13 miles from his home in Solva, Pembrokeshire, where the bite occurred.

It is likely that he accidentally stood on the viper.

Sol explained: ‘I felt a searing pain in my foot immediately but I thought it must have been a bee sting or something, even though there was some blood, and tried to ignore it – and carried on to the pub even though it hurt so much I was hobbling. 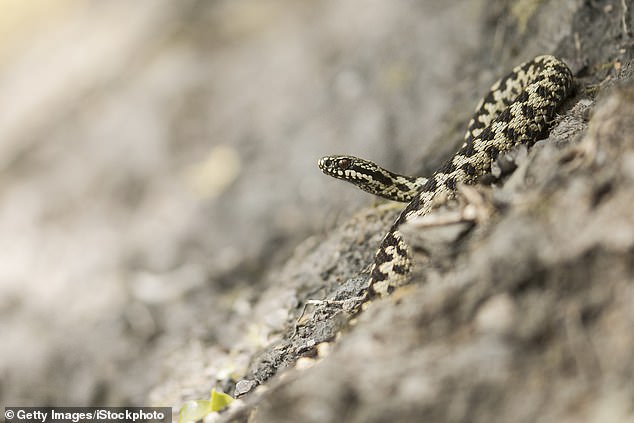 Adders are not usually aggressive but will bite if they feel threatened. Picture: file image

‘We ordered drinks and food and I tried to forget about it but I was getting worse and worse – my leg was hurting so much and I could feel the pain rising up from the foot.

‘I was sweating buckets too and starting to feel faint and then I started actually throwing up.

‘I realised I needed to get to hospital. I don’t remember much about the next couple of hours. I was drifting in and out of consciousness, and felt like a zombie from the Walking Dead.’

What should I do if I’m bitten by an adder (or any other snake) in the UK? 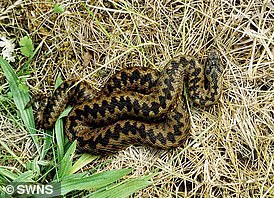 File picture of an adder

He said the nurse initially thought he was having a panic attack after being stung by an insect.

He felt confused and developed the ‘worst fever imaginable’ as his leg – and his lips – swelled up.

Later on two tiny scratch marks appeared where the fangs had gone in.

Around six hours after the bite, tests confirmed it was from a snake and he was immediately put on an anti-venom drip.

Sol said: ‘I think the delay, and the fact I put ice on the wound at first, which I later discovered tends to make the venom concentrate in one place, made the whole thing worse, but I’m on the mend now.’

Sol was discharged from hospital more than two weeks ago after the bite on August 3, but was walking on crutches until two days ago.

His discharge letter from hospital lists his injury as ‘snake bite’ and records that he was given ‘Viperfav’, which neutralises the venom of the common European adder, Vipera berus.

‘It’s taken me a while to get all the feeling back in my leg, but I’d say it’s about 80 per cent better now, so I’m pretty optimistic,’ he said.

‘Everyone who’s seen me on crutches assumed I’d twisted my ankle or hurt it playing sport, but when I tell them it was a snake bite, they just can’t believe it.

‘I guess we’re just not used to hearing about adder bites in this country.’

Snake bites are very rare in the UK, with an estimated 50 to 100 each year, but as the adder’s venom is intended to kill small mammals, fatalities are much rarer.

According to the Amphibian and Reptile Conservation Trust there have been only 14 recorded deaths from adder bites since 1876, the most recent in 1975.

The snakes are not usually aggressive but will bite if they feel threatened.

But at the start of this month there was a big surge in adder sightings on Britain’s beaches.

They are often found on the side of paths, on open heaths and on grassy banks.

Adders can be identified by a zig-zag pattern running along their backs.

They are venomous (organisms that bite to inject their toxins) rather than poisonous (toxins are unloaded when you eat them).