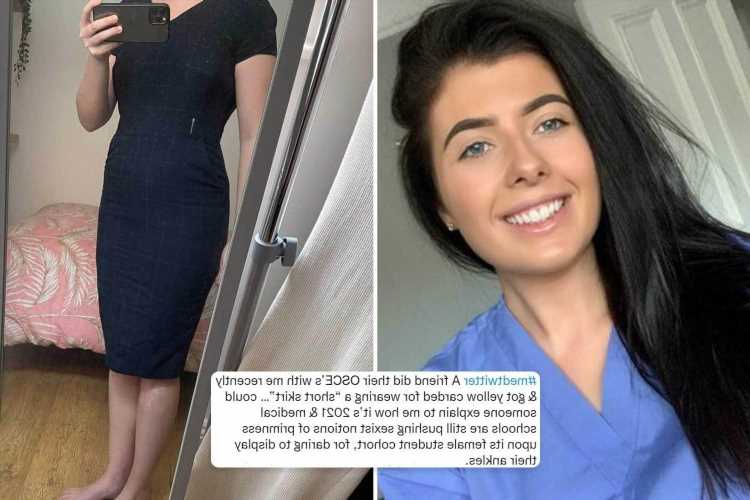 A MEDICAL student was shockingly slapped with a "yellow card" for wearing an "inappropriate" dress – that reached below her knees.

The woman, who goes by The Graduate Medic on social media, was reprimanded for her "short skirt" during a clinical examination as part of her exams. 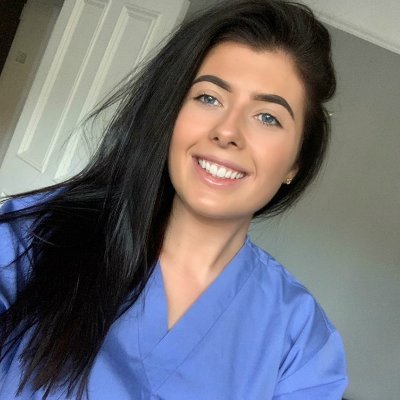 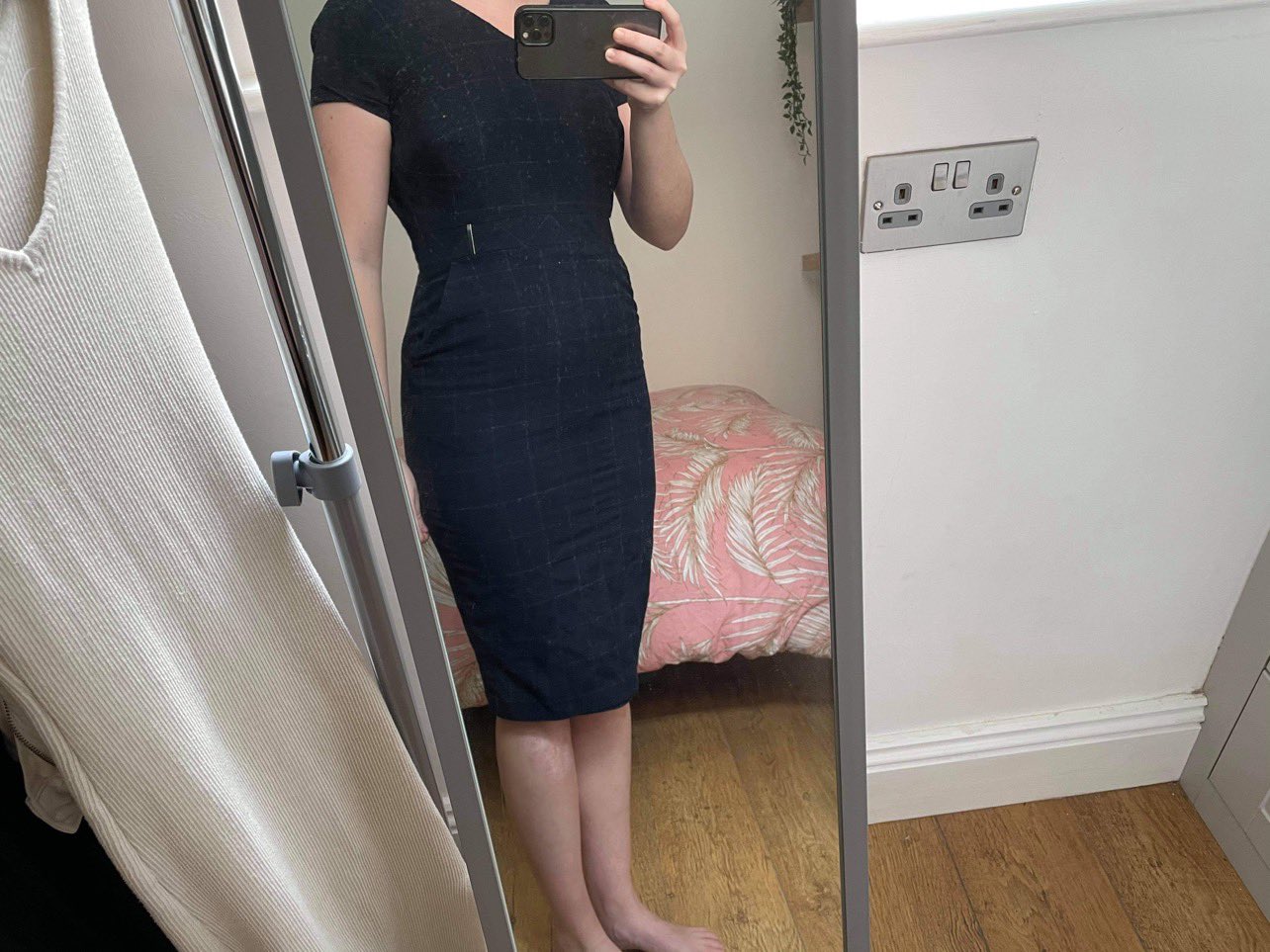 She complained about the warning to Newcastle University but claimed she was dismissed and told it was "the most inappropriate dress they had ever seen".

The student said the uni stated that "the examiner's word is final, the investigation is closed", while she added: "Isn't discrimination lovely".

She claimed the complaint detailed that she was not wearing "leg coverings" and that "subsequently, they wouldn’t want me to treat their friends or a family member because of it."

A pal tweeted a pic of her outfit, showing a woman in a dark dress that falls below her knees, while detailing the incident.

He wrote: "A friend did their OSCE’s with me recently & got yellow carded for wearing a "short skirt"… could someone explain to me how it’s 2021 & medical schools are still pushing sexist notions of primness upon its female student cohort, for daring to display their ankles."

Newcastle Uni has since been branded "sexist" by outraged social media users.

The university has apologised to the woman for the incident, but insisted "the comment was made by a role-play patient as part of an exam."

They wrote: "All comments made by patients in exams are passed on to students as feedback.

"However, we agree it should not have resulted in a yellow card from the examiner.

"This is why, when the concerns were raised with us by @thegradmedic earlier this year, they were investigated and the yellow card was rescinded.

"We would not want any student to come away from these exams feeling remarks like this in any way reflect the values of the University and the issues will be addressed in future examination briefings."

But The Graduate Medic branded their response "infactual information" and said the examiner had in fact also chastised her clothing choice.

She said the uni were "belittling the situation" and as no action has been taken against the examiner, it was "not an apology".

In response to their online statement she wrote: "This is infactual information.

"I had to lodge a separate concern to deal with the examiner, the concern was refuted, I was refused the right to not have the examiner again, and the University closed the investigation."

Newcastle University has received an outpour of complaints as people branded the incident "appalling" and "blatant misogyny".

The student has kept the details of the examiner private to protect their identity, but told her followers she was in contact with the British Medical Association and other organisations. 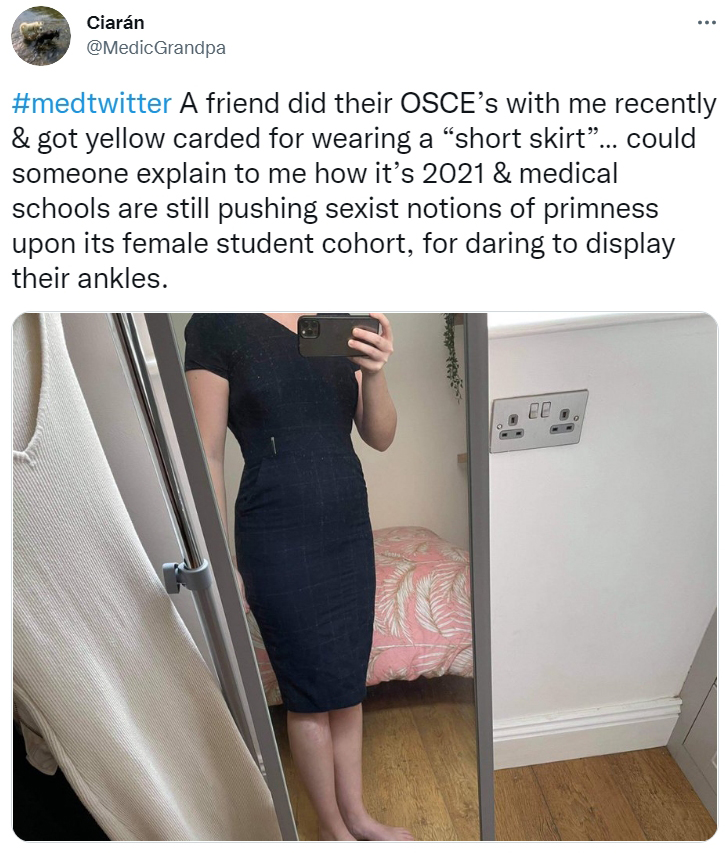 The Truth About Daniel Craigs Struggle With His James Bond Fame