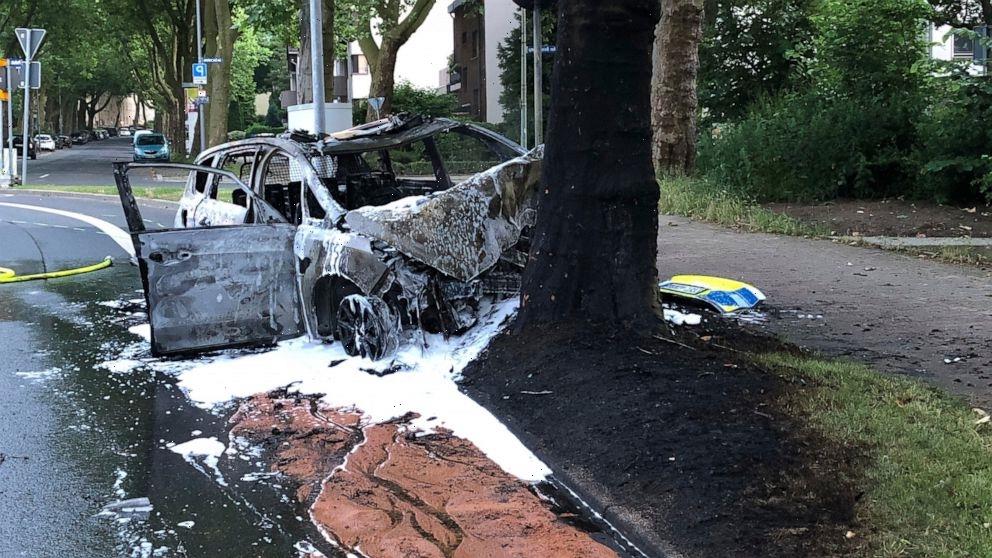 Police in the western city of Bochum said that the 24 and 30-year-old officers were on their way to a reported burglary when their vehicle crashed into a tree and burst into flames.

The students and a passing motorist pulled the injured officers from the wreck, police said.

German news agency dpa quoted a Bochum police spokesman saying that it was unclear whether the officers, who suffered serious injuries including fractures, would have been able to free themselves from the burning car.

The two officers were being treated in hospital and their lives were not in danger, the spokesman said.

‘You don’t get to tell me that!’ Naga Munchetty enraged at criticism of her painful memory
Recent Posts