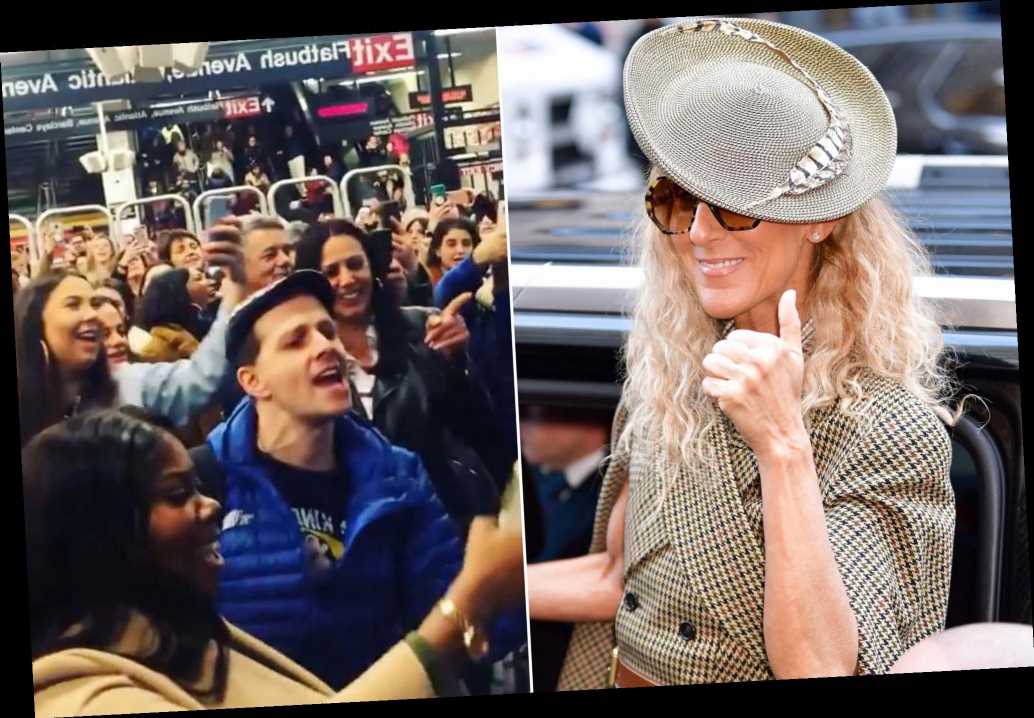 That’s the power of love.

Dozens of Céline Dion fans spontaneously broke into a jubilant rendition of “My Heart Will Go On” in Brooklyn’s Atlantic Terminal — because an extremely extra power ballad sung in unison with a bunch of strangers on the subway is just what we all need after a week of coronavirus panic.

The impromptu mass karaoke session erupted Thursday night after Dion’s Barclay Center concert. As fans were emptying into Atlantic Terminal, the show, and their hearts, went on.

“As I entered the Barclays station though to catch the N train, I immediately heard Céline’s music and my mood completely changed,” concert-goer Natalie Grillo told Gothamist. “All of these people who had just experienced the magic of Céline gathered to celebrate her music. We all got together to really belt ‘My Heart Will Go On.’ ”

Video from Grillo and others shows the crowd gathering near the exit on Flatbush Avenue and Atlantic Avenue, swaying to the “Titanic” theme — some using their phones as microphones, others gesticulating dramatically to the lyrics, as one does.

The group also sang the equally dramatic “It’s All Coming Back to Me Now.” Twitter user Alexandra Hurtado shared the heartwarming video, saying, “Reason #627373883 to love New York, a @celinedion after-party in the subway.”

“With everything going on in the world,” Grillo said, “this was just a great New York moment of humans coming together and it was pure bliss.”

Dion, 51, has taken her Courage show on the road with tour dates in Newark, Washington, DC, and Pittsburgh in the coming week.

In the meantime, she’s been subject to her own fan serenades, though perhaps less impressive than the Brooklyn subway choir. A fan was caught on camera this week belting out her hit song “I Surrender” to the legend in Manhattan. Dion graciously stopped her driver and listened to the fan’s song — which some on social media admitted fell a bit flat.