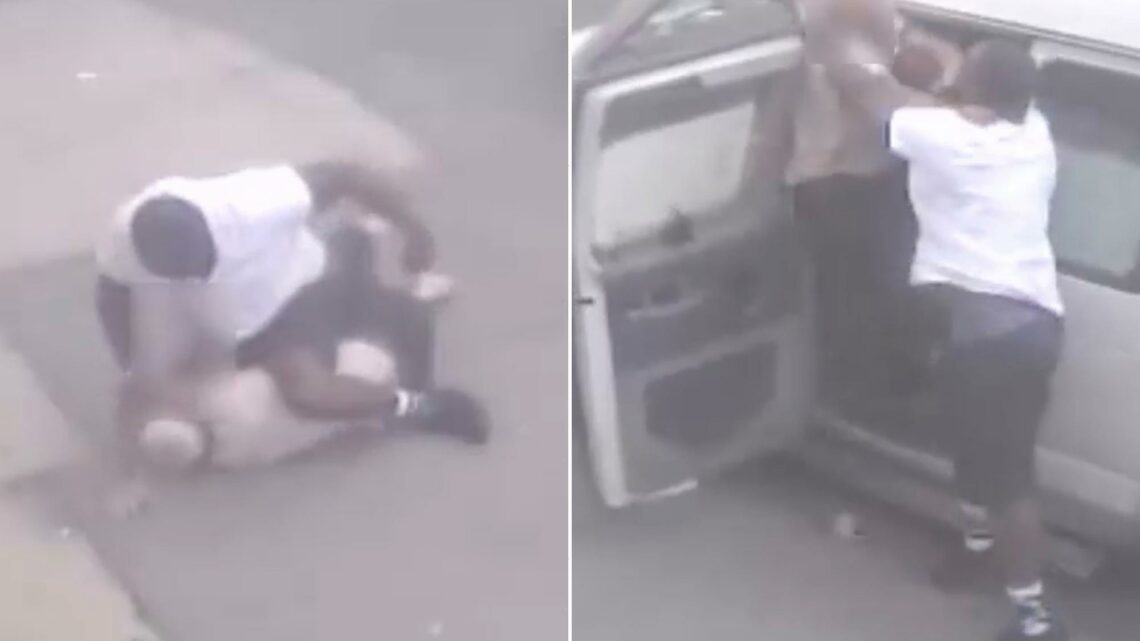 Suspect chokes, punches 64-year-old in NYC before fleeing in Mercedes

An assailant choked and pummeled a 64-year-old man in a disturbing Brooklyn attack last week — before speeding off in a Mercedes-Benz, new video shows.

The victim was arguing with another man at Eldert Street and Wyckoff Avenue in Bushwick around 6:15 p.m. Aug. 2 when his rival became increasingly aggressive, cops said.

Footage released late Thursday shows the suspect slapping, and then choking the victim as he attempts to enter a white van.

The suspect then repeatedly punches the victim and knocked him onto the sidewalk, the clip shows.

A bystander is also shown attempting to intervene.

The suspect then fled south on Wyckoff Avenue in a red Mercedes-Benz.

The 64-year-old man was taken to Wyckoff Heights Medical Center for swelling and bruising to his face and torso.