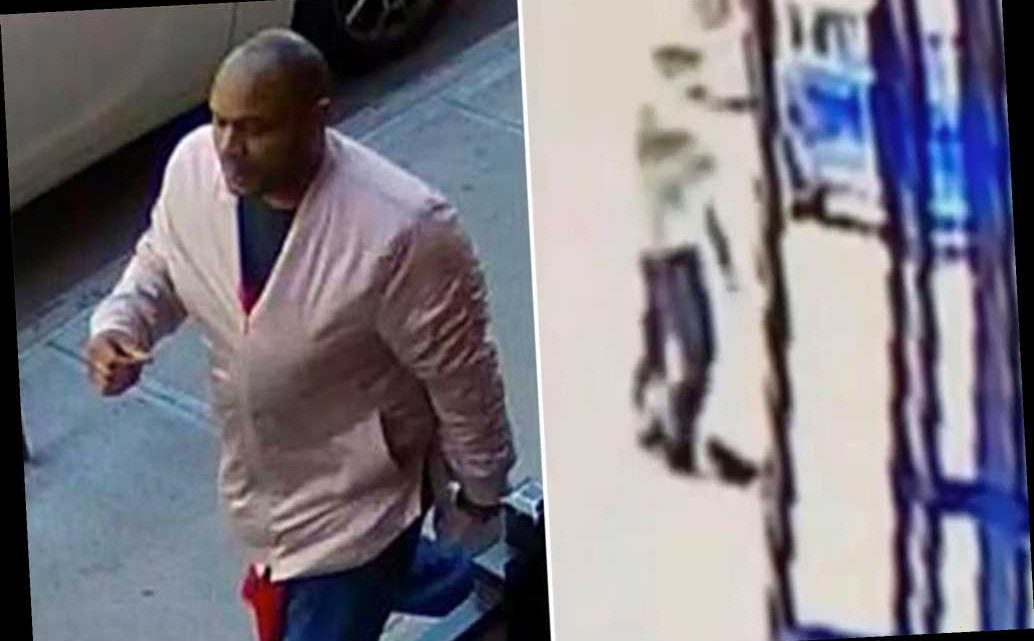 The race-hating suspect caught on video brutally beating an Asian woman on a Midtown street may be a local cook who pulled a steak knife on a guy right after the horrific attack, a witness claimed Tuesday.

Martin Todd, who works maintenance for a nearby building on West 43rd Street in Manhattan, said he was having lunch in his car between 11:30 a.m. and noon Monday when he saw the confrontation with the weapon.

“I saw the same guy … arguing with another guy,’’ Todd said — referring to the man who beat a 65-year-old Asian woman on West 43rd Street near Ninth Avenue around 11:40 a.m.

“He was a cook or something, that’s what it looked like,” Todd said of the suspect. “He had a red apron on, like a chef’s apron.’’

The men cursed at each other — then the suspect “pulled out a knife,” Todd said.

“It looked like a steak knife. … The other guy backed up, and the [suspect] walked up the block,’’ the witness said.

He said he believes the victim may have been trying to confront the suspect over the attack on the Asian woman.

Todd said it appeared that the suspect is the same man in both incidents because they each had a distinct red piece of clothing on them.

In surveillance footage from the anti-Asian attack, a long, brightly colored red cloth hangs from around the man’s neck as he attacks the woman, while later photos released by cops show a bright red cloth sticking out of his jacket.