Christmas has brought shoppers, diners, theatre-goers and even some office workers back into central Melbourne and Sydney, but the Victorian capital’s recovery is trailing that of its northern rival.

Sydney ended its lockdown on October 11 while Melbourne did not reopen until October 21.

Rebecca Yazbek, who has a foot in both camps through the Nomad restaurants she co-owns, says one city is definitely outperforming the other. 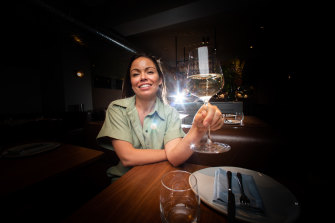 Rebecca Yazbek of the Nomad restaurants says people are in a celebratory mood in both cities. Credit:Jason South

“In Sydney we’ve come back with a vengeance,” she says. “Down here [in Melbourne] the city isn’t buzzing, there’s still some tentativeness. The roads are choked but the trams aren’t full. I think everyone’s driving; they’re not catching public transport.”

Foot traffic sensors in the Bourke Street Mall in Melbourne show pedestrian activity is busier on the weekends than during the week and last Sunday was at 81.3 per cent of pre-COVID levels. On the same day, Sydney’s CBD was at 87 per cent of pre-pandemic levels.

Ms Yazbek has operated Nomad in Sydney with her husband for eight years, and four weeks ago they opened their first restaurant in Melbourne. She says that in both cities in the lead-up to Christmas “every night feels like Friday night”, with diners keen to make the most of restaurants reopening.

“Everyone feels like they are celebrating,” she says. “Every table has oysters on it.”

But from her point of view, Melbourne’s city centre has recovered from the most recent lockdown more slowly than Sydney’s CBD. Turnover at Nomad’s Sydney restaurant is at 160 per cent of what it was at the same time last year while her Melbourne outlet is held back because she cannot get enough staff.

The most recent Australian Bureau of Statistics retail turnover figures are for October, and show a 13.3 per cent rise in NSW retail turnover to $9.89 billion. In Victoria, which was in lockdown for much of the month, turnover rose by 4 per cent to $7.4 billion.

SGS Economics senior associate partner Marcia Keegan says the recovery in retail spending in NSW was quicker because the people in that state were double-vaccinated faster and so saw restrictions ease more quickly.

“The recoveries are pretty much moving in time with their restrictions easing,” Dr Keegan says.

The Property Council of Australia’s CBD office occupancy data shows Melbourne was at 12 per cent occupancy in November while Sydney was at 23 per cent.

The council’s Victorian head, Danni Hunter, says Sydney had a head start on Melbourne in its return and its occupancy is coming back at double the rate.

“We have a very limited time to get this right,” she says.

“If we take too long, businesses in the CBD that rely on the presence of office workers and on high levels of foot traffic will suffer and their continuing suffering will mean that our city is less rich and diverse and exciting than it was.”

Australian Retailers Association head Paul Zahra says those retailers who have reopened are in for a blockbuster Christmas in Sydney and Melbourne.

“There’s certainly been pent-up demand in both states and everyone is out and about shopping,” he says.

“Businesses particularly in Victoria have been totally decimated because of the amount of lockdowns and they are looking towards Christmas for them to survive. To be honest, I don’t think in NSW it’s as desperate because it was only one significant lockdown and in Victoria it’s been a lot longer.”

The association is forecasting Australians will spend about $59 billion shopping over the Christmas period and Mr Zahra says this spending is on track and will be about 11.3 per cent up on pre-pandemic levels. 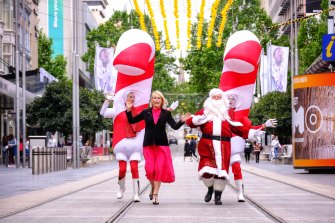 Melbourne lord mayor Sally Capp says it’s clear movement in the CBD this week is being driven by Christmas socialising and attractions such as the Myer Christmas windows.

“I think it is the festive season but it’s really boosted by that sense of celebration now that we’ve hit those incredible vaccination rates and our city is reopening,” she says. “It feels like Christmas has been turbo-boosted.”

“Almost as soon as COVID shutdowns were introduced, the doomsayers were predicting the death of the city,” she says. 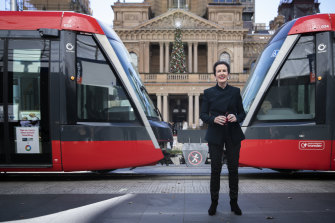 In Melbourne, since the easing of restrictions, there has been a significant improvement in the number of shops closed because of the pandemic.

The City of Melbourne’s November shopfront audit found 12.6 per cent of shops were closed due to COVID, compared with 46 per cent in October.

Sydney does not have comparable data.