The new Taliban-led government is yet to be announced almost three weeks after the militants seized control of Afghanistan.

Baradar, who is currently in charge of the Taliban’s political office, is set to be joined by Mullah Mohammad Yaqoob, the son of late Taliban co-founder Mullah Omar, and Sher Mohammad Abbas Stanikzai, in senior government positions, according to sources. 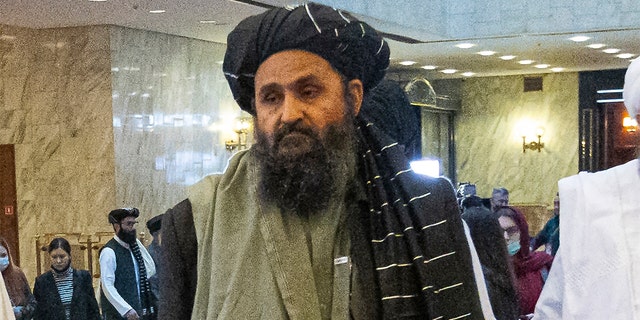 The Taliban’s supreme religious leader, Haibatullah Akhundzada, will also focus on religious matters and how to govern within the framework of Islam, a source added.

“All the top leaders have arrived in Kabul, where preparations are in final stages to announce the new government,” a Taliban official said.

Despite initially claiming to want to form a consensus government, the Taliban are now only considering one made up solely of Taliban members, according to sources.

The new government is set to include 25 ministries and a consultative council of 12 Muslim scholars.

Baradar, whose brutal history attracted the moniker “Baradar the Butcher”, arrived in Kabul two weeks ago to start talks about the new government.

He then became known for some of the Islamic militants’ most deadly tactics, including planting improvised explosive devices along streets their enemies would be on, calling the IEDs “flowers,” according to a 2010 profile in the Times of London.

He has been living in Pakistan where he was arrested in 2010 but later freed in 2018.

Baradar is the only surviving Taliban leader to have been personally appointed deputy by the late Taliban commander Mullah Mohammed Omar.

Taliban fighters – who seized control of Kabul Aug. 15 — are currently battling forces in the Panjshir Valley, north of Kabul, still loyal to the toppled government.

Meanwhile, in the wake of the deadly US withdrawal from Kabul earlier this week, the Biden administration has been pressuring Pakistan to help with terror groups including ISIS-K and Al Qaeda, Politico reports.

Pakistan, however, has downplayed what a Taliban-led government could mean for Afghanistan.

The discussions are included in emails and unclassified cables obtained by the outlet. In one exchange with a State Department official, Pakistani Ambassador to the US Asad Majeed Khan questioned reports that Taliban fighters were hunting down enemies.

The ambassador said the Taliban “were not seeking retribution, and in fact were going home to home to assure Afghans that there will not be reprisals.”

After Crushing of Apple Daily, Directors Resign From Next Digital Listed Company